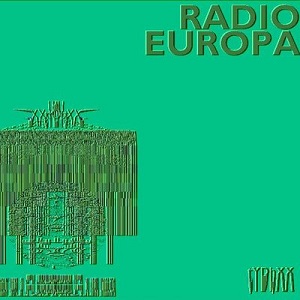 Appearing in Louder Than War’s Top 100 albums of 2015 with debut Rise Of The Gutterz Press And The Death Of Modern Thought was quite some feat. With little media coverage they had attracted the support of a loyal following that, via several secret gigs had projected them into the eyeshot of the most discerning music follower.

Less than twelve months after their debut long player (with a further EP released in December last year) they are back with thirteen new tracks designed to squash your brain to a pulverised mush and question everything that may have gone before.

Recent single Tak Tak Tak is here, slightly updated but confirming the promise of what was to come with TyDbXx. A secret act in many ways, they have shied away from media attention instead concentrating on engaged a baying public seemingly waiting for something new, and new is what they have been given.

TyDbXx is a far more accomplished affair than its predecessor. Mixed by the massively underrated Superhand at Malt Barn Studios, it grips from track one, Answers, with a light-hearted but concise listing of the meanings of life from guest Pulco before launching into the powerful Clickbait Tosh, a rambling cavalcade of indistinguishable reverbed vocals, massive electro tones and pulsing percussion.

The majority of vocals on TyDbXx are muffled and make the listener hone in intently, it sucks you in, it’s more than a collection of sounds, it’s an eclectic emporium of emotion and feeling that rises and descends on every note. 6,000 Hands sounds like it’s been lifted straight from some On U-Sound sessions and maybe Adrian Sherwood would do well to have a listen to Radio Europa.

Another guest appearance, this time by new act Equinox, shows the extremes to which the duo will go. Equinox are another spoken word act and their contribution, Josephine, tells of the untimely death of a girlfriend which goes from remorse to hate over a subtle yet dramatic backing. Cats Whiskers In The Wound sounds like a vocoder spewed up and torn apart, and Ghost In The House is both warm and haunting as it digitally throbs with a wonderful monotone voice.

In a world of predictable pop and overhyped mediocrity, listening to Radio Europa is a breath of fresh air. At less than twenty-five minutes, TyDbXx explores sounds and textures that have long been untouched. They may not be a household name, and may never be, but there is a huge cult following awaiting them and this new release further endorses their credentials as ones who were not afraid to be different.