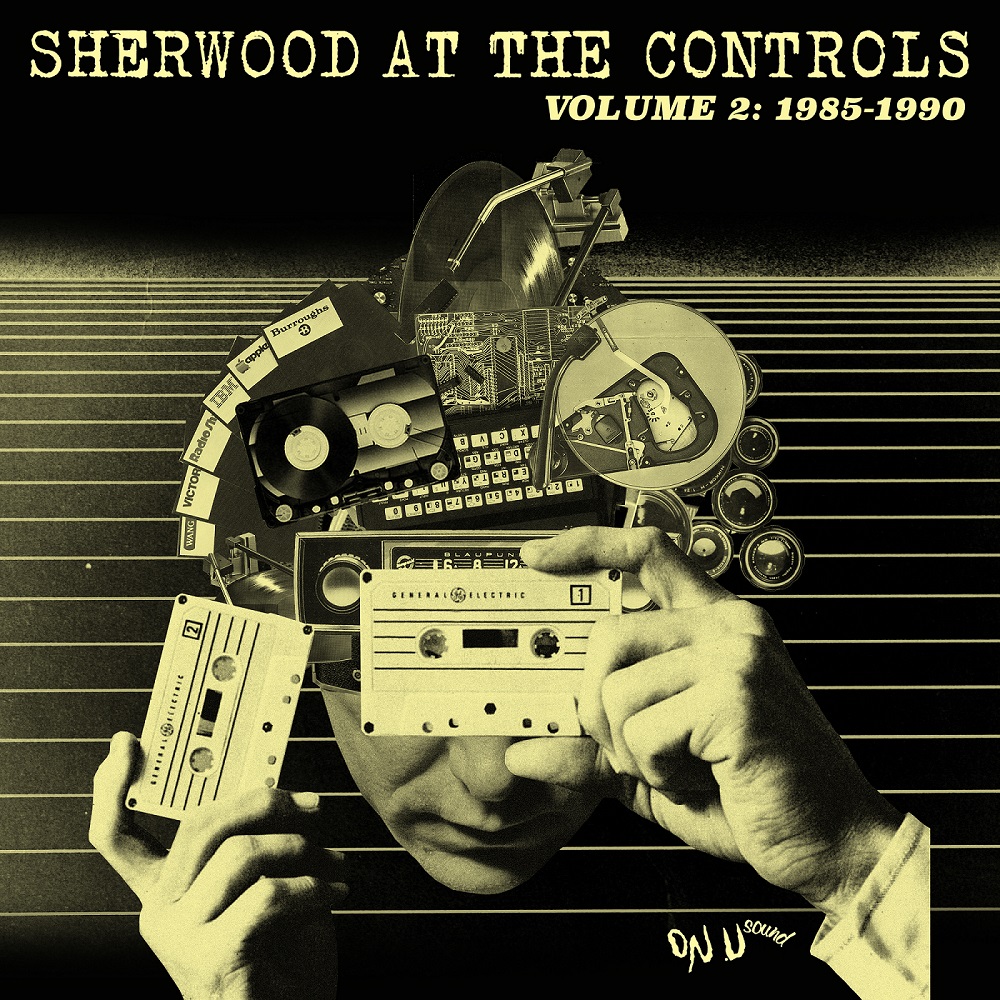 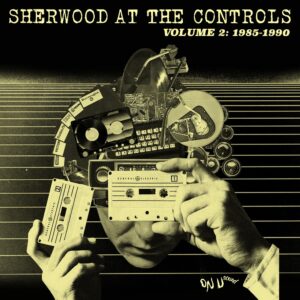 For many fans of On-U Sound, the period covered in this latest collection is absolutely indispensable. It marks the emergence of Sherwood as a key producer and remixer who became hot property and sought out by the likes of Nine Inch Nails, Cabaret Voltaire and Einstürzende Neubauten.

His soon-to-be trademark sound of beats and samples which have often been copied but never bettered, came after a meeting in 1984 with Doug Wimbush, Keith LeBlanc and Skip McDonald of Sugarhill Gang who would soon join forces as Tackhead (and Fats Comet) with Bernard Fowler. Both Tackhead and Fats Comet are represented on this superb collection in the form of Mind At The End Of The Tether (1987) and the highly infectious Don’t Forget That Beat (1985), and form an integral part of On-U history.

This second episode in the Sherwood At The Controls series features his early forays into electro, hip-hop, industrial and general noise all accompanied by his wonderful dub touches. The sound he created remain – crashing and clinical drum sounds, distortion and reverb are the general order of the day.

The scene is well and truly set with album opener, the 12” mix of Mark Stewart’s Hypnotised. A journey through incredible drum patterns and high pitched screeches it is as much a Stewart milestone as the classic Jerusalem as he shouts and wails through guitar throbs and seemingly random effects. Often borrowing from Fat Comet’s Deejays Dream (or is it vice versa?), it fuses the unlikely combination of punk, electro and hip-hop over seven easy minutes and also references the On-U compilation series Pay It All Back several times.

Where Sherwood came into his own is with his forays into dub and World music, and the endless chant on Masimbabele (The Unknown Cases) provides one of his many facets. A relationship with Lee ‘Scratch’ Perry which started in 1986 has helped revive the Jamaicans career and he now stands as one of the most pivotal and well-known reggae/dub artists in the World. Represented here by Music & Science Madness, Perry forms part of a five track end to the collection with unreleased material (side d of the vinyl set).

Keith LeBlanc and Dub Syndicate make appearances with tracks at less than one minute each which seem to serve as interludes to following tracks, the former to a Dance Mix of the classic Television by The Beatnigs and the later to the aforementioned Perry. Dub Syndicate also close the collection with Early Mafia, a lazy dub reggae jaunt which is nothing short of amazing.

In the wake of the sad loss of Prince, Pankow are here with their version of Girls & Boys. Originally from the Purple One’s Under The Cherry Moon, the Germans manage to mix punk with funk with Kraftwerk and create a lovable monster which has to be heard to be believed.

The swelling vaults of On-U Sound have once more been raided to provide an incredible insight into the man now in his fifth decade of music production and mixing. There seems to be no let-up in his popularity, but most of all the respect that so many artists have for him. Roll on Volume 3!