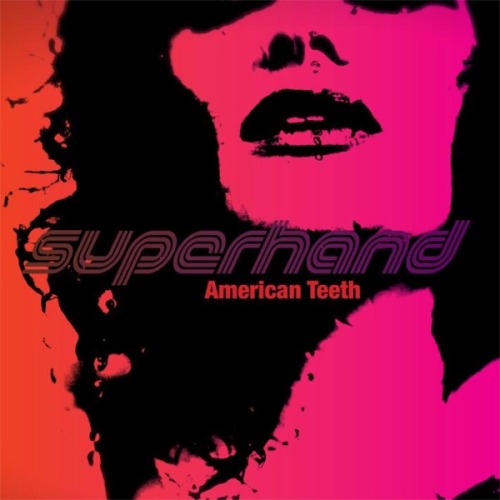 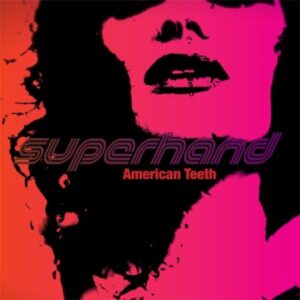 Make no mistake, American Teeth is fine stuff. With just seven tracks, Superhand have undoubtedly created one of the finest long players of the year fusing rock, electronica, blues and soul nothing more than skilfully – and bordering on genius.

Opener, the gargantuan Bass And Guns stakes a claim for being one of the best album openers ever. That’s no exaggeration. At over ten and a half minutes long it bridges and more than fills the gap that you didn’t know existed between Goldbug’s cover of Whole Lotta Love and Muse’s Supermassive Black Hole, but it’s also much more than that. From the opening piano led vocal of (what turns out to be the incredible) Inga Carlstrom, we are taken on a trip of rock and psychedelia driven power. As if that wasn’t enough, the song, which could quite easily have ideas for three or four separate pieces, throws in huge slices of honky tonk piano and even has time for a reggae interlude.

You will never have heard anything quite like Bass And Guns before, that’s a guarantee. With assistance from fellow band member Leck Fischer and guest artists including The Cure’s Jason Cooper and Jim Hunt’s brass section often favoured by the likes of Primal Scream and Amy Winehouse, it’s excessive sounding ten minutes flies by in a manic flash. It is, without doubt one of the best pieces of music you will ever hear.

How Superhand then continued to make the reminder of the album sound quite as good must have been difficult to say the least. Over a seven track album they do manage to again involve many musical directions making the whole affair one that is a ‘must listen’. Second track 360 Turns touches on Emiliana Torrini territory circa Life In The Time Of Science, where subtle pianos are allowed to stand up for themselves with strings and dramatic orchestration, but Carlstrom’s voice is again the pivotal focus.

Discipline Me sees the sound turn dirty electronica with driving guitar riff and crunching drum sounds which although bearing resemblances to Goldfrapp’s most exciting period between Black Cherry and Supernature, also attempts (and succeeds) in creating a pseudo masochist theme which leaves enough emptiness between instrumentation breaks to add to the overall eclecticism.

Slightly more experimental Crystal Piano turns the album on its head as its rock and blues direction then veers to a gentle wisp of an interlude which not only allows for respite but also for the reminder of the album to follow. Crystal Piano is calming but also interesting enough to allow for staying power and retains the interest quite easily.

Mass Pain builds on the piano theme, and the sequence of tracks on American Teeth slowly starts to makes complete sense confirming that album making isn’t just about throwing tracks together – it’s how they are presented that takes as much importance. Slowly rising to add quickening percussion halfway through it again drops to an understated sound. Penultimate track B-Books continues to slow the pace in time for the haunting brilliance of The Boy with its cinematic feel ends a quite remarkable album.

Almost in two halves of high powered rock then experimental meandering, American Teeth is a fine fine beast which on many occasion has to be heard to be believed.