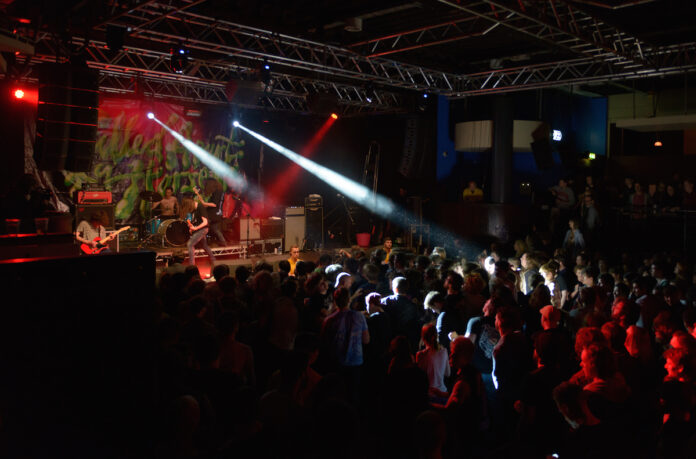 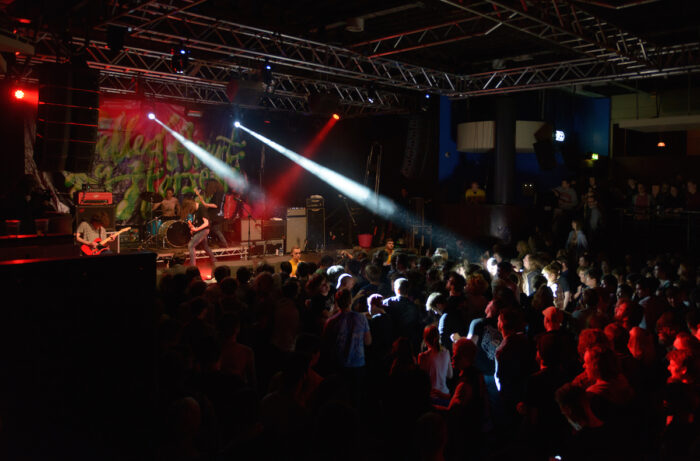 A phenomenal evening of music provided by three of Leeds finest bands, one hometown gig is often exciting but when you get three in one night it’s no wonder tonight’s crowd were completely over excited at the prospect.

One the eve of the Live At Leeds main event, the opening parties in the past few years have thrown up some awesome surprises. With the likes of Black Moth, Wet Nuns and the incredible Melt Yourself Down. Yet I can’t help but believe that tonight is going to eclipse all that have gone before, as three of Leeds finest heavier bands take to the huge Stylus stage at Leeds University.

First up tonight is a band that is very much on the up right now; Allusondrugs are receiving hype from all corners of the musical spectrum. My first experience of these guys was last years Live At Leeds and I’ve been hankering ever since to catch these guys again. Despite them constantly touring, but tonight all is rectified as this five piece burst on to the stage. 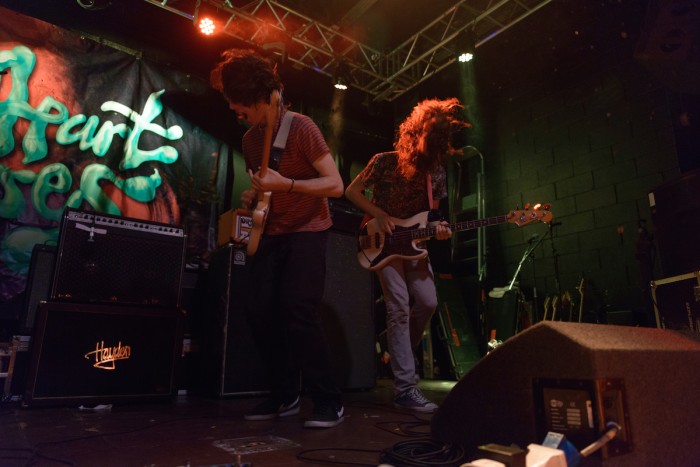 Wasting no time they set about annihilating this crowd with their own brand of alternative rock, with bands like this there’s normally an onus placed upon the frontman yet the whole band rule this stage. There’s so much action on stage it’s hard to concentrate on the tracks at times, yet tracks like Nervous and I should Have Gone To Uni really stand out.

With Allusondrugs providing the perfect warm up, Dinosaur Pile Up are hot on their tales though. Who again come out of the blocks firing on all cylinders tonight, this pumped up Leeds crowd responding accordingly. The venue is literally jumping as they blast through tracks like Mona Lisa and Peninsula.

It’s an incredible set that closes out on the epic 11:11, which has everyone in the room bouncing. There’s a sea of bodies flying through the crowd, it’s a real sight to behold and we’ve still got this evenings headliners to come. With this packed crowd at fever pitch, they give a raucous welcome to their hometown heroes as they take to the stage. 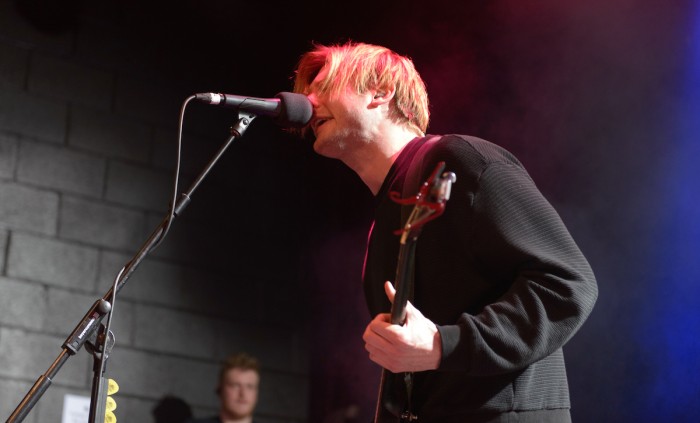 With two incredible sets before them Pulled Apart By Horses have a lot to live up to, but who are we kidding they’re one of the best live bands around. Wasting no time in getting stuck in to the phenomenal Hot Squash, with the crowd already riled it’s not long before the pints are beginning to fly and the pits have reformed. With I Punched A Lion In The Throat making an uncharacteristically early appearance, it doesn’t help to calm the mood as the band demonstrate that they’re in the form of their lives.

Some Mothers is greeted with yet another boisterous reaction from this heaving crowd, hometown shows are always fun but when you get three in one night it was always going to boil over. Pulled Apart By Horses set flies over in what seems like an instant, yet they do save their best until the bitter end. The opening chords of High Five, Swan Dive, Nose Dive ring out causing an instantaneous roar of appreciation.

At which point there’s a melee of bodies floating across the top of the crowd, as the pits become ever more consuming almost spanning the entire floor of the venue. When the band return the crowd are baying for more and they can’t resist giving us one more blast of an older track as Back To The Fuck Yeah rings out and causes yet another riot. In all though a hometown show is so much fun, but when you get three in one night all from incredible bands it quickly becomes a night to savour. Tonight was truly that with all three bands on fine form, I’m left shocked and aghast by their brilliance, but some credit has to go to the crowd who created the perfect atmosphere this evening.

Dinosaur Pile Up can be found online here dddpppuuu.tumblr.com. They’re also on Facebook and tweet as @DINOSAURPILEUP.

Pulled Apart By Horses can be found online here pulledapartbyhorses.com. They’re also on Facebook and tweet as @PulledHorses.