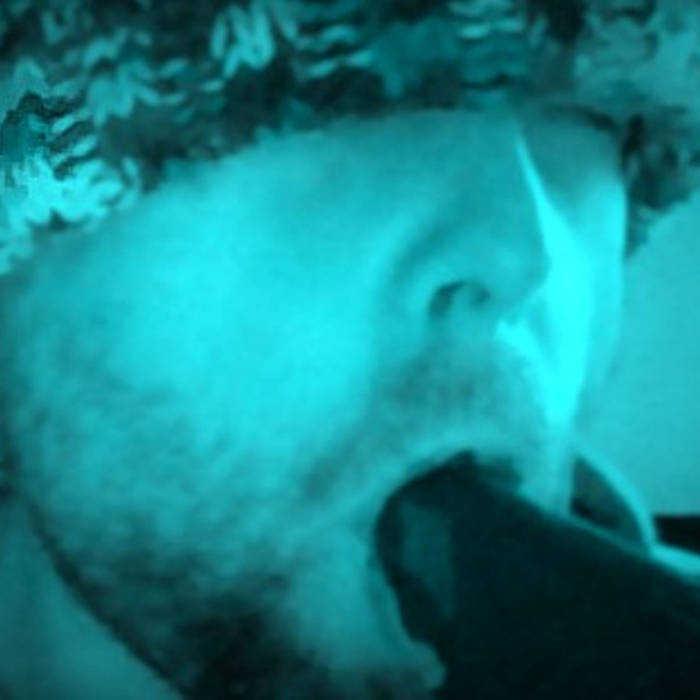 A disused quarry is the setting for a secret guerrilla by Radio Europa. Louder Than War’s Ioan Humphreys reviews.

Welsh experimental duo Radio Europa played a secret gig in the most random of places on Saturday 13th February. The ‘venue’ for this evening’s gig was a disused quarry on the outskirts of Swansea. It was pretty hard to find as quarries generally aren’t found on the local high street and tend to be badly signposted. However, the rain is holding off, and this natural amphitheatre is sheltering the growing throng of punters from the cold winter evening wind quite nicely.

In front of a small but dedicated crowd (30+) the duo played experimental cinema on cheap screens, blowing in the wind, for over an hour before taking to the stage (I say stage, it was just the floor with their equipment on it) and proceeded to deliver a set of mind-bending avant-garde spoken word that twisted gabber techno rhythms, sludge sonics and heavy distortion. Throughout the set, the mysterious duo hardly acknowledged the crowd and was lost in a world of their own creation, giving each other sly glances and nods looking to each other for aide in the squall they were creating.

Radio Europa have been slowly building up a following thanks to their inclusion in LTW’s AOTY ’15 list and some sporadic radio play but it is safe to say they are still a well kept secret, something the duo seem keen to stay as not for one second do they walk in the shoes of conformity. Vocals are sometimes distorted so much you couldn’t make them out at all whilst other times they were crystal clear, riding above the music telling us stories of murder, incest, and the destruction of politicians. In fact it seems the right-wing media and Government are the biggest targets for the band and boy aren’t they angry about things.

One highlight of the gig was the surprise appearance of spoken word artist Equinox who’s Josephine (which I am told is to be appearing on Radio Europa’s next full length LP) was delivered with laconic wit laced with the darkest humour. Equinox is someone to look out for in the future.

With the set climaxing in a flurry of beats and squeals, the band left without a thank you before reappearing amongst the crowd as the music kept playing.

For a two piece, this band really do make one hell of a racket! Their minimalist delivery is very reminiscent of early Suicide, and combined with the more abrasive aspects of their music, they truly are a frightening experience. Additionally, the harsh angular rocky surroundings of this evening’s gig just adds to the weird and unsettling feeling this duo give off. I love it! Radio Europa have triumphed in their own Pompeii tonight and I can’t wait to see them again. Maybe a disused factory next? Perfect!

Story Time Is In Session With Radio Europa

Trot On Swine The Time Is Thus

As The Birds Fly Above

The Damp On The Wall Is Your Friend

Timbre Under A Crashing Tide

Our Furry Little Friends Will Pass On The Disease Of Life