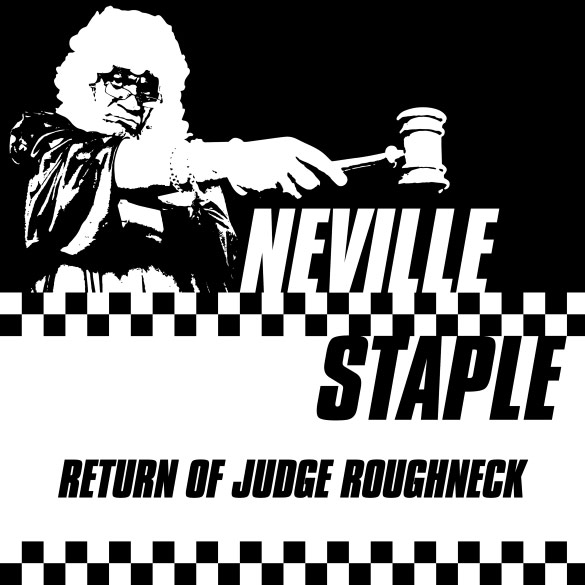 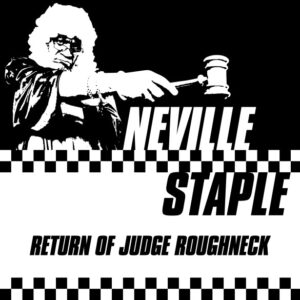 Let’s not get fussy here just because it’s the 21st Century because this album is straight out of the ’80’s with a time travelling bang and the opener Return Of Judge Roughneck is a serious dancehall classic. The horns, the dub delay, the toasting, it all flows together in such a familiar way it instantly makes you want to skank. “Ruffer than ruff, tuffer than tuff” is so catchy you’ll go to bed singing it. Bangarang is gorgeous and there is no escaping tapping the feet and singing along like you’re lounging around at the side of a crystal clear pool sipping a cocktail. Down My Street is strangely reminiscent of some kind of ’60’s pop classic from the likes of The Monkees mixed with Madness which feels weird but works really well and each track flows into the next nicely and it never loses its beat.

The Lunatics could have been written by The Specials but it also reminds me of Space with a strong political edg. With nice trumpet solos abound and spooky moogy theramin leads the lunatics are definitely taking over the asylum.

This whole album from start to finish is varied, fun, has a great groove and the production is very tasty. It doesn’t sound current but that’s no bad thing because it gives it a timeless feel which a lot of modern music struggles with. It’s well worth buying and putting on when you want to lift the mood, dance about, smile and generally feel good. It definitely lifts the blues from any day and the dub tracks are sweet with some nice twists in there. They sound much more current than the actual songs in the production which is expected and at times it feels like the dub mixes could be a little bit too stop/start for a classic dub fan’s tastes but times change and so does technology so it’s nice to hear new effects being used in a dub mix.

All in all old Nev has given us an album of feelgood music worthy of any reggae fan’s collection and even if you don’t listen to this style, it’s definitely worth your time (and feet!).

All words by Jay Stansfield via Paul Scott-Bates. More of Paul’s writing on Louder Than War can be found at his author’s archive. Paul’s website is hiapop Blog and you can follow him on Twitter here, and on Facebook here.