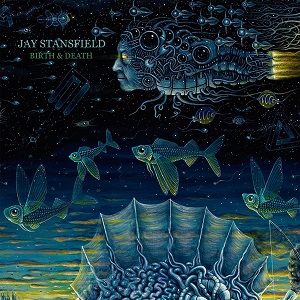 Jay Stansfield seems to be caught up in the beauty and wondrous world of 60s pop. That’s no criticism of his path and choice, in fact on the evidence given by Birth And Death it’s a magnificent selection and one which he is allowed to present his craft with a brilliant sincerity.

Twelve tracks allegedly encompassing his existence to date and following the journey from birth to death allow Stansfield to explore several styles, all with his own very personal touch. Production wise, the sound quality is nothing short of phenomenal considering that the album was recorded in true D.I.Y. style in Jay’s front room with iPad, lone microphone and a Yamaha keyboard.

What follows is an album of wondrous quality and interest as Stansfield journeys through the psychedelic worlds of LSD-ridden Beatles and Dylan-esque ramblings in an enthralling experimental style not dissimilar at times to that of Stephen Jones (Black Reindeer, Babybird). With sounds, breaks and effects that do not allow your mind to wander (take the stereo alternation and neo trip-hop of the fascinating Without A Memory), the listener is taken on a trip of quite compelling proportions.

Album opener My Last My Grain sets the tone early on with a Sergeant Pepper infused vocal over a semi-echoed drum beat and subtle acoustic guitars. The environment we are subjected to is refreshing and truly original. Sex On My Mind begins with a Mardi Gras section before it too makes way for beautiful guitars and gentle keys and eventual meteoric vocals and soaring chorus.

Where Stansfield maybe sets himself apart is in his originality and tracks like Soul Splitter can only add to his mystique as a double vocal meanders over almost random background noises. Stansfield has quite a voice.

Superman Thief is as solid a song as you’ll get and Furlongs Away is packed with sampled sounds, galloping micro-beats and general all-round cosy feelings. There’s often an undercurrent in Jay’s songs and listening carefully will expose you to some very clever wordplay too.

Birth And Death is, as the titles suggests an excursion through many styles and conundrums, and one which is well worth taking a peak at. 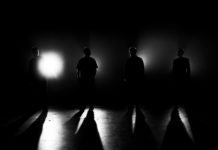 December 10, 2015
We use cookies to ensure that we give you the best experience on our website. If you continue to use this site we will assume that you are happy with it.Ok