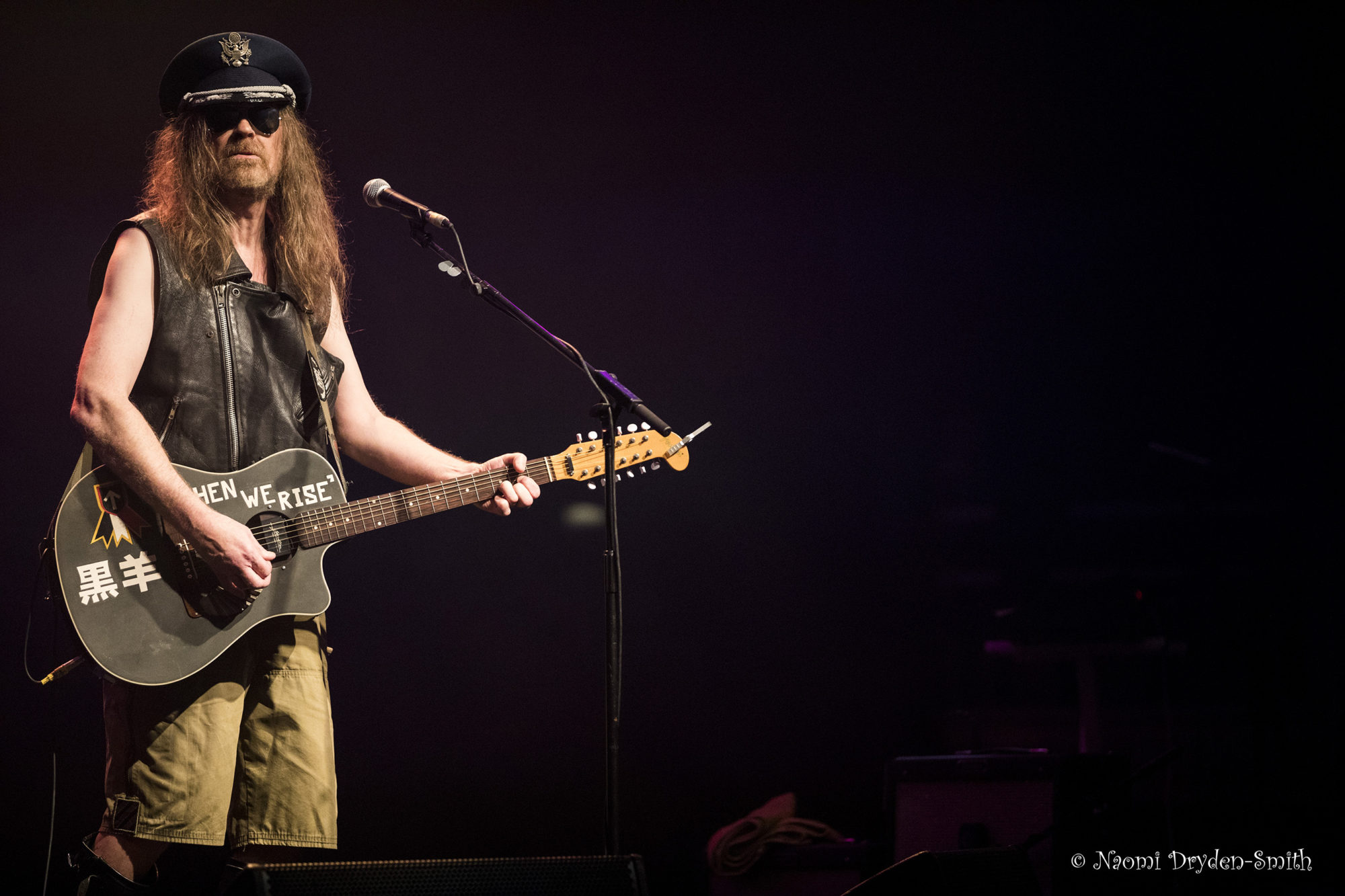 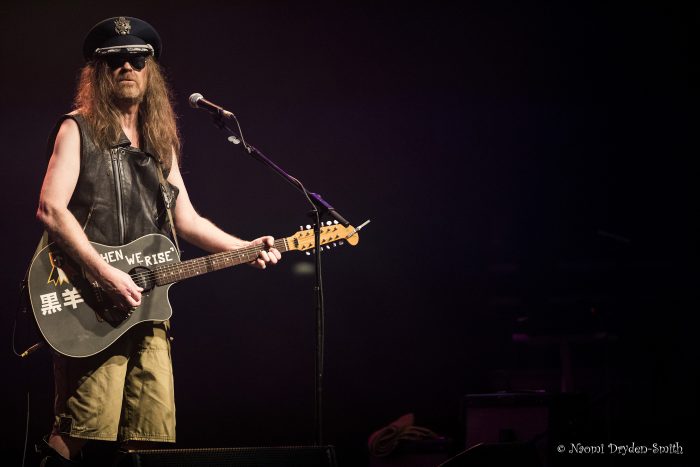 Julian Cope In The Round was the Roundhouse’s final jewel in a ten day run of significant performers – Naomi Dryden-Smith reports.

One of UK music’s most precious eccentrics, the Arch Drude emerges before his all-seated sold-out audience in his now-trade mark hat and shades, announcing “Great to almost see you…”. He is barely recognisable from the 80s indie star but his voice is exactly the same.

There follows an intimate evening, featuring stories about Avebury, psychedelic experiences (who knew there were 27 different types of magic mushroom?) and an impressively long and informative soliloquy on the history of Alexander Fleming (which almost distracts from the fact that the sound has failed), greeted by just a little friendly barracking. Eventually he completely gives up while the issue is sorted, and goes for a walkabout in the audience, greeting friends with hugs. 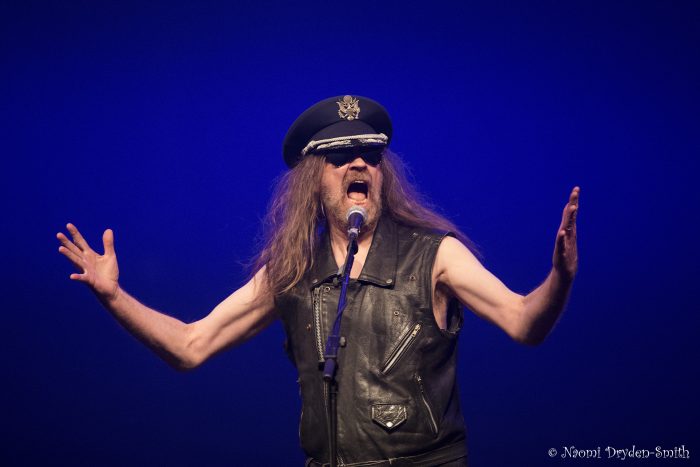 He’s promoting his new album Drunken Songs with tracks like Liver As Big As Hartlepool and As The Beer Flows Over Me and points out the irony of putting out a non-political album for a change at this particular point in time. That’s not to say that the gig is lacking politics – there’s a welcome appearance by the very catchy Cunts Can Fuck Off, a diatribe against fat-cats with it’s irresistible and ironic “ba ba ba ba bas”. Long time fans are in full force and are treated to two Teardrop Explodes songs, and we’re back in the ’80s for the encore with the brilliant Sunspots AND Greatness and Perfection.

This was another very special night in the In The Round series. Certainly great, definitely perfect

Drunken Songs was released on 3 February 2017. You can keep up to date with Julian Cope on Facebook and his official website

All words and photos by Naomi Dryden-Smith. You can find more of Naomi’s work for Louder Than War here, and she tweets as @nomeshome Also on Facebook and Instagram. Naomi’s Photography portfolio can be found here.