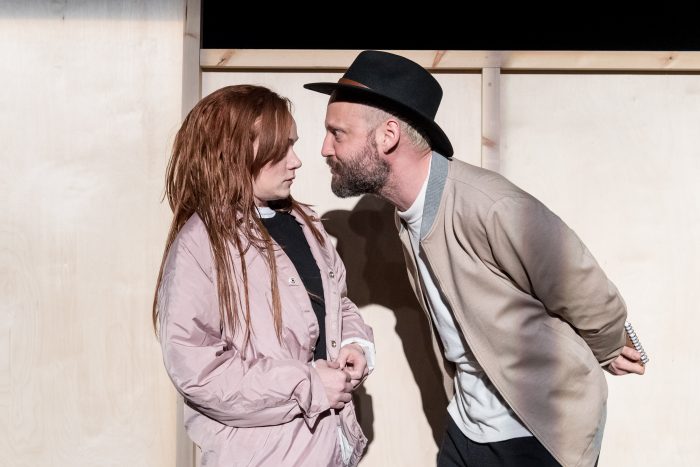 On its release the epic musical My Fair Lady won eight Oscars but it started life as a stage play, Pygmalion, about class and identity penned by George Bernard Shaw.

“Pygmalion is the story of Eliza Doolittle who is a Cockney flower girl picked up by Professor Higgins, an expert in linguistics, and taught to speak in the manner of a Duchess,” says Max Ringham. “The play centres round a bet between Professor Higgins and another linguist as to whether she can pass herself of as a duchess, and from there hilarity ensues.” 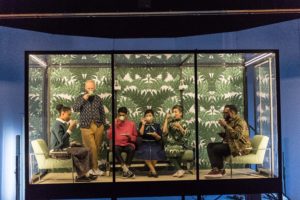 So far, so good but we are talking about Headlong here who have a well-deserved reputation for not doing anything conventionally, so if you expecting a version of the iconic movie – starring Rex Harrison as Higgins and a dubbed Audrey Hepburn as Eliza – then you are out of luck.

“It’s worth saying that Pygmalion the play exist in its non-musical form as it was originally written by George Bernard Shaw. It’s a version of the play that sticks very faithfully to the original text, but it as you would expect from a Headlong production it is quite progressive in nature.

“We are playing a lot with thinking about what a modern version of Higgins might look like,and what it means to manipulate a voice today, rather than at the time the play was written. So we’re working a lot with vocal techniques to do with recording and reproduction of sound.”

At its heart Pygmalion is a play about sound, and how it can be manipulated, so it’s not surprising that Headlong have brought in the brothers who have worked with Nicholas Hytner at the National and in the West End allowing them to indulge their experimental side.

“It’s been quite incredible as one of the techniques we use is lip sync, so there is an entire scene where the majority of the actors are voicing voices that we have pre-recorded. We went out and recorded a variety of groups reading this scene getting over 20 recordings, and we played around with them in rehearsals working out which would work best.

“It’s a complete variety of voices geographically, in social class, ethnicity and it was a very strange experience for me as I sat in the studio going through all the voices, and I found myself feeling like a Higgins. I was analysing the differences and drawing conclusions in my head about the people on the basis of what they sounded like, which is essentially what the whole play is about.”

The Ringhams have worked with Headlong before and Pygmalion director Sam Pritchard has encouraged the brothers to really challenge his cast sonically.

“To their credit they have all got onboard with it, and it is not an easy thing,” notes Ringham. ”I understand that for an actor where your voice is your craft that it is an incredibly daunting prospect to be told we are going to put some complete stranger’s voice in your mouth. I guess people are used to that sort of thing in TV, but it very different thing in theatre, and they have all given it 100%.”

The Ringhams are one of the increasing number of former rock musicians who are now plying their trade in the theatre. The brothers started their sound career as producers for seminal dance label React, before forming Superthriller who released four albums and supported Beck on his Guerro tour. After that project finished they switched genres and have been involved in more than 40 major productions.

“I think theatre feels like a very exciting place at the moment and there is always crossovers with art forms. But over the last 10 or 15 years sound in theatre has grown up, and the technology available has improved, so the sort of techniques that are used in lots of other forms are now available in theatre so people are keen to use them. People being able to use that sort of technology means their skills are now much more transferable to theatre.”

But are the brothers concerned that punters might wander in expecting big costumes, as the cast belt out numbers like Get Me To The Church On Time, whereas the reality will be a cast in modern dress lip syncing the diverse voices of today’s Britain.

“I think at its core that Pygmalion is a work that everyone knows and loves, so I hope it will engage people on that level. There have some many iterations of it from the first Pygmalion to My Fair Lady and films like Trading Places, so the idea of transforming someone’s social class is a great story.”

All words by Paul Clarke. You can read more from Paul in his author archive.