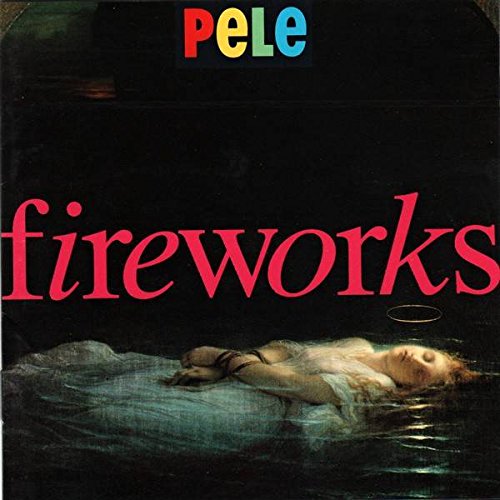 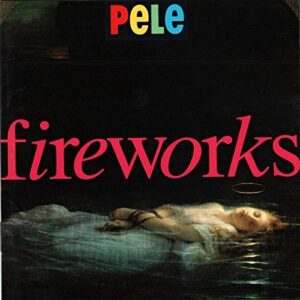 We all know twenty-five years is a long time in music. Who remembers Kingmaker, Don-E or L7 from 1992? Ask the same question of Pele to any discerning music fan and the answer is an immediate positive. Pele represented something special, they were the sound that many bands tried to create but did half-heartedly or failed. Despite having no Top 40 hits to their name, they have become enshrined in British musical history.

The beginnings were small for the band from Ellesmere Port, but live dates around Liverpool and Chester soon attracted attention from record companies the keenest being M&G who had the band recording with Gary Langan (a founding member of Art Of Noise and engineer for Trevor Horn, he also produced albums for ABC and Spandau Ballet) within a matter of weeks.

The result was Fireworks, an album so vibrant, riotous, colourful and lively that it still resonates with the working classes of today. Shrouded beneath gorgeously poppy arrangements are fine words from frontman Ian Prowse, (whose current resurgence has seen him release one of the finest albums of 2016 in Companeros), which contains wonderful songs of protest going slightly unnoticed to the paying public.

First single, Raid The Palace did little to hide Prowse’s contempt for the British sovereignty, something which he stills fails to keep hidden in 2017, and whilst it didn’t make an impact on the UK charts it did serve as an excellent vehicle for Pele and their accompanying TV appearances. The second single came in the form of Megalomania which crept into the charts at number 73 and also provided them with a number 1 in South Africa!

Fair Blows The Wind For France gave Pele their biggest hit reaching the dizzy heights of number 62 and might just make you think you’ve heard a riff from Abba’s Waterloo. Sly Times has an intro not dissimilar to The Beatles and Searchlight may have a melody that reminds you of Northern Soul classic What by Judy Street. It’s an album that is as energetic and unforgettable as it was when it was released and it doesn’t seem to have aged in the slightest – because, great songs don’t.

The title track, and final single was pop genius combining a fiddle riff with a brilliantly catchy chorus and a verse hook that was hard to let go. It bounces along relentlessly for four glorious minutes which seem like many more and is the difficult choice for highlight of the album. A Kings Ransom combines Buddy Holly rock n roll with incredible horns, and Oh Lord ends the album as dynamically as it started.

Comedian and fan Chris Addison says of Fireworks “It’s a grand ride”, and he isn’t wrong. It is a timeless album, an album that forms part of the tapestry of British Indie music history and one which will delight fans old and new for many years to come.

Prowse and his band will be playing the album in full on a UK tour starting on Saturday 11 March.