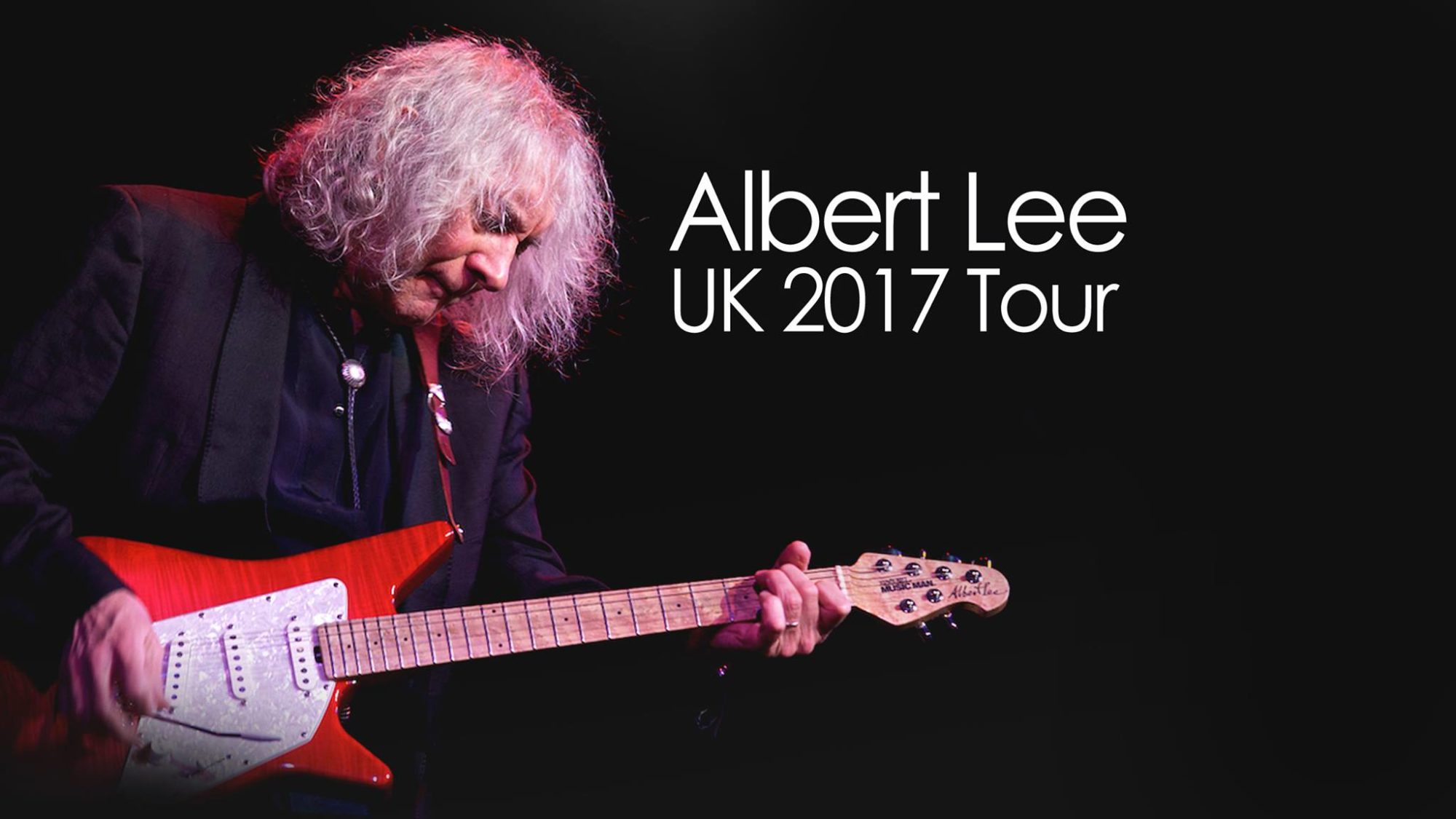 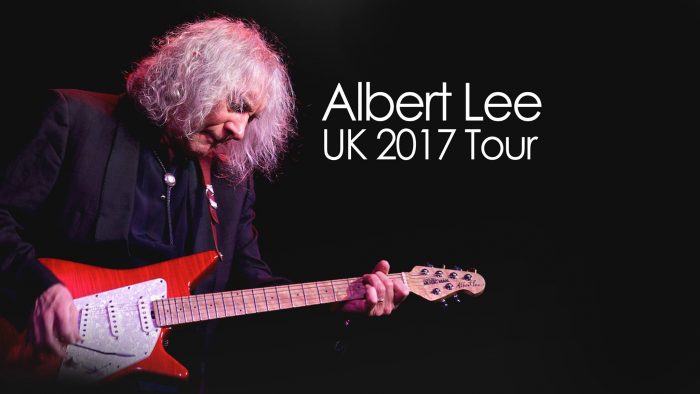 Albert Lee returns to his old Soho stomping grounds to play a dazzling set that saw him mixing Rock, country and rockabilly with gusto. Louder Than War’s Craig Chaligne reviews.

In 2015, Albert Lee and Hogan’s Heroes chose to close an association that started in 1987. Assembled by pedal steel player Gerry Hogan to back Lee on his European tours, this rotating cast of musicians went their separate ways as Albert wanted to concentrate on US touring to spend more time near his family. However the demand to see Albert in the UK is still very strong, enough to coax him into coming over with his American musicians for a whole month.

Leicester Square Theatre is primarily known for being a stand-up venue but in recent years they have been including more and more musical performances in their schedule (Loudon Wainwright is playing a four night residency there at the end of this week). Perfect in size, it feels intimate without being cramped. The surprise of the evening was an excellent opening set by singer songwriter Emma Stevens who armed with her guitar and ukulele managed to win over the audience (even leading them in a very tuneful singalong on a cover of Elvis Presley’s “Can’t Help Falling In Love”). Her third album “To My Roots” will be released later this year and she’s touring the UK in June.

After a five minute break, Albert and his band took to the stage and after thanking the audience for coming along launched straight into a spirited rendition of Fats Domino’s “I’m Ready”. Numerous musicians could be spotted in the audience (Chris Farlowe, BJ Cole, Hogan’s Heroes bass player Brian Hodges) enjoying the music with the rest of the crowd. The setlist  including numerous songs Albert used used to play with Hogan’s Heroes but the difference is that Albert sung them all.  His love for country music was displayed on great versions of two Gram Parsons songs (“Wheels” and “Luxury Liner”) and also tunes by his former colleague in Emmylou Harris’s Hot Band, Rodney Crowell (“Song For The Life” and “”Til I Gain Control Again”). The show was first and foremost centred around the songs but Albert certainly gave the guitar buffs in the audience a run for their money with extended solos on Richard Thompson’s “Tear Stained Letter” and on his signature tune “Country Boy” from his days in “Head, Hands and Feet”. Albert rarely goes for obvious choices when choosing the songs he covers, playing “Rockin Around With Ollie Vie” over its A-side “That’ll be the Day” and airing an excellent song entitled “Spellbound” penned by another Emmylou Harris collaborator (and former husband), Paul Kennerley. The second half of the show saw him switch to keys for a couple of numbers including a wonderful take on Jimmy Webb’s “Highwayman”. Albert let the music do the talking for most of the evening but gentle prodding from the audience managed to coax him into recounting how he got to know and work with the Everly Brothers. Special mention has to be given to Albert’s musicians, Will MacGregor on Bass, John JT Thomas on Keys and Ollie Sears on Drums who backed him perfectly.

A heartfelt tribute to the unwell Glen Campbell (“A Better Place”) followed by a incendiary version of Johnny Burnette’s “Tear It Up” closing off the performance.