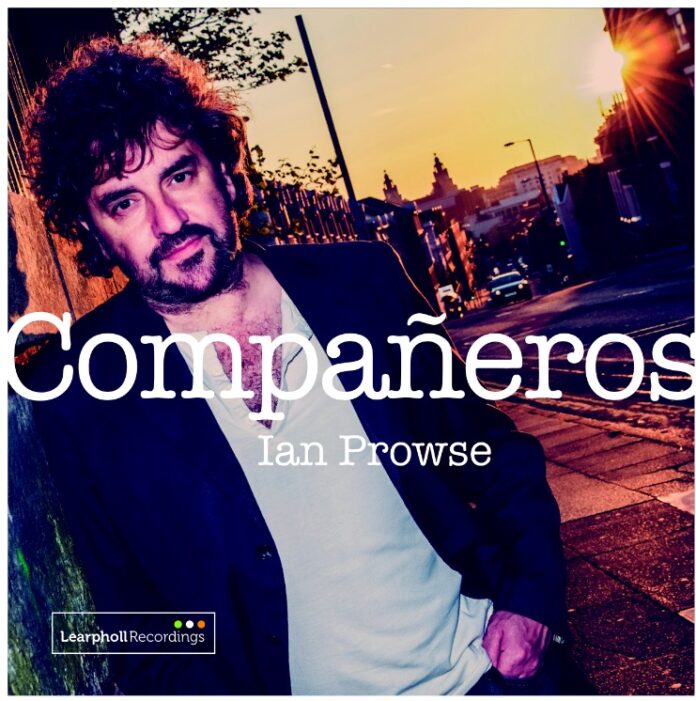 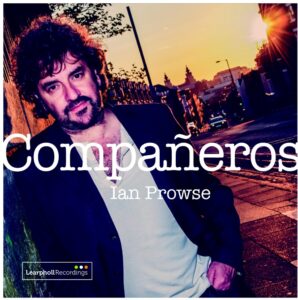 There’s four songs from Ireland, three from Liverpool, two English, one Scottish and one Cornish. It’s an album of cover versions that isn’t. It is, because they’re tracks written by other artists. It isn’t because they’re tracks which you probably haven’t heard before. Ian Prowse gives the tracks his own unique touch and Compañeros is born.

Often sounding like a cross between Dick Gaughan and close friend Ian McNabb the album is a great listen with tracks which come from the heart and soul. Following his striking debut Who Loves Ya Baby from 2014 which spurned the brilliant I Did It For Love, Prowse has re-interpreted eleven tracks including Name And Number which appeared on the Sport Of Kings album by his former band Pele.

Kicking off the album with Town And Country Blues it’s pretty clear that it’s going to be a mixed bag. The song is given a slightly more disciplined feel than the madcap version from Jim Jiminee and is probably the catchiest thing on the album as horn and accordion give the song a tremendous lift.

There are gentle moments too in the shape of single Mississippi Beat (Cousin Jac) performed with Pauline Scanlon of Lumiere, You Can’t Win The All Mum (The Lost Soul Band) and Eion Glackin‘s What Am I To You, which are soon smashed away by Derry Goal (Alan Burke) with its ironic humour and prison life tale.

Johnny And Marie originally performed by Liverpool’s Up And Running is another lively track which will have you singing the song long after its ended and the wonderful My Name Is Dessie Warren takes pride of place. Written and originally recorded by Alun Parry is tells the story of the 1970s construction worker, who along with a certain comedian and actor Ricky Tomlinson was imprisoned for allegedly conspiring to intimidate the then trade union movement.

Closing with over nine minutes of the revamped Name And Number is an uplifting end to an album which transcends many styles along the way and celebrates some great songs which have been forgotten over the last twenty five years.