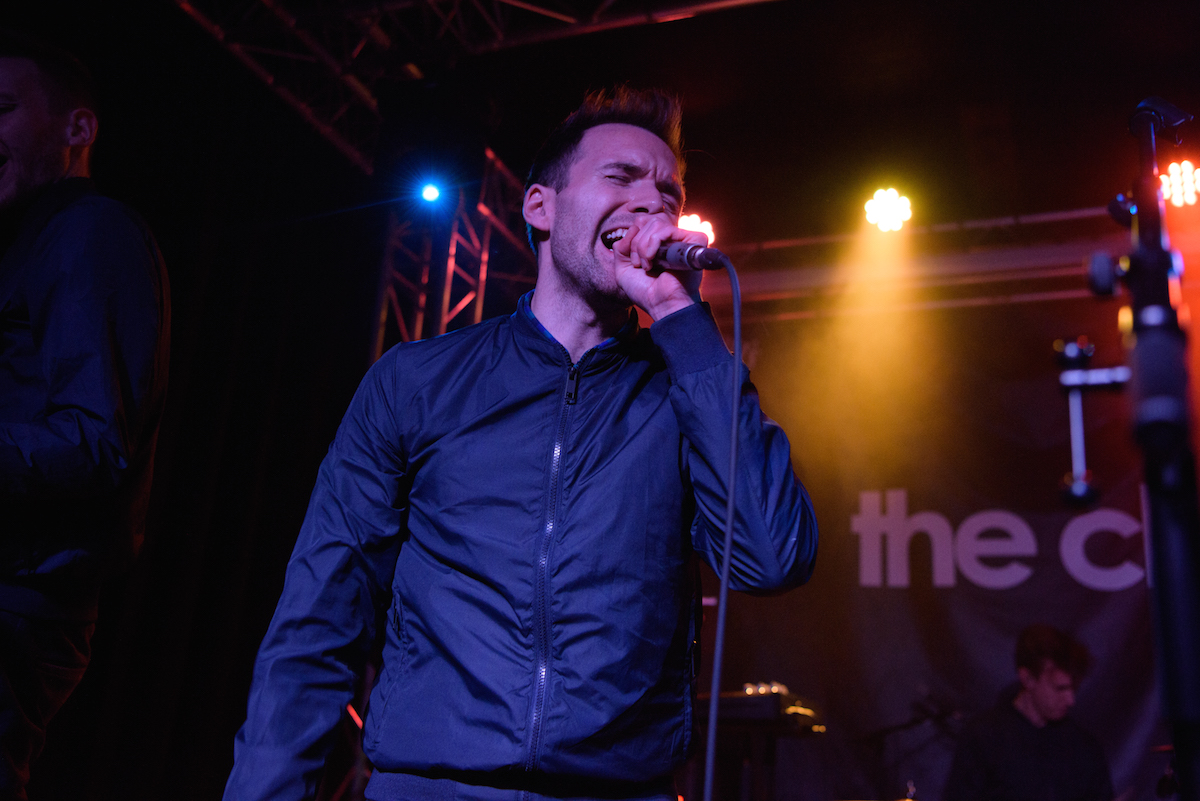 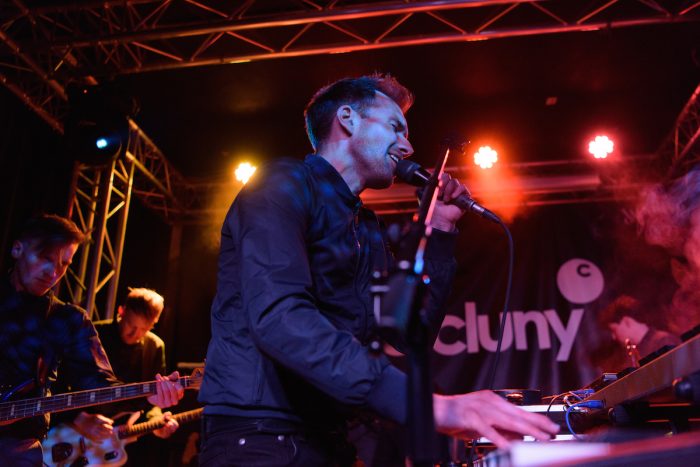 Dutch Uncles are always an exciting live prospect, but Big Balloon has really brought out the best in them and tonight they create a true party atmosphere!

Having just released Big Balloon to rave reviews for it’s excited and upbeat tracks, Dutch Uncles have hit the road to bring these new songs to life. First up are a band who’ve been described as the stadium rock version of Field Music, such a description is pretty accurate. SLUG haven’t been around for a little while, but tonight is almost a home town show and the huge early turn out is a testament to that. 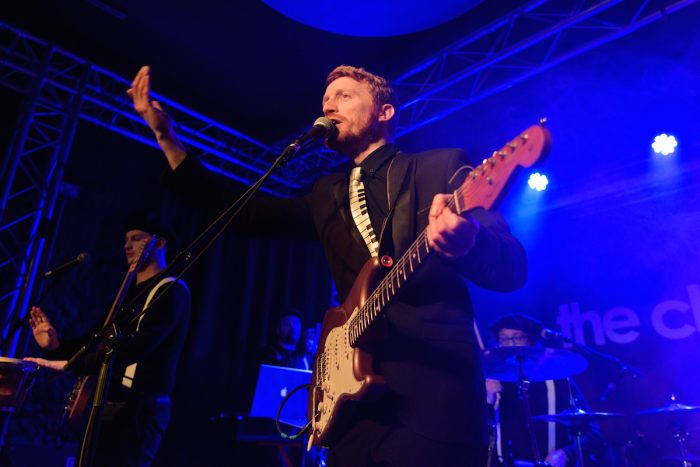 Ian Black and his band are in high spirits as they take to the stage and open up with a blistering rendition of Cockeyed Rabbit Wrapped In Plastic. There’s always an air of humour to their set and fortunately tonight is no different, their off kilter unclassifiable tunes incite enthusiastic sing-alongs. Whilst at the same time leaving the packed crowd aghast with their exceptional instrumental tracks.

This jovial set undoubtedly warmed up the crowd in preparation for Dutch Uncles, whose equally genre-less odd pop was soon to take centre stage. Tonight it’s a frenzied start from the band as they open with, Baskin’, Bellio and Cadenza all of which are high tempo and get the crowd moving and sustain the frivolity of the atmosphere in the room. Their previous album O Shudder lacked the instant earworm worthy tracks, whereas this appears to have been rectified on Big Balloon. 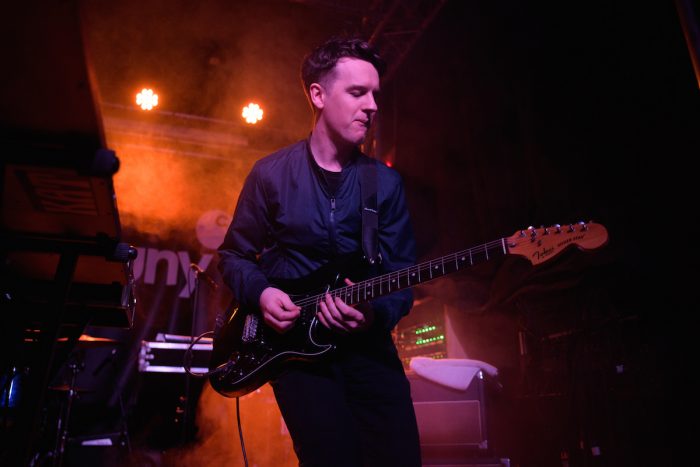 Allowing them to sustain the excitement in the room, with tracks like Oh Yeah and Streetlight its hard to stop your feet from getting carried away. The infectious grooves and chant-along lyrics invoke similar sing-alongs to SLUG, particularly as they close out the set with their latest hit and title track Big Balloon. The thumping beat and instantaneously catchy lyrics ensure that the band leave on a high, only to be coerced into coming back for the obligatory encore.

Rousing renditions of Flexxin and Dressage close out proceedings leave this packed crowd on a high after two equally impressive sets. With Big Balloon Dutch Uncles have re-affirmed themselves as one of the finest, yet most underrated bands that the UK has to offer. Their insatiable grooves and excited lyrics make for the perfect evening.