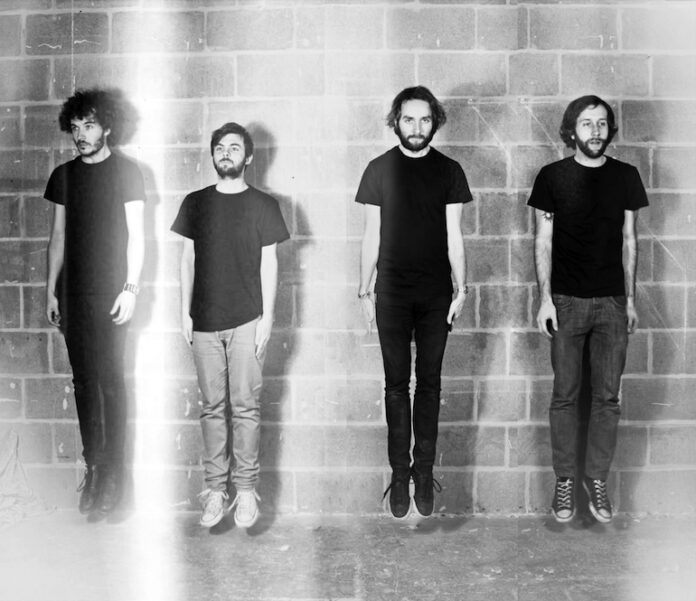 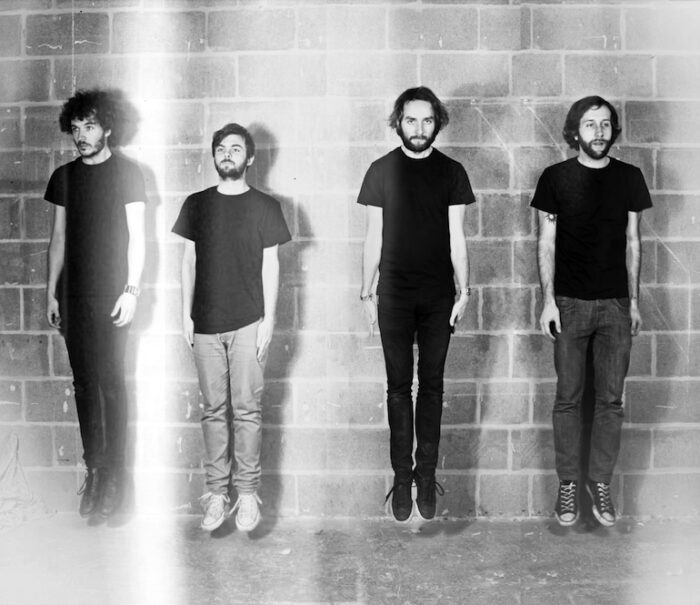 Life After Death: an interview with Spectres about their recent Sonic Cathedral released album.

We’ve been repping Bristol based noiseniks Spectres pretty hard on Louder Than War now, ever since we first stumbled across their sonic manglings over three years ago. Their first mention on these pages was a brief one in May 2012 as part of a review of Simple Things, and since then it’s been one glowing account after another as we’ve premiered videos and reviewed them both in the live arena and the recorded one. So it’s probably safe to say that it came as a bit of a shock to a lot of people when we broke ranks with the rest of the world’s music press by giving their recently released debut album a decidedly lukewarm review. Was this the end of a long romance? Well, no, it ultimately turned out, as we were soon back in relatively fawning form reporting back from their recent show at The Lexington. All through this time Louder Than War’s Ben Tansey had been working away on an interview he’d done with the band on album release day. Ergo, they don’t get a chance to respond to the album review here, sadly, but they do say a lot how they’ve wound up where they are today, what they think of the response to the album, their recording process and future plans amongst other things.

But before we crack on with Ben’s Spectres interview, let’s remind ourselves of what Spectres sound like via their video for Where Flies Sleep:

It’s entirely fitting that we’re sat around a small table in the well-worn staff room of Rise record shop to reminisce about Spectres’ colourful past, celebrate the success of the present and speculate about the future. Adrian Dutt, the band’s guitarist, works here and it was here that he and Joe Hatt, label partner and singer / guitarist, discovered the songwriting talents Oliver Wilde, Howling Owl’s most successful signing to date and unwitting accomplice in Spectre’s rise to acclaim. It’s release day for the band’s album “Dying”: they all look excited and more than a bit relieved.

“It’s just so good to finally have it out!” says Joe.  The record has been finished for nearly a year – the second and final mix completed in September 2014 – but changes of plan have seen the release delayed. Spectres were reluctantly going to release “Dying” on Howling Owl until a chance encounter with Sonic Cathedral gave them the opportunity they were looking for to work with another label. The relationship with Sonic Cathedral has allowed Spectres to reach a wider audience and given them room to forge their own identity separate from their feathery home. Joe continually praises everything Sonic Cathedral have done for them, citing the label as an aspirational benchmark for Howling Owl.

After two and a half years together they released the excellent “Hunger” EP.  It was a fierce statement of intent from four young men from north Devon who bonded over a shared love of Sonic Youth and A Place To Bury Strangers.  “Hunger” punished unsuspecting ears with swirling feedback, stop / start tempos and relentless, biting riffs. But there were also tunes, hidden somewhere within the reverb, and even parts which one could mistake for a chorus. And they were catchy. 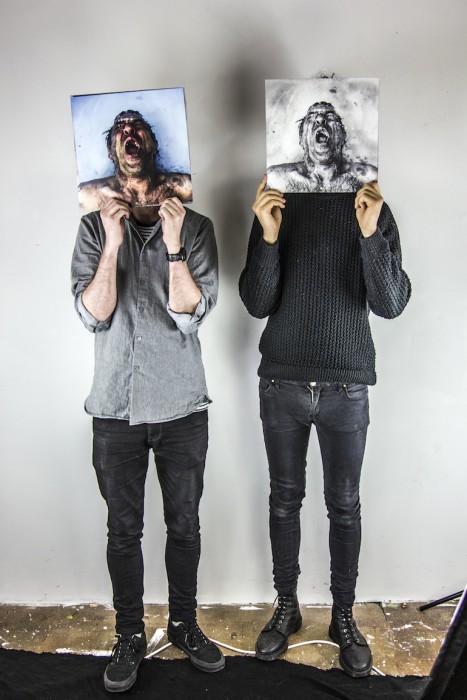 That was two years ago and whilst Spectres may bemoan the length of time it’s taken for “Dying” to see the light of day the last 12 months have seen momentum for the band really build. They released the “Too Pure” single to much acclaim, supported Lorelle Meets The Obsolete on their UK tour (“We learnt so much on that tour” says Joe) and signed to Sonic Cathedral.

Last summer saw the publication of a two-page profile of Howling Owl in the NME. Whilst, assumedly for the sake of narrative and drama, the David verses Goliath trope was exaggerated, there is much truth to the struggle the band found becoming part of the Bristol circuit. “We wanted to slot straight in and play some shows,” says Joe, who goes on to tell me about being bared from the now defunct Croft for not bringing enough people after just one gig. In the long run this rejection probably did them good, forcing the band to make their own shows and build their own community, but the story highlights a keen thorn in the side of the Bristol music scene: promoters who value ticket sales above nurturing quality local artists. Although, perhaps this isn’t just prevalent in Bristol. In this vein we also discuss the effect of booking agents refusing local supports: “We really wanted the Thurston Moore gig!” laments Joe. Agents are denying local bands support slots in favour of acts from their own roster. Nice for the bands who get to play, but for local scenes it’s removing that next step up and access to wider exposure. Even the headline bands have no say in the decision!

Spectres don’t bother with such luxuries as a booking agent, drummer Andy Came does all their booking, as well as holding down a full time job. He, and the rest of band, are all visibly tired, slumped around the table; a weekend of shows and a Monday at work have clearly taken their toll. “I wouldn’t have it any other way though,” he says. “Some people go to work, come home and watch Eastenders – that’s the highlight of their evening. I couldn’t do that.” Their relentless work ethic might necessitate a few more cans of Red Bull, but it’s so much a part of the band’s identity.

Whilst the album carries the Sonic Cathedral imprint everything else is as DIY as it ever was. It becomes obvious throughout our conversation that Spectres enjoy the freedom being in complete control brings. Sometimes it’s a freedom they exercise most mischievously. Several days prior the band put a stream of the entire album online, except it wasn’t quite what fans expected; clicking onto the SoundCloud link they discovered the album barely audible above the sound of, yup, a running stream. They also claimed in a recent interview with NME to have a celebrity fan in Charlie Dimmock, which, Joe informs me, is sadly untrue, as is Andy’s rumoured ivy allergy. It’s the kind of behaviour larger labels might disapprove of. Fortunately for all of us with a sense of humour, Sonic Cathedral and Howling Owl couldn’t give two hoots (…sorry). 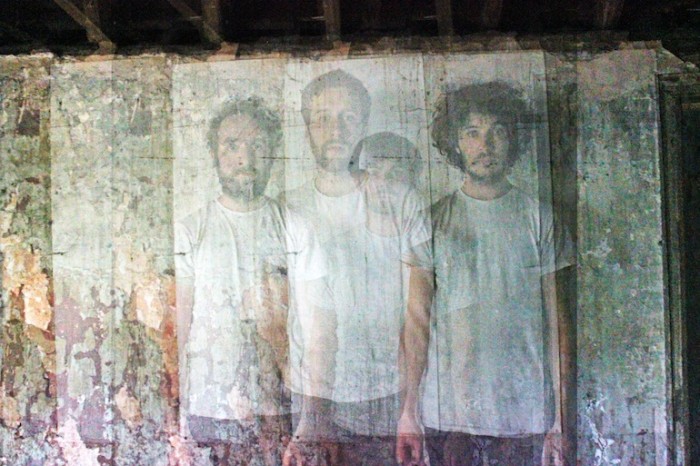 The spirit of mischief runs through Spectres’ planned Record Store Day release.  Tired of how the majors have hijacked the event as an excuse to re-release old material, the stubborn focus on product-shifting and the suggestion that record buying is only for one day, Howling Owl and Sonic Cathedral have paired Spectres with tour mates Lorelle Meets the Obsolete for a split 7″ a la Mudhoney and Sonic Youth which sees the noisy oiks covering each other’s songs. The best part? Only one record a day will be made available for purchase, online (recordstoredayisdying.com) and at assorted shops and galleries. It’s clever, it’s a bit cheeky, it’s very Spectres.

The album has received a great deal of acclaim from all corners of the music press. NME awarded “Dying” 9/10 and declared it album of the week, smaller publications have likewise praised its brave and uncompromising aesthetic.  The boys are overwhelmed and humbled by the response, pleased that so many people seem to get it. Theirs is not an easy music to “get”, it doesn’t conform to what a mainstream audience wants to hear; you can dress a song up in whatever clothes you like, you give it some catchy hooks, audible lyrics and a sing-a-long chorus and a lot of people are going to like it. With “Dying”, Spectres have moved even further away from the traditional song structures of the “Hunger” EP, and they weren’t that close to begin with.

Part of the Spectres sound is down to how the band write and rehearse. Joe confesses there are times when no one’s really sure what the others are playing, but they know when it feels right. No one comes to rehearsal with prepared ideas, instead songs grow organically through experimentation and improvisation; texture and mood trump hooks and licks every time.

I’m not surprised to learn that Spectres don’t consider themselves a typical rock band.  I’m not sure they even think of themselves as musicians, but when I suggest they are perhaps artists first and foremost no one seems to agree, although I suspect modesty and a lack of pretension is the reason for their skepticism. Some time ago the band collaborated with visual artist Sophie Hoyle at the Project Native Informant gallery in London (where they met Nathanial of Sonic Cathedral) and found the process just as interesting and rewarding as making the album, perhaps even more so. When I ask if they’d like to do something similar again all four reply enthusiastically in the affirmative.  It seems to me that Spectres have no intention of following the same tired route as everyone else – rehearse, record, tour, repeat – it’s quite likely they will pursue a myriad of creative and challenging projects and go wherever the feedback takes them.

I ask about future plans and aspirations. Bassist Darren Frost makes it known immediately he’d love to play Barcelona’s Primavera festival, whilst Joe says they’d love to tour abroad and see more of Europe and the US. So earnest were their initial expectations, the band have already achieved everything they thought possible.

When one of the biggest names in ‘alternative’ music is Royal Blood we desperately need bands like Spectres (one need only glance at their Facebook page to see the hilarious feud that exists between them). They’re confident in their ability but humble with it, they’re charmingly self-deprecating and don’t take anything for granted. Everything they have they’ve earned through hard work, determination and sheer bloody mindedness. They refuse to play any kind of corporate or mainstream game – indeed they take joy in subverting every expectation – and whilst such an ethos is unlikely to land them a slot on Jools Holland they can sleep at night (providing it’s warm enough in the van) knowing what they’re doing is real and authentic.

Spectres website is here: wearespectres.com. They also have a Facebook page and are on Twitter as @wearespectres. Dying can be purchased from Sonic Cathedral’s Big Cartel.