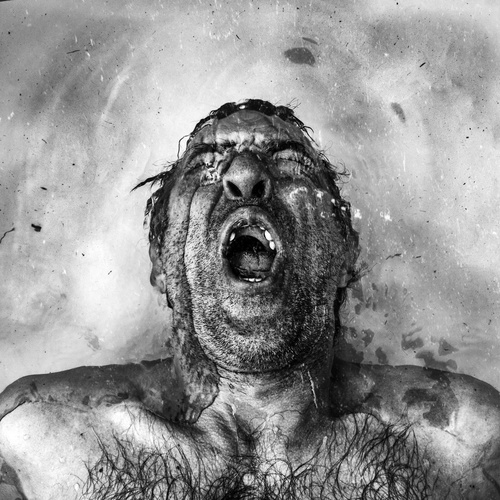 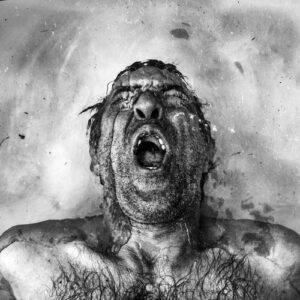 After what seems like a terribly long wait Spectres finally released their debut album on Monday. So has all the hoohah around it been justified? Philip Allen spills the beans.

Most reviews begin of course with a biographical summary of the band but since Louderthanwar have covered Spectres many times (e.g. here!), I am going to jump right in to the debut release from one of Bristol’s freshest talents.

After intently listening to ‘Dying’ for the required three listens it takes to form an opinion on these such things, I am left with a bittersweet taste in my mouth. Their visceral take on the whole shoe gaze / experimental noise genre finds it’s home on the stage, and anyone who has seen them perform live can attest to being blown away by their intense scrappy aural assault. The question remains though, can they translate their kinetic energy onto this debut long player?

I’m still not sure. The instrumental opening track, ‘Drag’ immerses the listener into its industrial soup and it does feel like we are drowning in sound and it isn’t necessarily a good feeling. Much of my doubts are dispelled as, ‘Where Flies Sleep’ moves from the white noise into a sonic juggernaut, bullying the listening into submission, deftly translating all of that pent up magnetism. It is a very strong opening indeed, but as soon as the next track, ‘The Sky Of All Places’ takes hold, what becomes evident is that Spectres are playing their hand early in the game. The dynamics are set; the lolloping drums, the monotone vocals, the squalling, frenetic guitars simply jumping from chord to chord and back before galloping away with itself. A formula developed by Sonic Youth (who they owe a great deal to) thirty years ago and copied ad nauseam by themselves and many others.

‘Family’ treads the same path and as catchy as it is, I am not hearing anything new, which is a pity. I really don’t want to slag this band off, they have a hell of a lot going for them, but if you’re wearing your influences on your sleeve then you’d better not be wearing a shirt that’s from Primark. The slowing atmosphere of, ‘This Purgatory’ is aptly titled. It feels like walking through glue getting to the end, feeling like an endless cycle of predictability. The vocals moan as if bored with it all and frankly, I am, because it never seems to rise out of the mire it is so lovingly wallowing in. The next three tracks, ‘Mirror’, ‘Blood In The Cups’ and ‘Sink’ give us nothing we haven’t already heard already.

My attention peaks at ‘Lump’ which has some amazing guitar sounds, again, but the vocals are so one dimensional it all bleeds into itself making a ‘mush’ of its intentions. If they are being inventive then it has got lost in translation somehow. I have no doubt that these songs will work better ‘live’ but it must work on record too right? The opportunity to add to the genres they are playing with seems to have been lost. Last track, ‘Sea Of Trees’ begins hopefully as they take a more melodic route, sounding similar to Slint with a harmonic guitar riff to die for, but it soon descends into a noisefest stretching it all out to a tedious nine minutes.

Many will tap into what these guys do very well and be happy with that, but I had great expectations which were quashed after the first listen. Don’t take my word for it though, have a listen, it might be right up your street and with most bands, seeing them perform live it all makes a lot more sense, but for me they aren’t bringing anything new to the table, which is a pity.

Below: official video for Where Flies Sleep, directed, filmed and edited by James Hankins.

The album’s currently being toured round these places: