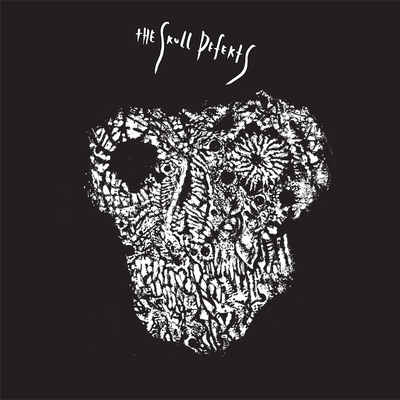 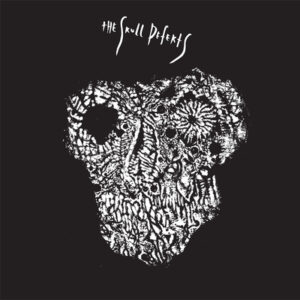 Review by Jay Stansfield of All Hail Hyena.

Start off like a Voodoo tribesman having a balls-to-the-wall shamanic experience, foot pounding the ground while screeching distorted guitars or synths (it’s hard to tell) scream in the background and you’ve got the beginning of The Skull Defekts album. ‘A Brief History Of Dub, Life and Death’ builds and builds into an almost tribal, crunchy gamelan fest of brooding darkness that feels like you’re tied down and surrounded by monsters ready to eat you, before ending with some nice jingle bells. ‘Clean Mind’ has a thudding bassline and rootsy toms covered by the distorted vocals of Daniel Fagge Fagerström and cracks into an almost Sonic Youth meets Marilyn Manson orgy. It’s simple and tasty.

‘The Dance’ has some late Bowie vibes to it mixed with its clanging, creaking percussion and soundscapes and really pulls you into the dark doom of the void it creates. ‘Slow Storm’ has those bashing, thumping toms that make you want to strip and shag into the early hours and we hear Mariam Wallentin’s sultry vocals speaking over the top of this psychedelic, hardcore chug fest. It’s almost sad that this is their departure album because it really feels like the kind of music that’s missing from today’s predominantly sugar-sweet love hits. It’s unnerving, gutsy and uncomfortable in places and transports you to shadowy places full of sin and sacrifice with the spacey echoes and relentless drones and rhythm.

This is an album that doesn’t give a shit about what people think, it has its feet firmly rooted in that 90’s hardcore garage / experimental rock scene and pushes itself into modern times with a thick, rich production and monotonous grinding gears of distortion. ‘A Message From The Skull Defekts’ is pretty much what you would say in music, if you were telling the world your time is up and there will be no more. It’s like the mountains are collapsing, like the floor is opening up to swallow us all and there is nothing we can do about it. Huge exploding drums and distortion and screaming screeches destroying the planet one beat at a time; hypnotically satisfying.

The Skull Defekts ends with ‘The Beauty Of Creation And Destruction’ which is a droning synth, drums and guitar track telling us that this is really the beauty of destruction and it literally feels like it really is the end with the sporadic, bashing piano chords at the end. Let’s hope they change their minds and make more albums like this because it would be a shame to lose this kind of creativity we so desperately need in these auspicious times of Grime, Future Bass and Trap.

All words by Jay Stansfield via Paul Scott-Bates. More of Paul’s writing on Louder Than War can be found at his author’s archive. Paul’s website is hiapop Blog and you can follow him on Twitter as @hiapop, and on Facebook here.

June 12, 2014
We use cookies to ensure that we give you the best experience on our website. If you continue to use this site we will assume that you are happy with it.Ok