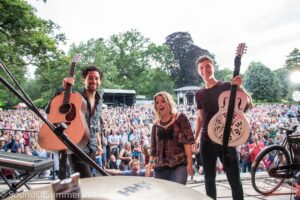 The Shires are almost single-handedly making it cool to like Country music again.

There is no doubt that Crissie Rhodes, Ben Earle and The Shires have had an almost stratospheric rise to prominence as their fresh and energetic take on the Country genre has won them legions of fans in the UK and across the globe.  As Ben and Crissie told me last year they are proud to be “bringing British country music fans out of the closet.”

It is amazing to think that Ben and Crissie found each other via social media platform Facebook just three years ago.  Since then they have gone from nowhere to becoming the first UK Country act to score a top 10 hit album, they are the first UK act to have been signed by Decca Nashville. The Shires have supported the like of Sir Tom Jones on tour and have played a host of festivals and sold-out shows.

Last weekend The Shires played arguably their biggest show to date with a headline slot at Glastonbury’s acoustic stage.  As reported by ITV news the show almost didn’t happen because Ben was at home with his fiance who was busy giving birth to their son River.

Please welcome River, my beautiful baby boy to the world. He and his Mum did so well and were so brave during a long, long, tiring labour that finally ended at 1:30am Friday morning. Both are now doing well and resting. Broke my heart to leave them yesterday to play Glastonbury. Was an emotional set. Thank you to everyone who came to watch us and all the kind words you shouted out. Bx P.S. Putting on baby grows is really hard. Especially when you've been awake for 48 hours! #Glastonbury

Just hours after welcoming little River to the world Ben made a mad dash to Glastonbury to meet up with the band and thankfully the show went on.

Interviewed by the press association Crissie said “Ben’s fiancée gave birth this morning, of all mornings! We were scared because we’ve got Glastonbury tonight and we were hoping the baby would come before or at least after and just not on Glastonbury. But this morning, baby River, a little boy, was born.”

The Shires also announced that they excited to be back on the road with a host of festivals across the summer, especially now that their second album is in production.

“We are very excited to be getting back on the road again. We toured so much of last year it felt like we needed a break by Christmas but since we’ve been in the studio, our thoughts have returned to the road. We can’t wait to get back on that tour bus and play some of the new music we’ve been working on. The album is in full production now and we hope to have news on that soon – but we can definitely say it’s on the way.” 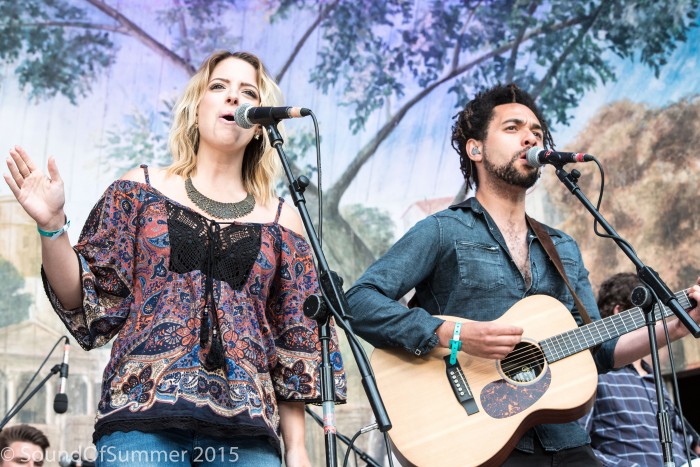 The band will be performing at the following festivals this summer:

All words and photos by Alan Ewart. You can read more posts by Alan at his Louder Than War author’s archive. Alan’s is also online at  soundofsummer.org and Twitter as @soundofmysummer.