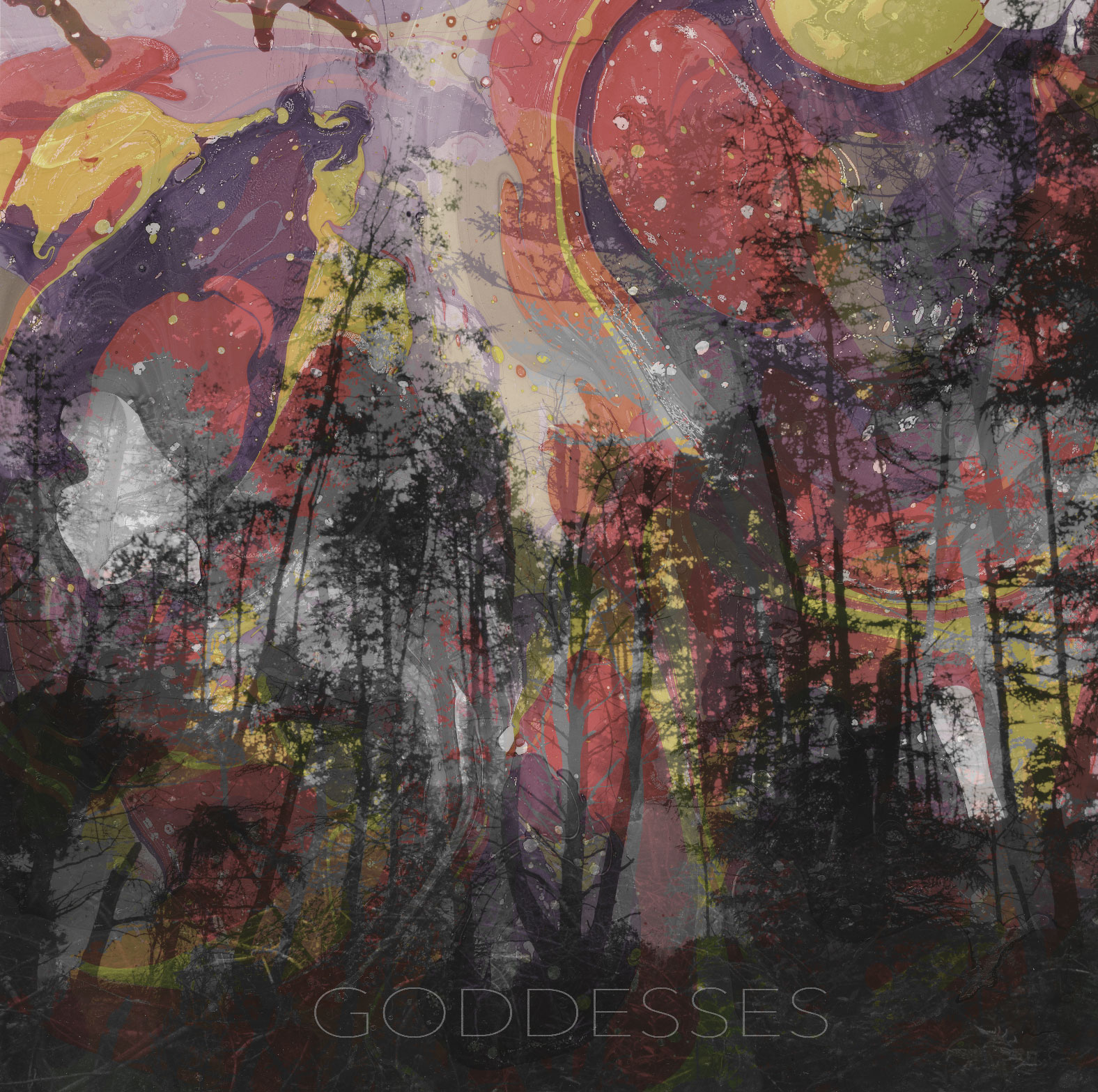 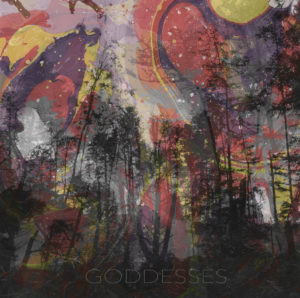 An intriguing debut of experimental and psychedelic shoegaze from Derby four-piece Goddesses.

It’s a dream; you’re sure it’s a dream. The light is a kaleidoscope of colours, as if sunlight is dappled through many-hued leaves. Distorted guitars undulated around you, a voice hisses and stretches around words which are but sounds. It all drops away and a tribalistic run of drums joins, the voice high but becoming clearer now as a guitar saws chords behind. Darkness blots the colours from the dreamt-up sky and through it breaks nightmarish flashes and clashes of percussion. Then as if a peel of bells the guitar rings out above it and the calm returns; the sleeper dreams.

Such is I See You, the first track released from Goddesses forthcoming debut and the pivot-point of the album. It’s a six and a half minute opus that experimental but lush sound that the Derby band have crafted. This is a record lovingly drenched, but never drowning, in fuzz; a gorgeous diffusion of instrument and voice.

From start to end the self-titled album swells and drops between the clarity of twinkling notes and the crushed layers, sounds catching you as you sink deeper into the whole.

The album begins with the lullaby drums, a train over tracks in the night just rhythmic enough to soothe you, just fast enough to make your heart pick up pace with the urgency. Beyond, there is the rippling bass and guitar, the choral harmonies chanting, blurring around their edges and not quite lining up yet utterly euphonic.

The dissonance is greater on other other tracks in this first half of the album flitting between subdued shoegaze and a shiver-down-the-spine hint of sinister in the psychedelic sound. It as once a tightly controlled and orchestrated album and yet a sound of freedom, the blurring of boundaries and a willingness to experiment.

And then the mid-way of I See You, encapsulating the darker and loosely jointed early tracks with the softer, sparkling space of the second half. By the time we reach the end with Backwards, Man there is a majesty and assurance to the sound.

As a debut this is a quiet, slow-burn of an album but proof that it is not always those that make the biggest noise that create the most striking sound. A record that is well worth spending time with for beyond the instantly gratifying shallows of first listen are the real treasures hidden in its depths.

Goddesses release their self-titled debut on 14 July, initially as a digital only release available on Bandcamp. They will also play the Louder Than War associated Six Impossible Things that day in Derby. Details on Facebook here.

All words by Sarah Lay. Sarah is editor of Louder Than War and you can find her author archive here. You can also find her on Twitter. She provides LTW’s recommended track of the week on Radio Andra’s The Rumble – tune in from 8pm every Tuesday.

Album cover art by Dan Wheeler at The Photo Parlour.