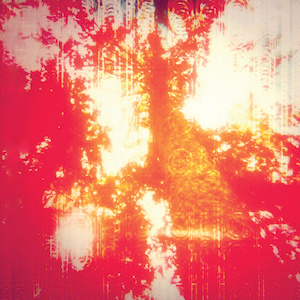 Toronto’s Odonis Odonis‘ Hard Boiled Soft Boiled is more mature and tighter than their previous releases. They have honed their skills, creating a definitive, multidimensional sound which has added oomph ranging from hazey to super distorted, at times emotional, at times downright sexy.

I couldn’t have possibly asked for something more up my particular alley. Not surprising when Hard Boiled Soft Boiled employs the essences of many things I love best – a brilliant mix of new wave tendencies (The Cure), shoegazey atmospheric goodness (My Bloody Valentine), and eloquent noise (A Place to Bury Strangers). Other bands that come to mind are The Kills, Deer Hunter, and Interpol.

While somewhat unnecessary, the opening track “Tension” opens the album appropriately, leading well into one of the album’s heaviest and strongest songs, “Are we Friends”. The industrial rev of this track starts off with a “Blue Monday”- esque opening beat, while the vocals vary between a darker, almost Ministry or NIN-like quality and something more akin to Robert Smith.

This song is followed by another of my favourites, the intense “Order in The Court” (video link included). The chaos released here is reminiscent of Mindless Self Indulgence at their best. The noise continues on another of the strongest songs, “New Obsession,” followed by the arousing “Breathing Hard.” This is my favourite song on the album. Straying from 4/4 time, infectious, punchy guitars reverberate around grungey vocals.

Hard Boiled Soft Boiled pulls off heavy and softer songs equally well. The latter often seem to be the weaker ones on albums for me, but I’m entranced by the breathy vocals on “Alexa Wait,” the tinny beat of the dreamy “Angus Mountain” with its 8-track or old vinyl feel, and the serene, crackling ballad “Highnote,” which features a refined version of the surfy sound that featured more prominently on Odonis Odonis’ past releases (with songs like “Wipeout”). I also appreciate the unexpected lullaby nature of a song with a title like “Office sluts”.

Only the instrumental “Transmission from the Moon” and the static noise of “Release” feel like time not best spent on Hard Boiled, Soft Boiled. The atmosphere is already unmistakably palpable throughout the album, with plenty of opportunity for the music to breathe, like during the interlude of “Office Sluts”.

I fell in love with this whole album right off the bat in a way that’s become somewhat foreign to me. I was getting used to the fact most things have to grow on me – like The Faint’s most recent take on new new wave. I have to say the legitimacy of Hard Boiled Soft Boiled has it beat. Odonis Odonis’ confident sound, with all its emotional and textural ferocity, suggests an appreciation of a range of genres, including grunge, industrial, punk, electronic and new wave. And that’s the sort of appreciation I can’t help but get behind 100%.

Odonis Odonis can be found online here: www.odonisodonis.com. They’re also on Facebook and they tweet as @odonisodonis.