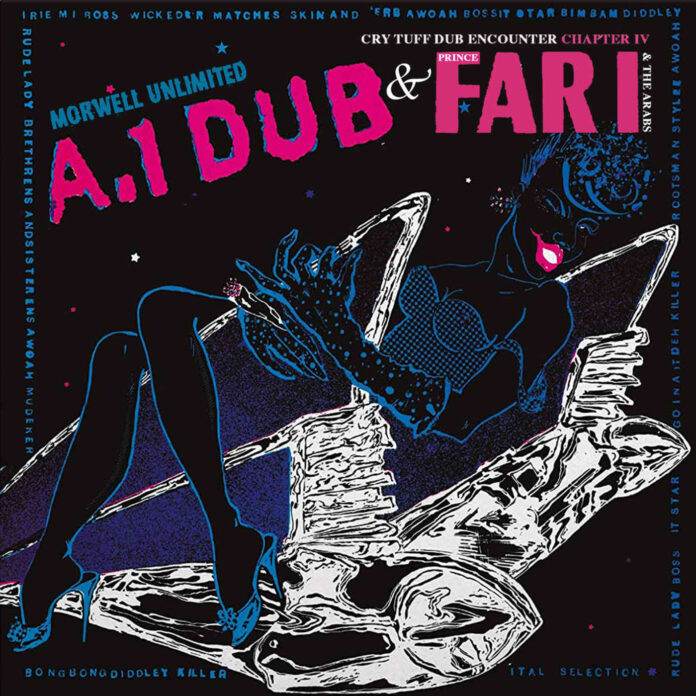 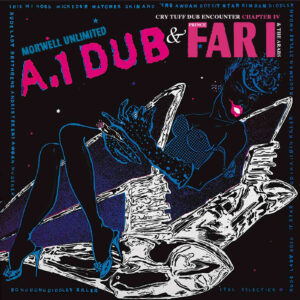 A timely re-release of these Trojan Records classics that first came out in 1980, and ’81 respectively, a release that neatly follows the July 2020 Doctor Bird issued compilation Prince Far I ‘Trojan Albums Collection’. (LTW Review)

Both ‘A. 1 Dub’ and ‘Cry Tuff Dub’ are revered as classic examples of how the prominent names of the Jamaican scene applied dub techniques to then emerging dancehall scene, and despite their popularity neither album has ever previously been made available on CD.

In addition to the two albums, is a bonus disc – a further 19 dub classics all drawn from Trojan Records long gone subsidiary Attack, many of these recordings have been unavailable since initial release.

The entire package accompanied by comprehensive sleeve notes written by Tony Rounce, who has previously compiled choice cuts for the likes of Ace, and Edsel Records.
Morwell Unlimited were effectively the studio band to The Morwells whose members included legendary names such as Maurice ‘Blacker’ Wellington, Eric ‘Bingy Bunny’ Lamont, and Errol ‘Flabba Holt’ Carter, in addition some members of Morwell Unlimited were also members of Prince Far I’s band Arabs.

“A. 1 Dub” skilfully combined dub recording wizardry with the soulful ingredients of the source material, as is expected the bass cements the tracks, yet the rich voices and colourful flourishes perfectly compliment the sonic explorations, there is even wry humour in some of the pieces, the clicks and pops that pepper ‘West Side Ranking’ are a delight, whilst ‘Pressure Rock’ is a stripped bare rendition of the original that allows the component parts to shine.

Throughout it’s the space, the harmonies, before the decent into the echo chamber, hearing ‘Depth Charge’ again in such digital clarity is a revelation – all the while never losing sight of the original material; that’s the key to an art that is incredibly difficult to master.

“Cry Tuff Dub Encounter, Chapter 4” was the final album in a series by The Arabs, a series of releases that pushed reggae into new exploratory territory. Prince Far I wrote all the source material, though his vocals were omitted from all these dub versions. The dub effects were central to the core, however the inclusion of UK based improvisational musicians and producers including Adrian Sherwood and Dennis Bovell saw even experimental jazz elements be introduced.

Recorded at Channel One at times the rhythms are cavernously heavy yet also shimmer with a soulful vibe, that said the whip crack snare will snap you back when listened to at volume.

Each of the four Chapters sold well upon release, speculation has continued as to whether more editions were likely; sadly this was not to be the case as Prince Far I was murdered in September 1983, whilst Blacka Morwell died from a form of cancer in 2000.

The Bonus Disc is littered with hard (and expensive) to find dub gems, opening with Prince Jammy “Jammin’ For Survival”, a decent copy of which would cost approximately £35-40, whilst the likes of The Roots Radics “Scientist In Fine Style” is a joy to hear, likewise Bim Sherman’ “Ball Of Fire” who himself had a long and productive partnership with Adrian Sherwood.

Once again Doctor Bird have compiled an album of crucial material, both discs are distinct from each other through The Morwell link more than justifies their marriage and reaffirms the influence the recording techniques captured here continue to have on today’s musicians.