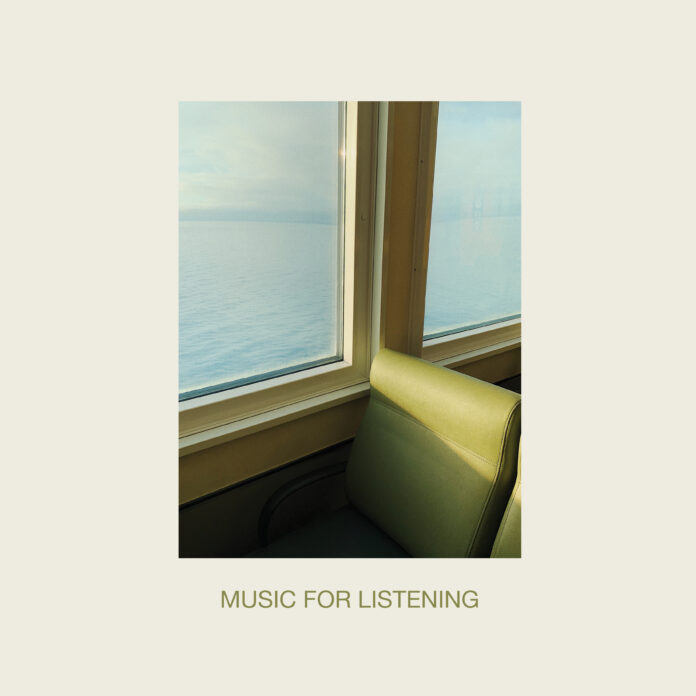 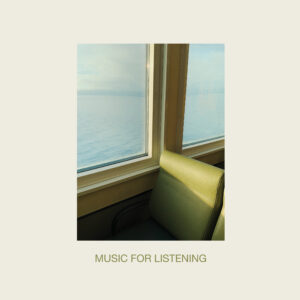 (We Are Busy Bodies)

Music For Listening is the second solo album by Canadian sound artist, Michael Scott Dawson. Just like Spring, it’s fresh and airy and those ethereal waves of sound just demand that you immerse yourself completely. Gordon Rutherford reviews for Louder Than War.

Spring is the most wonderful season of the year. Each morning, ever earlier, dawn creeps up on our sleeping souls. Mother nature’s flawless alarm clock – birdsong – is triggered by those lighter skies. Michael Scott Dawson’s second album, Music For Listening, is a spring album. It is the sound of optimism and hope, freshness and airiness. Everything is bright. Everything shimmers. Everything is fragile in its newness. And there is birdsong throughout. Quite literally. Dawson’s inspiration for Music For Listening emerged from a phone call to his ninety-five-year-old grandmother. As she talked, she mentioned the birds singing outside her window, prompting Dawson to unearth some field recording that he had made of birds singing some years earlier. He had abandoned that particular project because of the crackle of insects attacking the microphones. Somehow, it now seemed like the right time to resurrect those recordings.

I first became aware of this Canadian sound artist last year, thanks to his role in the free jazz collective Peace Flag Ensemble. Their fine debut album, Noteland, was reviewed by yours truly on these very pages. Dawson’s solo work is different. With these projects, he creates minimalist ambient soundscapes that you can readily immerse yourself in. Interestingly, Dawson has elected to take a marginally different route on Music For Listening than he took on his debut, Nowhere, Middle Of. Gone are the synths, his primary instrument, in favour of resonant guitar codas. These are augmented by tape loops, manipulations and those aforementioned field recordings, holistically combining to create a soothing and ethereal sound.

Lingering long after the needle has left the turntable are those birdsongs. They dominate this album without ever overpowering it. They are the very first thing we encounter on the opening track, No Rave, and the last thing we experience (apart from the sound of footsteps on a gravel path) on the album’s closer, The Sentimentalist. After the birdsong, the most noticeable thing about Music For Listening is the complete non-existence of any beats. That’s not unusual on ambient albums, but there is something about the space left by their absence on this collection that is quite striking. The sense of minimalism is amplified, creating this valley of tranquillity. Nothing stirs, not even a mouse (click). That’s ideal because you wouldn’t want any kind of extraneous noise cluttering up these delicate waves of sound. Just as beats can bring a sense of urgency, their absence enables the sound to drift unhurriedly.

Encompassing the immanent essence of this record perfectly is the track entitled Places I’ve Loved, People I’ve Been. It feels like there is a chasm, an anticipation, between the ringing notes of Dawson’s guitar. He lays this tapestry of sound before us quite masterfully, almost demanding that we stop what we are doing and absorb each and every note. Equally impactful is Two Solitudes, which introduces itself like cascading crystals. The title is extracted from a Rilke quote, which Dawson explains as “somewhere I heard love described as ‘two solitudes’”. Those pesky insects that I referred to earlier, bring a wonderful sense of depth to this particular track, contrasting with Dawson’s melodic guitar lines.

Music For Listening was mastered by Taylor Deupree, who has previously worked with Ryuichi Sakamoto. I’m unaware of just how influential Deupree was in creating these tracks, but there is unquestionably a similarity between Dawson’s compositions on this album and certain aspects of Sakamoto’s work, particularly those tinges of Eastern mysticism given off by the chiming notes of Dawson’s guitar. It is also reminiscent of Amongst A Landscape Of Spiritual Reckoning, the 2021 album by Californian electronic musician, Forest Robots. Both bodies of work have a certain numinous ambiance, both give a sensation of being bathed in light. Both are outdoor albums, functioning in vast open spaces.

Music For Listening is a very fine ambient record, imaginatively composed and performed with incredible musicianship. It is quite gorgeous throughout. Rest assured that the fact that it is a spring record will not preclude the enjoyment of it in the winter. Far from it. However, it is a mood record. I feel strongly about the view held by many that ambient is ‘elevator music’. It is no more so than hip-hop or metal. I stress this because Music For Listening can only be truly appreciated when, unsurprisingly, one listens. Perhaps that’s why it carries this particular title. What that does mean, however, is that it is unlikely to be a consistent presence on one’s turntable for months on end. But for those moments when you do want to be transported to another place, to drift and wallow in these wonderful soundscapes, it will tick all the boxes.