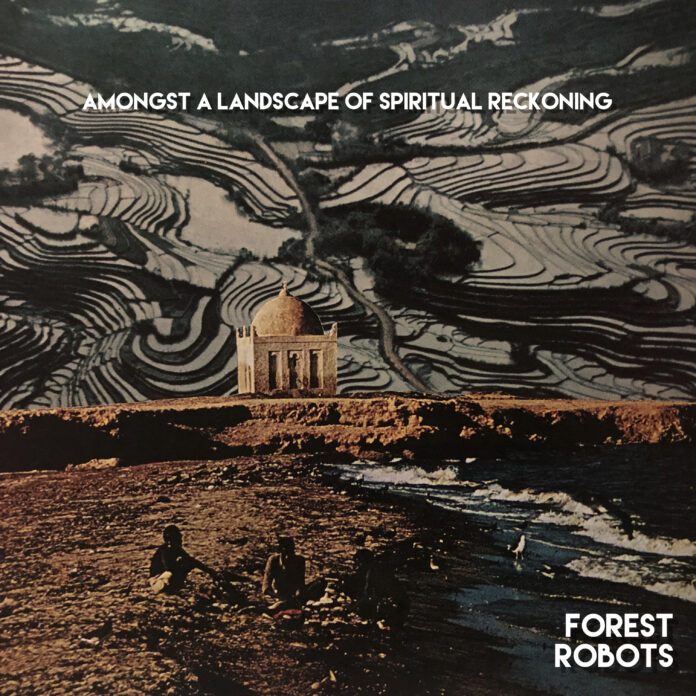 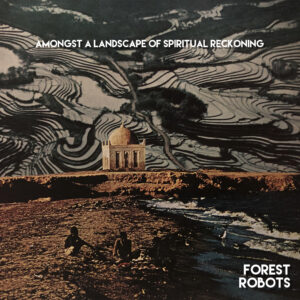 Forest Robots: Amongst A Landscape Of Spiritual Reckoning

Buy it from Bandcamp

The latest album from Forest Robots will wash all over you with its ambient, spacious sound waves. It is tranquillity personified and wonderfully composed by a skilled artist. Go on, immerse yourself. Gordon Rutherford reviews for Louder Than War.

There are few greater responsibilities that many of us will have to carry in our lives than parenthood. California-based composer Fran Dominguez takes that responsibility extremely seriously. For him, his role as father to his young daughter is the single most important aspect of his life and he applies all of his musical abilities to letting her know that. Indeed, he describes his music as a love letter to his daughter, one which expounds the wonders of nature and the legacy he wishes to leave behind for her.

On his fourth and latest album, Amongst A Landscape Of Spiritual Reckoning, Dominguez explores themes of spirituality, existentialism and ethics and how each of these relates to the experience of parenthood in a world of instability and uncertainty. Those are mighty big themes and, via the titles of the ten tracks, we get a clue to what’s on the artist’s mind before we even press play. It reads a little like a self-help handbook with titles such as In The Climb, Not The Summit, Lies The Most Wisdom and All Great Things Must Grow Through Dirt First. Once we do get to the music, that sense of spirituality is further underlined. This is a collection of beatific and ethereal glacial soundscapes, set firmly in ambient territory. Those familiar with Forest Robots’ excellent 2020 release, After Geography (one of Bandcamp Daily’s Best of 2020), will find few surprises here. Dominguez clearly has a winning formula and has determined that he should stick to it. And why not?

That overall feel derives from his other major influence. As an experienced mountaineer and all-around open-air enthusiast (well, you would be in California, wouldn’t you), Dominguez takes inspiration from the great outdoors and his particular brand of minimalist electronica does certainly evoke vivid landscapes in one’s mind. Close your eyes, let the sounds wash over you and you visualise vast vistas. But interestingly, the pictures conjured up by this album are more akin to Far East than West Coast. With its chimes and marimba-like wooden percussion, Amongst A Landscape Of Spiritual Reckoning has the aura of tranquillity with its marked Eastern mystical vibe, redolent of lush East Asian valleys enshrouding mystical, golden temples. In that respect, the album reminded me greatly of Ryuichi Sakamoto’s early eighties collaborations with David Sylvian, such as the soundtrack to Merry Christmas Mr. Lawrence and Bamboo Houses. Atmospherically, it has that numinous feel; musically it is laden with melodic percussion. 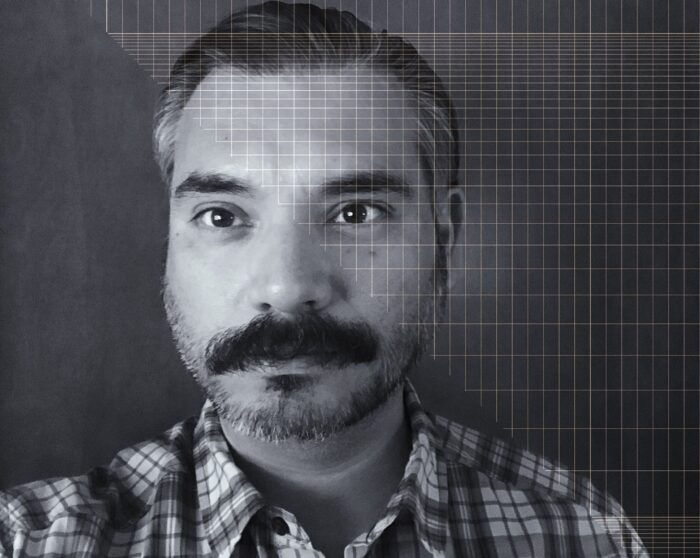 That strikingly peaceful Eastern mysticism vibe seeps into your consciousness in the first few bars. The opening track, The Biggest Soul Searches Require The Widest Forests begins with deeply resonating, plucked strings atop atmospheric synths. A discordant horn-like sound provides a gorgeous counterpoint. This is followed by the dream-like Sustenance Comes From The Roots, Not The Heights. Marimba-like percussion taps out the melody, evoking images of wood chimes plinking in the courtyards of temples of gold. Both of these tracks, particularly the latter, represent a strong introduction to the album.

The remainder of the album’s first half continues in a similar vein, which leads me to one of my few criticisms of this Forest Robots release. As the album progressed beyond the second track, it felt as though it wasn’t moving on sufficiently. By the time I reached the fifth track, In The Climb, Not The Summit, Lies The Most Wisdom, I was longing for it to do something different. I know it’s ambient and that whole calming, meditative thing is the Forest Robots sound, but I just wanted something to occur and jolt me out of my reverie.
Thankfully, it came along in the shape of Even The Tallest Trees Return To The Roots. Here, Dominguez introduces another interesting counterpoint in the shape of a scraping, discordant violin sound on top of the synths and wood percussion. Immediately, we are back, prompted by the introduction of something small enough not to detract from the tranquillity, but big enough to make us sit up and pay attention. Satisfyingly, Dominguez continues with the pleasant surprises on the acoustic piano-led Always The Tallest Mountain To Climb Resides Within You. This track oozes personality and warmth as the sparse series of notes combine to create something quite beautiful.

However, the best is yet to come and it arrives in the shape of Mirror Your Patience From Trees, Persistence From Grass. Once again, Dominguez introduces strings and brass that seem at odds with the eastern chimes and waves of electronic sound. He merges these different facets exquisitely, creating a piece that is utterly spellbinding. It’s the high point of the album, a gorgeous and spacious composition that will have you transfixed for its full three minutes and thirty-six seconds.

There is no doubt that electronic and ambient aficionados will love this album. Dominguez is a highly skilled composer who has produced an imaginative and thought-provoking collection with Amongst A Landscape Of Spiritual Reckoning. It’s an album that is similar to Boards Of Canada in the way it conjures up images of big, spacious landscapes. And for those of you who aren’t absolute ambient geeks, rest assured that this album has a place in your collection. Sure, you are unlikely to stick it on as you get ready for a big night out on the town. But there are always moments when you need to be transported somewhere else and it does that in spades. So, don the headphones, find a dark corner, lie back and stick Forest Robots on. I promise you, before long you will be in a more peaceful place.