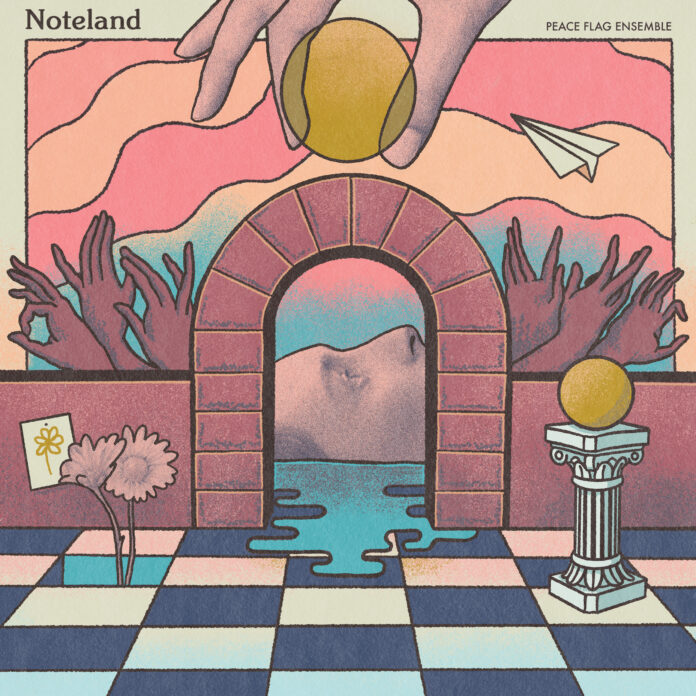 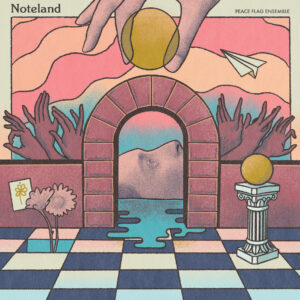 Saskatchewan. The land of the living skies, with its rolling prairies and golden wheat fields. It majestically proclaims its easy tranquillity and beauty. That magnificent Canadian province is home to experimental jazz collective, Peace Flag Ensemble and it shows. Just like those vast plains, their debut album, Noteland, released on Canadian label We Are Busy Bodies, is one without boundaries. Furthermore, there are moments on this album where Peace Flag Ensemble’s imagination and creativity appears to be as never-ending as those Saskatchewan skies.

The genesis of the band occurred when pianist Jon Neher met producer and multi-instrumentalist Michael Scott Dawson at a local book club. Rock n’ roll, huh? That intelligent bookishness seeps through much of Noteland. Most of the songs on the album follow a similar pattern, one in which Neher’s elegant piano prepares the canvas. The other band members are then free to approach and apply their own unique stamp on the work. In less proficient hands such a strategy has the potential to get messy, but Peace Flag Ensemble pull this off proficiently and with methodical diligence. It never becomes a scruffy free for all. In fact, one of the most endearing aspects of Noteland is that phenomenal sense of space; just like their home province, it never appears to be too busy. In fact, it never appears busy at all. Another really interesting characteristic of Noteland is its irregularity. It’s certainly not a conventional piece of work, but that’s one of the things that makes it so admirable. Within the songs, Peace Flag Ensemble are comfortable to improvise and innovate, and it’s extremely refreshing to listen to a band with the confidence to attempt that on their debut.

As a collection, Noteland feels stronger in its earlier stages than it does in the latter. A great example of how they set their stall out nice and early comes in the form of the hypnotic debut single, Human Pyramid. Neher’s exquisite tumbling piano arpeggios immediately grab your attention and when Travis Packer’s resonant bass quickly joins, you are hooked. That, however, is merely the hors’ d’oeuvre. The song really catches fire when Dalton Lam’s glorious trumpet kicks in. Lam’s performance, incidentally, is outstanding throughout Noteland. He has this incredibly distinctive sound which has this capacity to seem faraway yet very intimate at the same time. His timbre is soulful and a little forlorn, but one could listen to it all day long.

The album’s highlight, Woke Up Like The Room, Tarzana, follows. Again, we have Neher and Packer, perfectly synchronised; again, Lam meanders in with that heavenly horn, as charming as Orpheus strumming his lyre. Then we get a teasing glimpse of Paul Gutheil’s saxophone, drifting in to add another texture. This particular tune evokes Tom Waits’ music for Coppola’s One From The Heart. It has that very regretful, very resigned aura, one that summons memories of drinking alone in a strange city at 3 a.m. 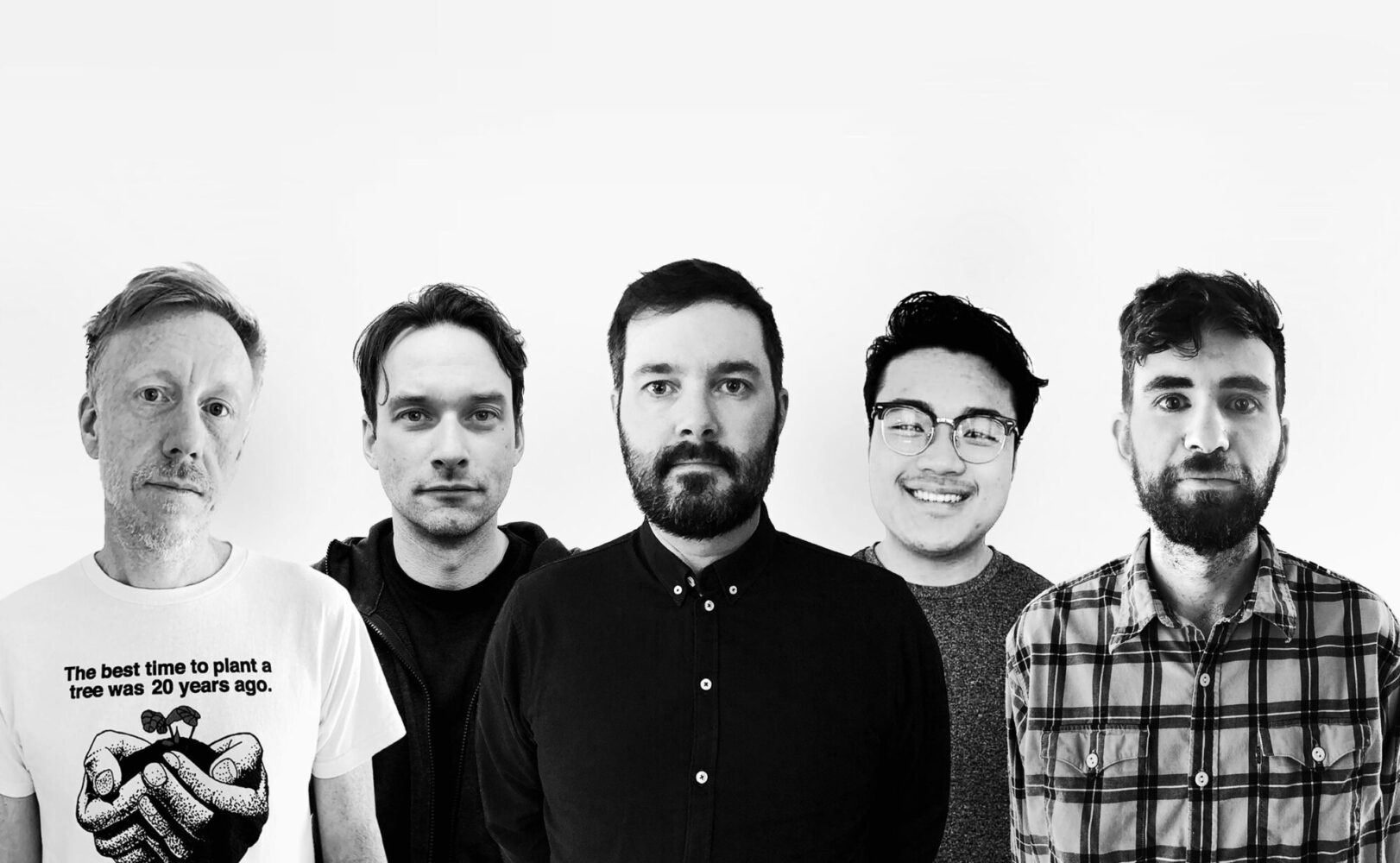 The Right To Silence maintains the standard. It’s an incredibly laid back composition that comes across as though the band members are in a room somewhere just ambling through their material, letting their creative instincts come out to play. That’s another facet of the entire album. Throughout, it feels unhurried, effortless; seemingly improvisational without ever seeming incomplete. Yet another recurring theme is the clarity with which each and every instrument pierces through. They are all superbly played, technically dazzling in fact, but the production is just as much a star here. The aforementioned ambient artist, Michael Scott Dawson, was on production duties for Noteland (as well as contributing electronics, guitars and field recordings) and he has done an outstanding job in producing an album with such a distinctive sound.

However, despite the brilliant production and the technical brilliance of the musicians, Noteland does flag a little in its second half. Those latter tracks play out in a similar vein to all that has come before and I found myself willing them to conjure up something a little bit different, something to jolt me out of my reverie. I was hoping for them to extend that appetite for risk-taking and innovation a little further. There is one really interesting moment towards the end of the penultimate track, No Police In The Parade, when it sounds as though someone has pulled the plug on the record player and, like Dali’s clocks, the music melts, before someone thankfully puts the plug back in. It’s a tiny thing that is over in seconds, but it cleverly serves to pique your attention again. If only there was a little more of that in the latter stages.

Notwithstanding that, Noteland is a very worthy debut from Peace Flag Ensemble – one that is absolutely worth checking out. This is clearly a collection of musicians who are incredibly adept and, thankfully, not afraid to take risks. There is no doubt that they can (and will) go much further. I’m already licking my lips at the prospect of the follow-up.