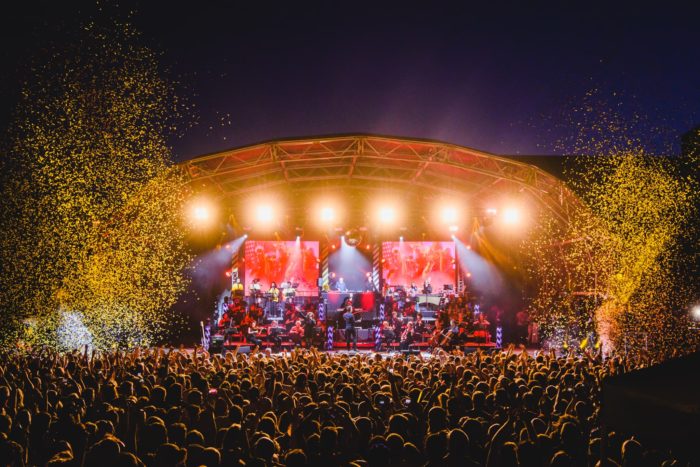 Louder Than War’s Sophie Marsh reviews part of Sounds of the City 2018 at Castlefield Bowl. She includes a glowing review of the show and descriptions of the venue in the summer sunshine.

Hacienda Classical was glorious. Castlefield Bowl in itself is a stunning venue – however with the late June sunshine lingering above, it made it just spectacular. The merchandise stand was not crowded at all – perhaps people preferring to absorb the atmosphere rather than indulging in t-shirts and key rings? Although the t-shirts did look really cool.

The support acts included Stereo MCs and Peter Hook. The support acts were on throughout the early evening and right up until the main event, which was different to a lot of other gigs where there is a break in-between the last support act and the show.

Bodies were pressed together (the gig was completely sold out), the bass was hard and the tunes were plentiful. The atmosphere was friendly and in true Hacienda fashion, people seemed to be there for the music. People who at first seemed shy and timid opened up once Park and Pickering came on stage. The crowd were screaming along to songs like Blue Monday by New Order, Ride On Time by Black Box and other club classics. Hands in the air, empty plastic cups strewn across the floor and pounding music. This was potentially the closest one could get to experiencing anything that was similar to the Hacienda. 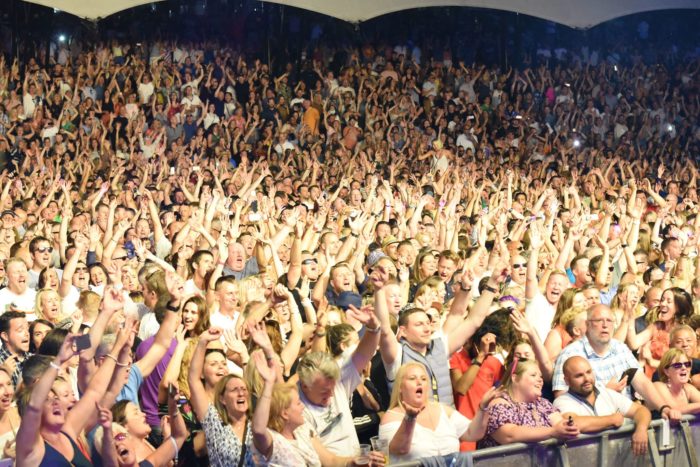 The Manchester Camerata were the orchestra to accompany the DJs and not only did legends like Graeme Park and Mike Pickering get involved, but former New Order bassist Peter Hook also made an appearance too. The Manchester Camerata themselves are brilliant but it is an interesting idea to fuse dance music with orchestral arrangements – a genre of music pioneered in the charts by a very current band, Clean Bandit. Hacienda Classical, a group of people who perform Hacienda reminiscent music over 20 years after the club closed, bring the ideology and the mood of the club to a whole new generation and a different group of people. It extends the legacy of the club and also probably reminds some people of the good times they had there.

Having previously performed at Castlefield Bowl two years ago – and also The Bridgewater Hall – Hacienda Classical has proved that it can return to a venue, sell it out and put on a show worth seeing. It again returned as part of Sounds of the City, an event which also saw Chic and Shed Seven take to the stage at Castlefield Bowl in 2018. Some of the other artists who have played this event in previous years are Guy Garvey, The Last Shadow Puppets and James. Every year, the venue manages to replicate a carefree Summer atmosphere that seemingly cannot be created at any other time. The venue was packed, with no seats and barely any standing room left. It is amazing what some people will do for just one more tune.

All words by Sophie Marsh. This is her first article for Louder Than War but she has previously written for NME.