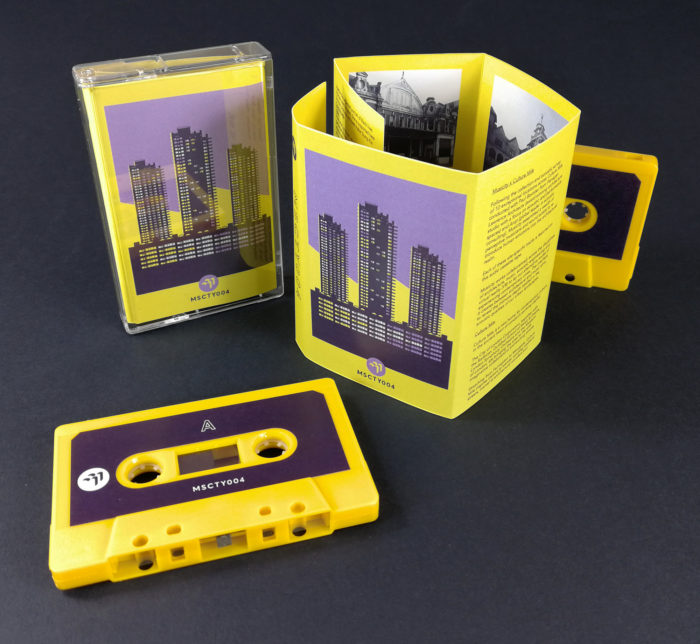 Artists have always invoked, or performed spaces in weird and surprising ways. Sticking to the musical side of the creative canon, we can point to Bill Drummond’s use of Liverpool (summoning up elemental rock magick in Mathew Street by way of Iceland and Australasia), or Latvian artist Asnate Bockis’s recent reworking of the ‘Symphony of Sirens’ by Arseny Avraamov in the centre of Rotterdam (by way of the city’s water defences). The last decade or so has seen a plethora of releases, works and events in this manner. Ann Liu and Mike Tomkin’s ‘Singing Ringing Tree’ on Crown Point near Burnley, the Chicago label Pan Y Rosas, sound artists like Tallinn’s Ekke Västrik or Sheffield’s Chris Watson, and the recent ‘Living Symphonies’ residency in Epping Forest all spring to mind.

It begs the question, what is going on to spur all of this? Is there some latent disconnect that needs addressing? Maybe it’s the increasing feeling that the land we use soon won’t be for the common weal. (I’ve long held a suspicion that ubiquitous city-centre glass and concrete constructions are there to seal off and hide and by doing so, control; like a new finance-driven take on the old Motte & Bailey idea.) Contrary (though parallel) to this idea is a growing notion that humanity’s usable space has now expanded to inhabit a nonstop highway constructed between our heads and an Atlantis made entirely of algorithms. As we get sucked ever further into unknown intangible spaces and find ourselves increasingly barred from the real thing, there seems to be a need to map and record currently usable space for future memory.

All of this rumination is getting in the way of the review, but it floated up like sump in the tank when sitting down to listen to yet another signifier, a tape release courtesy of Musicity and the Barbican in London. The release is part of a wider initiative; the Culture Mile, the “new home for contemporary culture in the ancient heart of London’s working capital”.  The designated area stretches from Farringdon to Moorgate traversing some of the Great Wen’s oldest, darkest and busiest areas; from brutalist underpasses to C14th almshouses. Quite an undertaking but then, Musicity are old hands in the matter of wedding sound to space and vice versa: their works this last decade having taken in Tokyo, Rotterdam, Tallinn and Seoul. As ever they have compiled a fascinating listening experience.

For those with no immediate access to the Roman Shell, it’s certainly worth having the sleeve notes to hand and imagining someone listening to these tracks in situ, from the comfort of your armchair. Deciphering what digestive juices are stirred in the Lakeside cafe by Alex Ho’s vibrant and mercurial a cappella piece, ‘Upon Brick’, could take some time. As could Guildhall EMS’s ‘Eternal Descent’ which poses similarly obtuse questions of the Smithfield Rotunda Garden (a place where felons once got hung by the neck). This is not to say both pieces aren’t a fabulous listen in themselves, but they probably both need to be tackled head on in the places themselves. Fari B’s beautiful, seemingly gentle invocation of The Charterhouse’s ancient structure, ‘The Visitor Book’, also palpably disconcerts and challenges, despite the site being one of the city’s most reviving and peaceful places. When Fari B asks for prayers for those lost in the Grenfell fire there is a clear attempt to fuse seven centuries of charitable actions to the here-and-now. I can imagine this will be quite overwhelming listening on site.

Some listens are self evident matches, regardless of where you are. ‘Deep Slow’, Craig Richards’ spooky invocation of Fabric (the grimy, sticky beats serving here as memory echoes to many a night), couldn’t be a better fit for the club. Mandhira de Saram’s bravura piece throws back culture’s trappings at the Barbican Sculpture Court with some force, whilst Emma Kate-Matthews’ Similis also captures the “backstage-at-the-Colosseum” feel of this redoubtable place; the feeling of being in a space that is never entirely asleep perfectly captured by her sifting sax(?)-and-sample drone. Kassia Flux’s marvellously spooky invocation of St Bartholomew the Great (‘Rahere’), is possibly the tape’s highlight, a memory rope bridge thrown between Londoners of all types and times. Then there is Howlround’s playful piece ‘Heavy Works’, which collates field recordings of the busy Beech Street Tunnel. The piece sounds like it’s the result of the White Noise crowd getting baked on acid back in 1968. Though it is a remarkably clever piece: Howlround turns a mirror on a place that is normally noisy and tries to capture its future shadow. Somehow it reminds me of the witty deconstructions of a Pierre Bastien piece.

The tape is a superb listen, as with other Musicity releases, one that grows over time. It’s also worth noting that – in a true C21st conceit – you can indulge in all of this sonic geography via the website (for background reading) and an app that gives you access to the music when you’re in the manor. Details are on the Musicity site. The initiative runs until August 25 2019.

Two other tracks, courtesy of Tania Nwachukwu and Bump Kin, and Tom Richards, can be heard only on site.