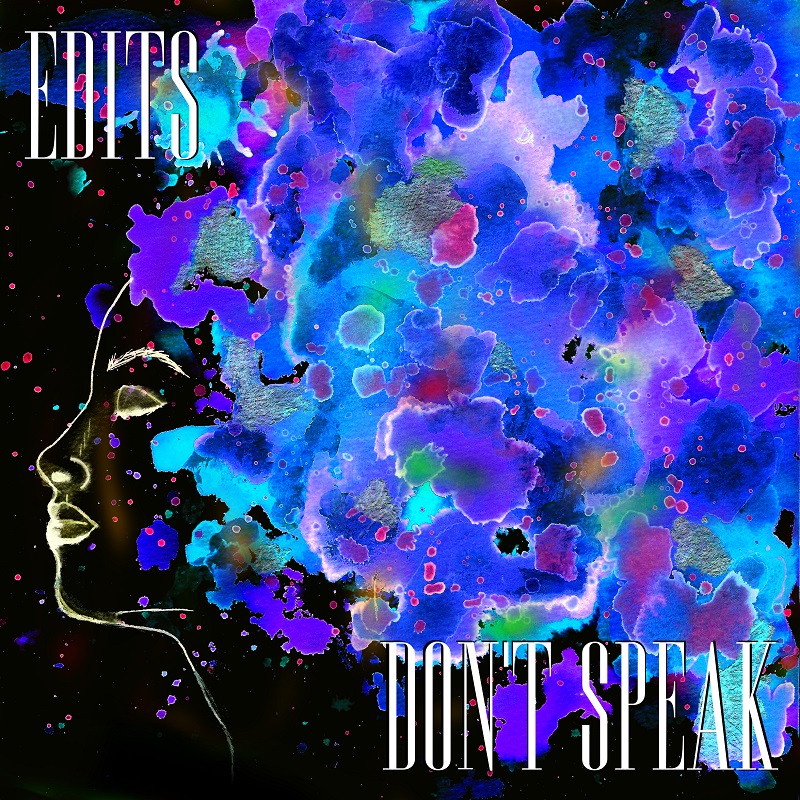 Formed in the legendary crumbling walls of Salford University’s Adelphi building (where Everything Everything, Delphic and Dutch Uncles began their respected journeys); Chris Abbott and Liv Westhead formed Edits, who pitch themselves as somewhere between synth-pop and post-rock.

Having released several EP’s including the excellent Higher Tides in 2015 and Fall Back To Earth in 2016, Don’t Speak sees the band take a more poppy approach to their music.

Liv Westhead’s towering vocals are still front and centre, and cutting a circa-1970’s Gilmour figure, Chris Abbott clearly enjoys making a racket on his guitar! The dying embers of Don’t Speak erupt into a riff that feels like homage to Matt Bellamy. Pulsing synths and programmed drums drive the track, and coupled with a catchy chorus; Don’t Speak is definitely the bands most poppy, and anthemic track to date.

Edits take pride in their D.I.Y. aesthetic; producing everything they make themselves, even their music videos. Production on Don’t Speak is rich and textured layers are rife within the song, without being overbearing. Whilst retaining the atmosphere that Edits have sought to create on their previous releases, Don’t Speak is less brooding, but soars majestically through the vocals and gradual building of sound.

If you’re a fan of Chvrches, The xx or Everything Everything, this is something you should definitely check out. The pair also recently self-recorded a video series live to tape called ‘The Tape Sessions’ showcasing their creativity and recording skills. These can be viewed on their YouTube channel.

Check out Don’t Speak, from The Tape Sessions, below:

Don’t Speak is released on 3 November.