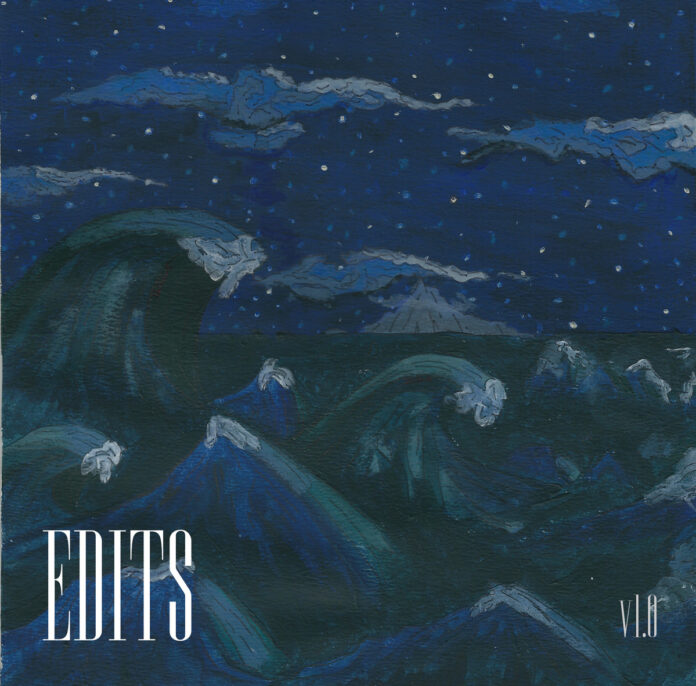 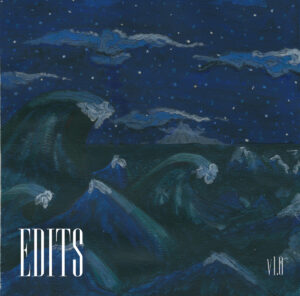 Edits are a young duo from Manchester. The band has released several tracks / EPs independently, and Higher Tides continues that trend. Having been on the local scene for a couple of years, the duo of Liv Westhead (vocals/synths) and Chris Abbott (guitar/programming), are releasing their most accomplished releases to date. Dom Walsh reviews.

Higher Tides v1.0 is the first of two releases (with v2.0 to follow) which will form part of a mini album during August. v1.0 contains four tracks that builds on the duo’s sonic pairing by gaining an extra layer from Ghilyon Welby-Jenkins drumming on Firing Line; the lead track on the EP. Tom Shearwood adds piano to the track.

Immediately on Firing Line, Westhead’s vocals are confident, assured and strong against the Abbott’s pulsing, picked guitar. The track slowly builds before the drums take the opener to a different place sonically. The guitars have a massive post rock feel which help showcase the many sides to the band throughout the opening track. The closing chords sound very warm; an excellent start.

Clockwork follows Firing Line with a far more sombre and subdued introduction. It is here the synths and programming come into their own. The swirling and cold atmosphere that is created is stark, and again Westhead’s vocal delivery takes centre stage. The repeated loop of the vocals subtlety infects your conscious without you noticing.

The solemn introductions continue on Where Nobody Else Goes. The piano and acoustic guitar pairing creates a bleak soundscape, however the whole song gradually morphs into something that feels far more uplifting. The vocals really soar, but are controlled in such a way that shows a great range. The closing track, Darkness, has more than a whiff of The xx in its opening motifs. Processed drums repeat ad infinitum throughout, and the guitars are a lot bolder and heavier as the EP comes to a triumphant close.

If v1.0 is anything to go by, v2.0 should compliment this small collection of songs excellently and provide a superb mini album. The EP’s can be ordered digitally here. The band can be found on Facebook and Twitter. The EP’s lead track, Firing Line, is currently available as a free download here.