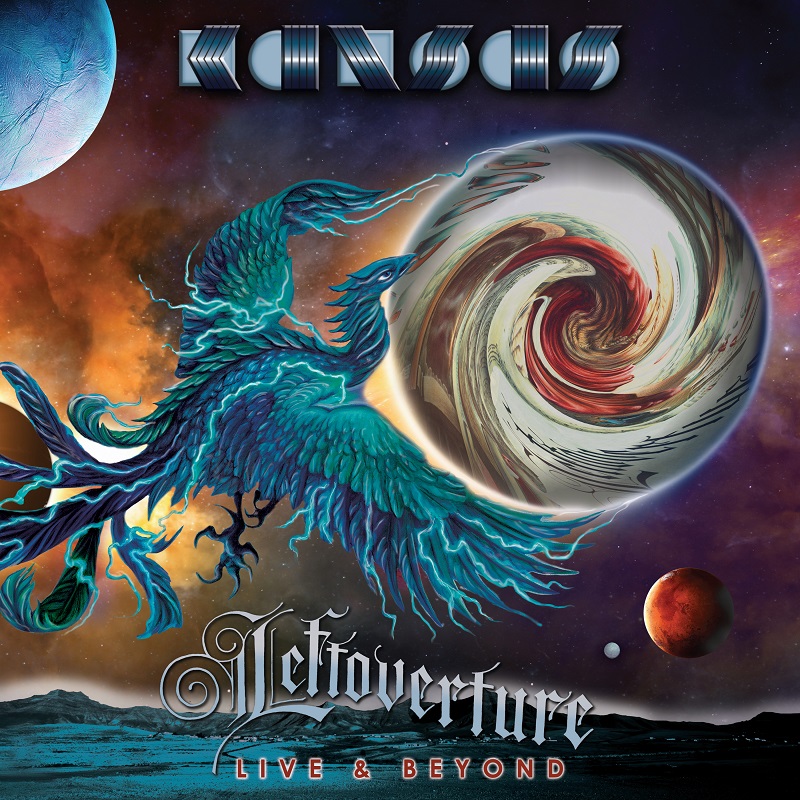 Be prepared for excessive use of the terms ‘legendary’, ‘classic’ and variations of therein as we take a listen to a live album from a band for whom the terms could have been invented. Their new live album features nineteen songs selected from twelve shows recorded during the Kansas Spring 2017 Leftoverture 40th Anniversary Tour.

Although not quite so legendary that when you google ‘Kansas’, the band is still in second place behind the US state. Having said that, record sales the like of which we’re ever likely to see again – eight Gold albums, three sextuple Platinum albums, even a Platinum live album and a couple of million selling Gold singles thrown in for good measure – gives a sense of the enormity of their impact in the once thriving record industry. In these days of liquid digital music where vinyl is treated like a rare commodity, Kansas still pack a live punch even though their music and massive album sales, not just for them either to be fair, are a sign of the times.

With their omnipresence through the seventies and eighties as they straddled the world’s stadia and dominated airwaves of AOR and FM rock radio stations, you might argue that Kansas were never cutting edge, but boy did their formula work.

They enjoyed an Indian Summer in 2016 with a well received first studio album for 16 years, The Prelude Implicit, a record that harnessed some of their more progressive influences. What better way to celebrate than to tour it with a nice little bit of nostalgia thrown in by including a full performance of the ‘classic’ 1976 Leftoverture album, one that takes up the second disc of the product in your hands if you’re listening on shiny silver discs (4 mouthwatering LPs for vinyl lovers). At the time it was an album that made a mockery of Steve Walsh’s writer’s block prior to writing and recording Leftoverture and although just Phil Ehart and Rich Williams remain from that line up, the general fluidity of the line up was part and parcel that failed to detract from the Kansas experience.

Produced by the guy that produced Leftoverture forty years ago, Jeff Glixman, the first disc cherry picks classic hits, deep cuts and new songs – a choice selection from the early days rounding off with a surge of present day Prelude Implicit songs. The distinctive sound of David Ragsdale’s violin peppers the music, occasionally giving a rootsy country feel to proceedings – listen to the underlying fiddle in Questions Of My Childhood – or lending the occasional haunting presence, making an impact from the opening Icarus II and then into the classical/rock crossover in Journey From Mariabronn. It’s perhaps the one single aspect of modern Kansas that lifts them from being just another American A/MOR band plus a surprisingly hard edge rearing its head (not enough some might argue) particularly on Icarus (Borne On Wings Of Steel) – proudly heralded with “that’s a good start right?” Of course, almost everyone sings, adding a vocal lushness and general sonic palette which is, of course, meticulously played.

The Leftoverture top to tail performance kicks off with a note perfect version of their magnum opus, Carry On My Wayward Son, even pausing for a few seconds to accept the ovation that greets that oh so recognisable opening vocal volley, before running through to the climax of ten minutes of Magnum Opus itself.

You can hear THE Kansas standard Carry On Wayward Son from the album here: