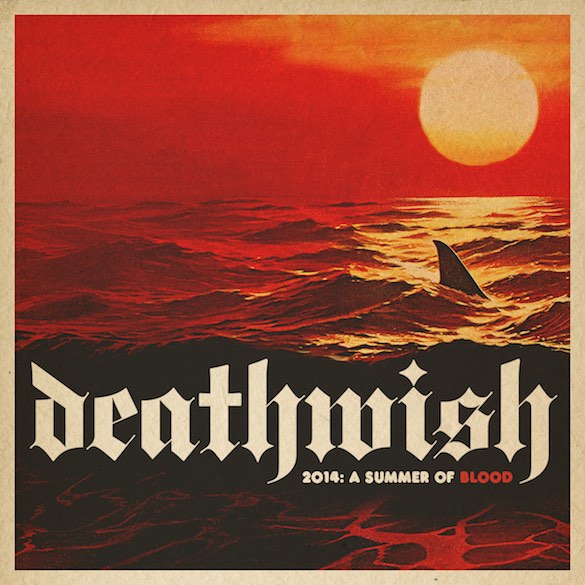 Deathwish Inc, undoubtedly one of our favourite labels and a must follow for all fans of hardcore and it’s many offshoots, have released a free sampler called A Summer Of Blood. Twenty tracks to while away the lazy summer days too, or, alternatively, to two-step mosh, and spin kick your mates in their faces too.

Deathwish Inc., for those who don’t know, is the independent record label run by Jacob Bannon of Converge and Tre Mccarthy. It’s been around for a while now, nearly 15 years in fact. As of 2014, Deathwish Inc’s discography ran to over 160 releases, ten of which were by Converge themselves.

Stream it below or download it for free here.

In other Deathwish Inc news Coliseum are celebrating their 10th anniversary by releasing the Coliseum Deluxe Reissue: A twenty song collection featuring their classic self titled debut album (out of print since 2006) paired with eight essential bonus tracks from their primordial years. It was originally recorded by Jason Loewenstein of Sebadoh and has now fully remixed by Joel Grind of Toxic Holocaust. The release also features new deluxe packaging, insightful liner notes, and cover artwork by John Baizley of Baroness.

The album will be available via Deathwish Inc on August 19th. If you can’t wait that long to hear in AV Club are streaming it in full over here.

Deathwish Inc. can be found online here: deathwishinc.com. They’re also on Facebook and they tweet as @deathwishinc.