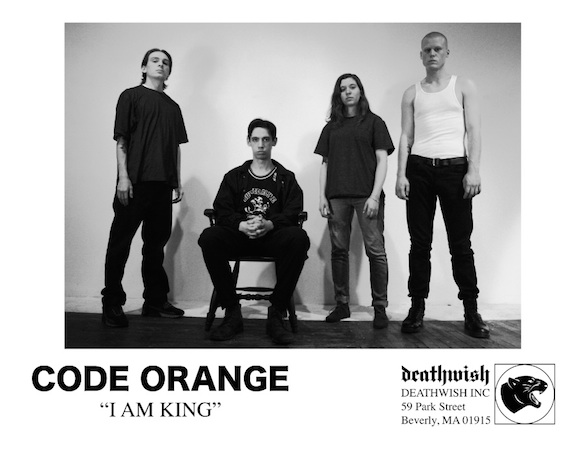 A few weeks ago Code Orange, whose last album scored a spot in our 2012 albums of the year list, dropped details of their new album, I Am King. They followed that news up last week by premiering a video on thinnersoftheherd.com. Check it out below, along with more info about the album and their name change.

The band formerly known as Code Orange Kids, who’ve been known to blow us away not only with their ludicrously assured debut album, Love Is Love / Return to Dust, but also when we saw them play live with Full Of Hell when both bands were supporting Circle Takes the Square (with whom they more than held their own) have a new album due out later this year, on 2nd September to be precise, once again on the mighty home of hardcore Deathwish Inc, most well known perhaps for releasing a fat chunk of Converge’s discography. Considering which it perhaps comes as no surprise to learn that that Converge’s Kurt Ballou has recorded and engineered the album.

…they’ve now given us an early indication of how that album’s going to sound with a brilliant teaser video I Am King directed by Max More. Check it out below and under that the track list and cover art.

And the cover art: