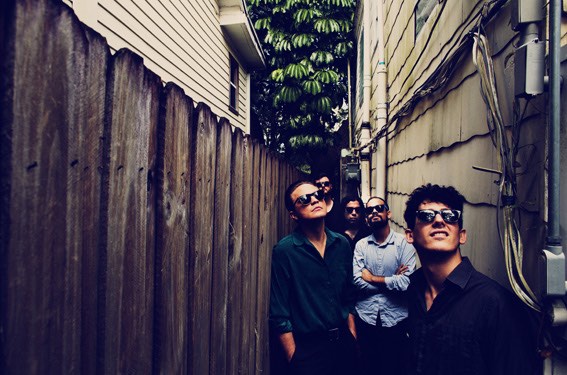 Ahead of the August 25th release of After The End, the new album from Merchandise (who we covered as a new band of the day a couple of years ago) and their 4AD debut (review of their actual debut), the band yesterday premiered a brand new track off it, Green Lady, and announced details of a November tour. Full details below.

“The next track to be heard from After The End, Green Lady marks yet another step in Merchandise’s progression towards the “twisted pop record” they promised, as detailed by lead singer Carson Cox in NME earlier in the year. It is accompanied by an animation, using the Frank Haines’ sculpture from the album’s cover. You can watch in the player below or on the band’s YouTube channel here.”

Also announced today is the band’s first UK tour in over a year, as part of a European tour that takes in ten countries over a whole month. The band kicks things off in London on November 18th and will have London three-piece Shopping playing the whole tour with them. All shows are listed here: