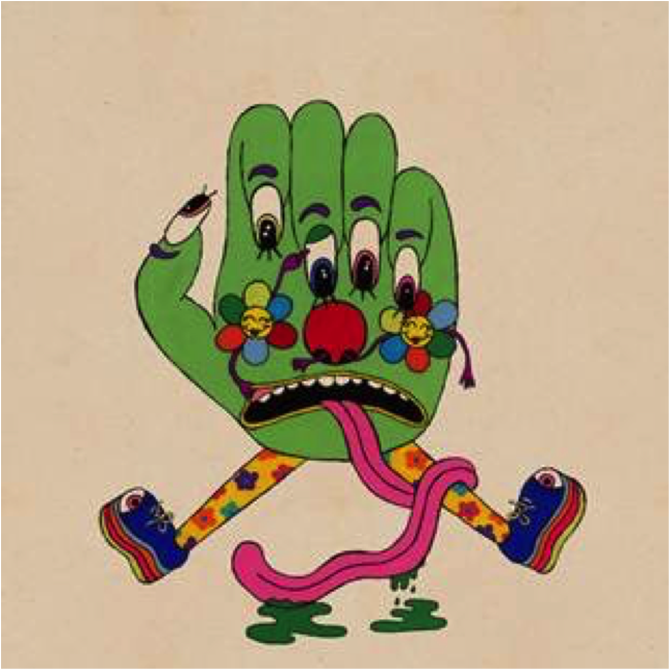 Fresh from touring in support of Arcade Fire, Baltimore’s Dan Deacon has returned to a simpler way of writing and recording with this self produced offering.  Now before I start let me nail my colours firmly to the mast. As a rule I am not a fan of synth-pop, dance music or electronica. So what on earth am I doing reviewing something like Dan Deacon’s latest offering?  Well truth be told I am always open to checking out new music, and broadening my own musical horizons so Deacon’s new album found it’s way onto my iPod for repeated listening over the course of a few days.

So how was it?  Well in all honesty it won’t have me rushing out to buy his back catalogue, nor will I be converted to a musical genre that for the most part leaves me cold and unsatisfied. That said I did find Gliss Riffer pleasant, interesting and varied.  If you are a fan of  the sort of ambient synth-pop laid down by the likes of Moby or the dance grooves by the likes of Fatboy Slim then this will certainly appeal to you.

The album starts out brightly enough, lead track Feel The Lightning is an interesting and multilayered offering which adds a very pleasant female vocal counterpoint to Deacons vocal. I was surprised to learn from the record company blurb that both the male and female vocals are actually provided by Dan Deacon himself.

I found the first three tracks interesting and engaging but to be honest track 4 Meme Generator left me bewildered and somewhat confused, I most definitely didn’t get it. For me at least it came over as self indulgent and a little pointless. The ten or so minutes that comprise Mind On Fire and Learning To Relax marked the high point of the album for me. They are sonically rich and engaging though truth be told the latter track probably outstayed its welcome as Deacon begins a somewhat pointless meandering for the last minute or so.

If the last minute or so of Learning To Relax marked a pointless meandering then sadly, for me at least, the final two tracks are the meaningless self indulgence of an artist who has found himself lost on the darkest of moonless nights and is stumbling around desperately trying to find a route back to the light. Take It To The Max is to my ears near eight minutes of the same four notes played over and over an a slightly varied tempo. By the time some texture is added at around the four minute mark I found myself praying for it to stop and by the time the track becomes interesting at at around six and a half minutes in I was losing the will to live.

The first minute of the closing track Steely Blues consists of three long drawn out notes and although the track does improve I found that despite my best efforts and repeated listens I was switched off.

In conclusion, as someone who isn’t a fan of this genre, I found Dan Deacons Glass Riffer a mixed bag.  The first half was interesting and engaging even if there is a tendency for some of the tracks to meander a little.  If you are a fan of Dan Deacon’s previous work then I am sure that you will find this an interesting development and a fresh take on Deacon’s work.

You can find Dan Deacon on the Internet at dandeacon.com, and also onFacebook, Twitter as @ebaynetflix and Instagram