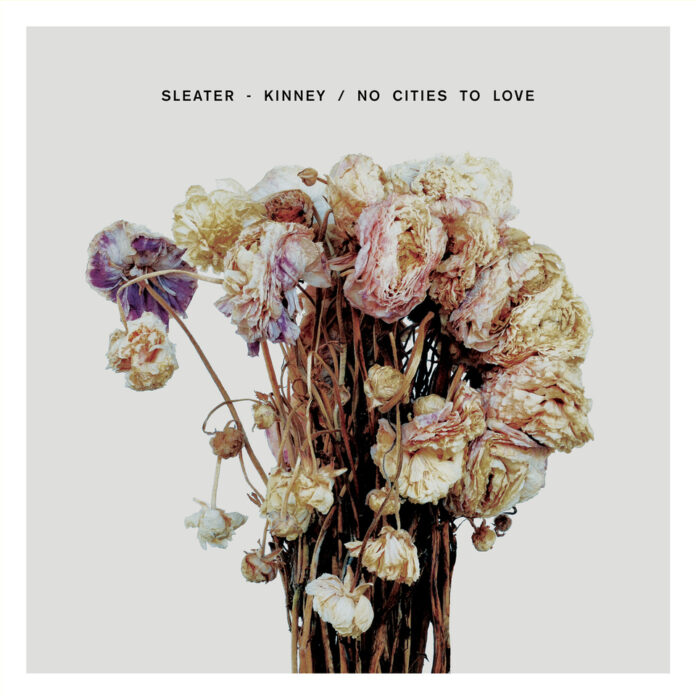 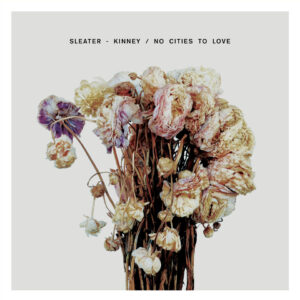 We’ll be the first to admit it’s remiss of Louder Than War not to have run a review of this, Sleater Kinney’s eighth studio album and first in 10 years, sooner. It came out all the way back in January after all and Sleater Kinney are a key band in the history of music. It’s also a bloody good record, as Louder Than War’s Roxy Gillespie attests too in this, her first piece of writing for us.

When Sleater Kinney announced they would be having a break to pursue other projects in 2006, fans didn’t think it would be 2014 before the musical hiatus was over. Many, if not all, had simply given up hope of Sleater Kinney reforming at all. There must have been a little trepidation when ‘No Cities to Love’ was announced, a worry that Tucker, Brownstein and Weiss wouldn’t be able to match their former brilliance, that the production of a mediocre album would in some way tarnish the band’s legacy.

From the first bars of ‘Price Tag’, those fans must have been breathing a sigh of relief. The tight indie rock is topped by bristling, abrasive vocals, with just enough angst to thrust the message home. It’s an excellent beginning. But there are many stand-out tracks on ‘No Cities to Love’. After listening to the whole album, I would say the strongest material lies in the first section. The remaining tracks are still worth hearing, it’s just that the first six blow me away.

‘Fangless’ isn’t quite as strong as ‘Price Tag’, but has suitably uncomfortable lyrics that elevate it from the mundane. ‘Surface Envy’ has a chaotic circus feel and a memorable chorus, a mouth-watering piece of music. ‘No Cities to Love’, takes the tempo down a notch, but the lyrics again show a subtlety and quality, proving this band still know how to write vital, relevant lyrics. Musically, the song put me in mind of Franz Ferdinand at their best.

Who can resist a video from the ‘Bob’s Burgers’ team?  Sleater Kinney make great animated characters, and the punchy accompanying track ‘A New Wave’ is one of the highlights of the album.

My final favourite, ‘No Anthems’, has a heavier introduction before the angst returns, making for another indispensable track. ‘Gimme Love’, ‘Bury Our Friends’, ‘Hey Darlin’’ and ‘Fade’ finish the album. ‘Hey Darlin’’ is probably the track I find the weakest, but it isn’t lack-lustre, I just don’t think it’s as strong as the other material. It’s a testament to the overall quality of the music that, on another album, it might be one of my favourites. On ‘No Cities to Love’, though, the competition is way too stiff.

Although Sleater Kinney have never had a bass player, the music always carries enough depth and grit to satisfy any post-punk aficionado. This album shows a musical maturity tinged with enough raw excitement to satisfy the most jaded musical palette, but it’s the lyrics and how they’re delivered which make it special. Carrie Brownstein has the perfect voice for the frighteningly well-written songs on this album. It’s edgy and jagged in places, flinging the words at us with real gusto and sincerity.

Having listened to ‘No Cities to Love’ a great deal in the last few weeks, I think any worries experienced by long-time fans have been laid to rest. I love this album. It has the guts and pure spunk that all solid, no-nonsense post-punk albums should have. Let’s hope we don’t have to wait quite as long for a follow up.

All words by Roxy Gillespie. This is Roxy’s first article for Louder Than War.