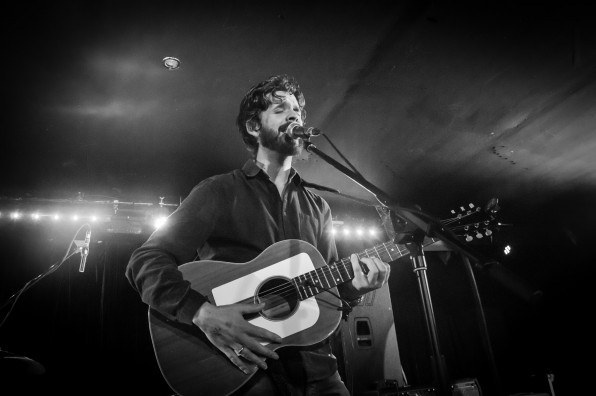 There’s a fashion for major artists to reconnect with their fans by playing small venues. On Thursday 20th March a singer who can fill concert halls in Scandinavia, who supported Tori Amos on a recent US tour, played a support spot at the Ruby Lounge on Communion’s tour. Louder Than War’s Nicky Crewe reviews. 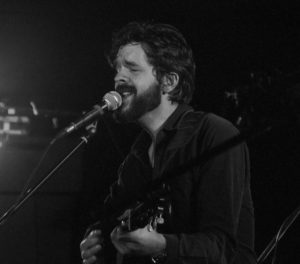 Thomas Dybdahl is a Norwegian singer songwriter. I first came across his music nearly ten years ago when my son came back from New York with a few of his songs on his new I-pod. We knew nothing about the singer then, but those songs became part of the soundtrack to our family life.

A few years ago we got to see him in Derby, touring solo, playing small venues, chatting to his audience. My younger son added his songs to his busking repertoire. We saw him with his band on a beautiful sunny afternoon at the Green Man Festival in 2011. So when I saw he was playing the Ruby Lounge, I was thrilled but puzzled. Why such a small venue?

A small but very enthusiastic audience of fans gathered, some of them fellow Norwegians. They knew he had sold out the concert hall in Oslo the week before. This was a living room experience of a gig, in the Ruby Lounge. Thomas was genuinely surprised at the warmth of the reception. We knew the songs, we knew the words. He has that ability to connect with his audience that makes a performance memorable long after the event. He is charming and chatty . It became a conversation. He asked for requests, inviting the audience to ask him questions . It was cosy. He gave us the back stories to the songs. Life Here is Gold was written in a hot tub in Bahrain. A Love Story was for a film soundtrack. He sang an old favourite, Cecilia, revealing something of his relationship history in the process. It’s about the girl he didn’t get. He did an acoustic version of Let’s Party Like it’s 1929. He finished the set with Love is Here to Stay from his latest album. He had dreamt the first chord of this particular song. He had no merchandise, but he talked to people at the bar, posing for photos and chatting in Norwegian and English. It was a very special night. New friends and favourite music.

He gets compared to Jeff Buckley and that would be a starting point if you think you might like him, but he is a very distinctive writer and singer. Take a look and listen.

All words by Nicky Crewe and all photos by Shay Rowan. More writing by Nicky on Louder Than War can be found at her author’s archive. You can also find more photos by Shay on Facebook. Shay also tweets as @shayster57.