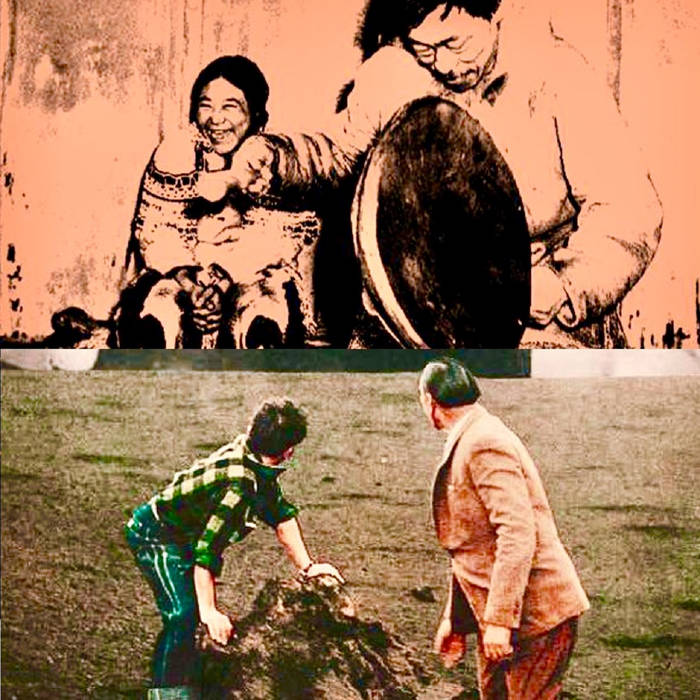 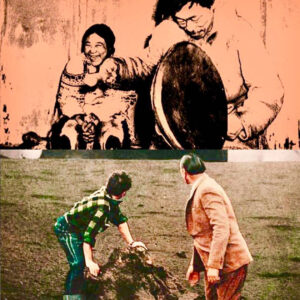 There’s never any reason to not visit the world of Chow Mwng. It may be weird, it may be slightly scary, you may not want to stay there too long but, you will not be able to dispute its originality and, any discerning alternative music/noise enthusiast will soon realise that he borders on genius.

Ash Cooke has been around a while – one time member of Peel-supported Derrero who later morphed into Pulco has been around for over twenty years making music that questions everything you’ve ever heard before and teases as to what may be around the corner. Can all noise be interpreted as music? You bet your bottom Euro it can.

For the Nunavik EP, Chow Mwng ‘visits’ (as the title may suggest), the Inuit people of the Artic regions for inspiration. Known for their traditional throat music, the sounds are primitive and unusual as they mimic everyday sounds of nature. And so, Cooke pulls apart the regular theorem as to how voices should sound and re-assembles them in often intense musical collages described as mouth music for the mouth.

The results are fascinating. The almost automated sounding loop of Yupik coupled with the screeching electro effects that step perilously close to unlistenable open the proceedings and the intention of Chow Mwng is evident – no instructions, no guidelines, break down the barriers. Inuktun follows in a similar vein, an enthralling repetition of completely indecipherable voices and melody (sic), and possibly even an attempted dog bark. It’s possible that the kitchen sink is in here too.

With Thinuit comes one of Cooke’s brilliant recitals sounding like a cross between John Cooper-Clarke and Mark E Smith if ever there was one, his infectious poetry induces aural contagion that is difficult to be anything other than drawn in to. More repetitive voices and guitar plucking form the basis of Katajjaq, a manic three minutes that sounds almost automotive in construction and EP closer Thule brings a haunting, almost horror inducing wall of sounds.

There’s no doubt that Cooke is one of life’s free-thinkers – knocking down obstacles and deconstructing walls – and his current guise of Chow Mwng brings originality beyond compare. Possibly the punk music of our era it is lo-fi, D.I.Y. and free from any corporate chains. Amazing stuff.

Boca 45 To Launch Series Of Single Releases This Saturday