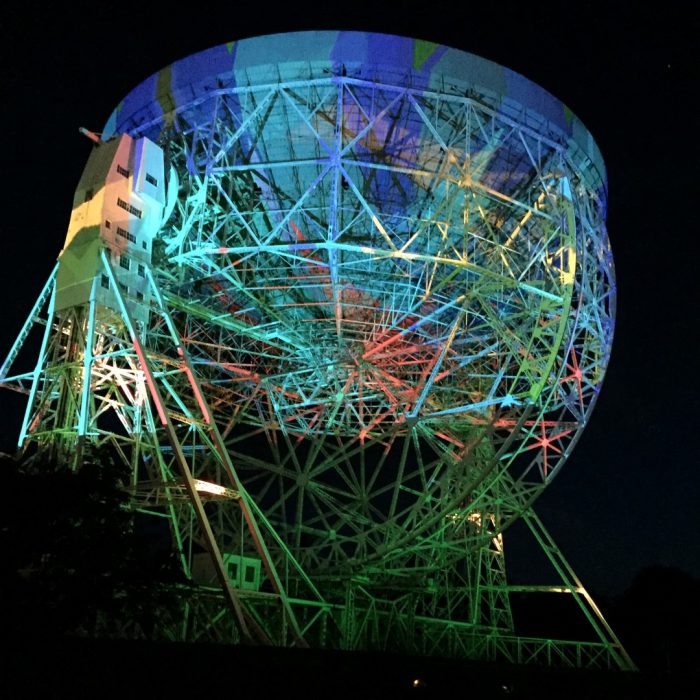 David Edwards casts his eyes ahead to celebrating 50 years since the Apollo moon landings this July in the sumptuous, beautiful and cerebrally-stimulating environment of Bluedot Festival, accompanied by a stunning initial lineup of headliners and artists.

It takes something genuinely special to create a new festival in this day and age. As wage squeezes get tighter and even former giants such as V-Festival fall by the wayside, a festival needs a genuine air of individuality, a true unique selling point and a broad and bold approach in order to confidently step onto the main stage. In short, we can’t just get away with lumping people into a bare field and putting on a bunch of “will this do?” middling acts anymore.

Such an approach is the polar opposite to the welcome and wonderful ethos of Bluedot Festival. Since its formation in 2016 (as a continuation of the always-excellent ‘Live at Jodrell Bank’ series of events), the event has delivered on every one of these aspects. Located in the shadow of the colossal Lovell Bank space telescope in Cheshire, the festival has grown exponentially in scale and confidence over the last four years to become a genuine highlight of the festival season. And for its fourth year, it has announced its boldest and most exciting lineup yet, in celebration of 50 years since arguably humanity’s greatest achievement. 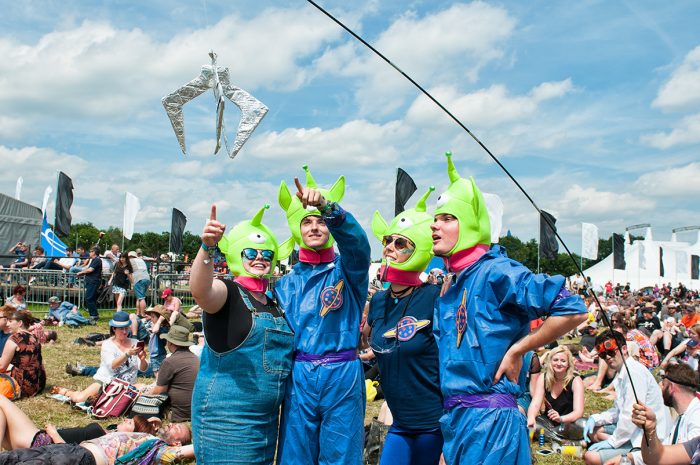 On Sunday 21st July 2019, it will be a half-century since Neil Armstrong became the first human to step foot onto the moon’s surface. To mark this historic event, The theme for Bluedot 2019 is all about the Apollo moon landings. How does that fit into the festival aesthetic? Well, for those who have never attended before, Bluedot is both a music and a science/academic endeavour. Alongside the eclecticism and diversity of the musical acts involved, the festival hosts talks and presentations from leading figures in the world of science and technology, as well as interactive features, installations and demonstrations. The festival has planned to have multiple events reflecting the Apollo landings and our relationship with the earth and space. Indeed, the name of the festival itself comes from Carl Sagan’s ruminations on the “Pale Blue Dot” taken by the Voyager 1 probe looking back at the fragility of the earth from the far-reaches of the Solar System. 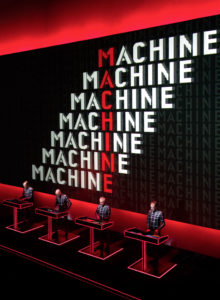 As the centrepiece of the festival are arguably the perfect act to celebrate the occasion. The influence of Saturday headliners Kraftwerk on music’s adoption of electronica and digital technology is absolutely beyond contention – having utterly transformed the composition of music and blurring the boundaries between human expression and technological emotion. Almost at their own fiftieth anniversary, the band have been responsible for some of the greatest electronic albums in history, such as 1977’s Trans-Europe Express and 1981’s Computer World. Still lead by original founder Ralf Hütter, in recent years they have become equally well known for their extraordinary visual live shows – combining panoramic screens and interactive sound setups to give a immersive, captivating experience. Their current 3D stage show has been gaining rapturous receptions since they unveiled it in 2012 and will surely be a unique and deeply beautiful way of celebrating the Apollo 11 landings, combined with the Lovell Telescope being used to reflect the live visuals.

Alongside Kraftwerk, the festival has obtained two other heavyweights to headline a hugely impressive bill. On Friday, 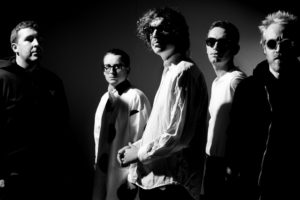 the main stage plays host to electronic-pop marvels Hot Chip. Well renowned for their superb live shows and beautifully inventive covers threaded through their own back catalogue, the band will be an undoubted celebration of all that is joyous about live music. With six exceptional albums to their name so far, the band have a huge selection of tracks to choose from conveying poignancy, emotion and deeply-held humanism alongside their out-and-out storming party tracks, including of course 2006’s brilliant ‘Over and Over’ which somehow never seems to grow any less exciting and striking as the years pass by. 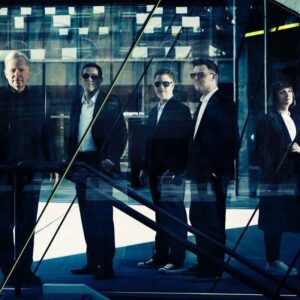 And closing out the festival on the Sunday night are another group of dance titans – New Order. Alongside Kraftwerk, it would be temptingto put New Order as similar in importance when it comes to having defined dance music internationally, with their remarkable 1980s output helping to break down barriers and bring electronic music into the mainstream. Boasting an extraordinary repertoire of classic songs comprising their own ground-breaking music and seminal Joy Division tracks, New Order remain a glorious live band and their last album (2015’s Music Complete) was arguably their strongest record in twenty years. Expect a set packed full of some of the finest singles of the past 40 years.

Looking further down the bill, there is already a rich selection of acts – with more still to be announced. Jon Hopkins beautiful meditative electronic tapestries are set to hypnotise the Orbit Stage on Friday night, whilst Kate Tempest’s charged, urgent and articulate political wordplay have never been more important. John Grant’s wonderful baritone tales are always beautiful and strangely hilarious to give in to, whilst 808 State’s pioneering techno still sounds brilliant and unique after all these years. Combine this with Gruff Rhys’ mystical folk-pop, Gogo Penguin’s articulate, cerebral polyrhythms and Anna Calvi’s extraordinary kinetic guitar and you have one of the most diverse and fascinating lineups of the summer. In addition to this, other acts worthy of attention are Cumbria’s glorious shoegaze purveyors The Lucid Dream and Beth Jeans Houghton’s raucous and challenging Du Blonde incarnation. Everywhere you look, there is something to get excited about.

In truth however, this is only half the story. One of the genuine joys of Bluedot is to explore the woods with their art and creative installations (including a mesmeric model of the earth suspended above the path into and out of the festival) as well as talks and science demonstrations. For inquisitive and creative children, there are science experiments and performances to enjoy, whilst for those who want to take things more leisurely, the festival provides one of the best selections of excellent cuisine and gourmet beverages than any festival operating in the UK. Alongside that, the crowd is genuinely family-friendly and populated by good humour and pleasant vibes. It’s a special crowd, in a special place, with truly special music. 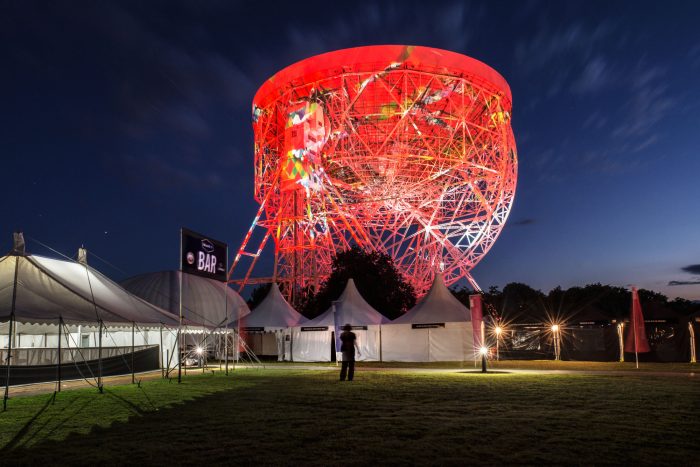 Bluedot 2019 runs from Friday 19th July 2019 to Sunday 21st July 2019. The festival is based at the Jodrell Bank Observatory, approximately 30 minutes drive from Manchester or 45 minutes from Liverpool and the festival will be running regular coach services to and from the event. Weekend festival tickets are available from here priced £179.25 for adults (including booking fee) and £85.75 for children aged between 11-15, dropping to £27.50 for 6-10 and free for children under 5. Both adult and child tickets can be bought with a flexible payment scheme that allows you to pay a deposit of £59 to secure your ticket, with the ability to pay the rest any time before May 1st 2019. Weekend festival tickets allow entry to general camping, though a wide variety of Glamping options are available. Tickets can be purchased for Thursday entry for an additional £31.90 per person for adults and this is likely to allow entry to a special event on the Thursday (such as last year with the Halle Orchestra sound-tracking The Blue Planet). 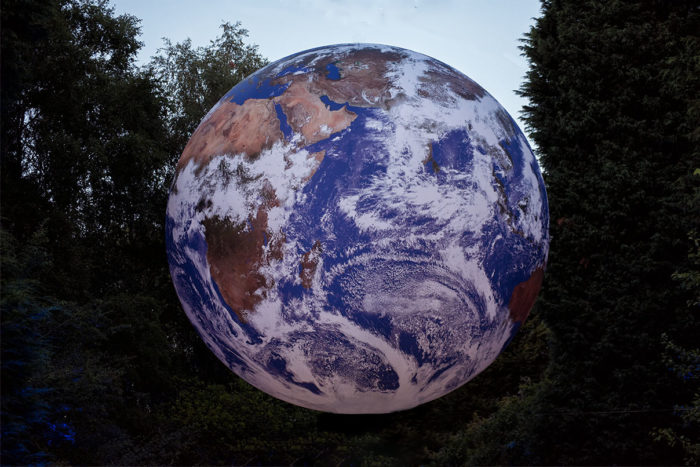