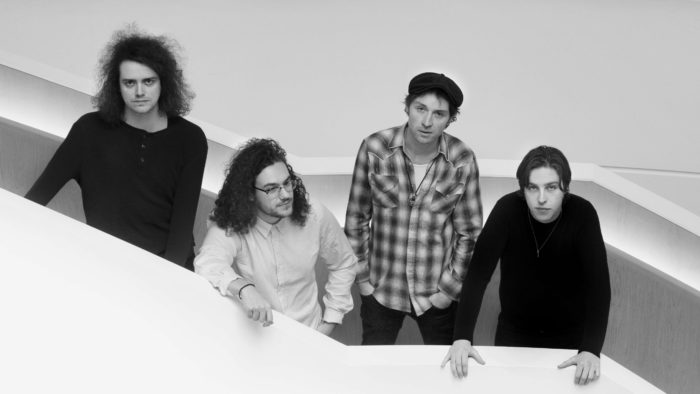 Catfish and the Bottlemen debut new songs while keeping the old favourites flying out, in a blistering performance at Nottingham Arena, which showed the band is more than ready to play huge venues.

The atmosphere was fantastic throughout the night. Every single fan that packed into the Arena belted out the words to each song. This included the new material, that went down particularly well with the crowd. The gig started with a debut performance of new single ‘Longshot’. It’s clear to see how it’s quickly becoming one of the group’s biggest songs, it was such an energetic opener and really set the tone of what was to follow.

This rolled into a rowdy rendition of fan-favourite ‘Kathleen’, keeping the gig going at an unstoppable pace. The back catalogue the band have created so far worked perfectly in the huge venue, because the songs are so exciting. They injected energy throughout the massive crowd, never leaving time for a dull moment.

New songs were a key feature of the show, and it was clear to see the band are desperate for their upcoming album to be released so they can play more than just a few tracks from it. As well as the aforementioned ‘Longshot’, the group also gave ‘Sidetrack’ it’s debut and played the previously released single ‘Fluctuate’. All of these went down a treat with fans, who seemed to be just as keen to get their hands on the new material.

Front man Van McCann put in as much effort as he possibly could on the night. His energy on stage is enough to keep any crowd entertained for the length of a gig and leave them wanting more. That was certainly the case in Nottingham; he had the Arena in the palm of his hand, often commanding them to sing sections of songs; they were more than happy to comply. If there were any doubts of Van’s vocal abilities, he more than made up for them with his energy and enthusiasm.

The band pretty much split their song selections fifty-fifty, taking tracks from ‘The Ride’ and ‘The Balcony’, the group’s first two records. This allowed them to perform everything fans could have hoped for, including stomping versions of ‘Pacifier’, ‘7’ and ‘Cocoon’. Catfish and the Bottlemen also proved themselves to sound just as strong when they strip it back to basics, with a quick acoustic performance of Hourglass, that had everyone in the building swaying and singing along.

The last song on the setlist was the highlight of the night. The thunderous ‘Tyrants’, a track from the band’s second album closed out the performance in astonishing fashion. Van McCann jumped on top of the long row of amplifiers on the stage and galloped across them, knocking some of the stage lighting down as he went. Just completely lost in the music, much like the mass of fans that had piled into the Arena to sing their hearts out. Tonight was further evidence that Catfish and the Bottlemen are only going to keep growing in popularity and enjoy many more years of success.

Photo by Jill Furmanovsky, who can be found here.