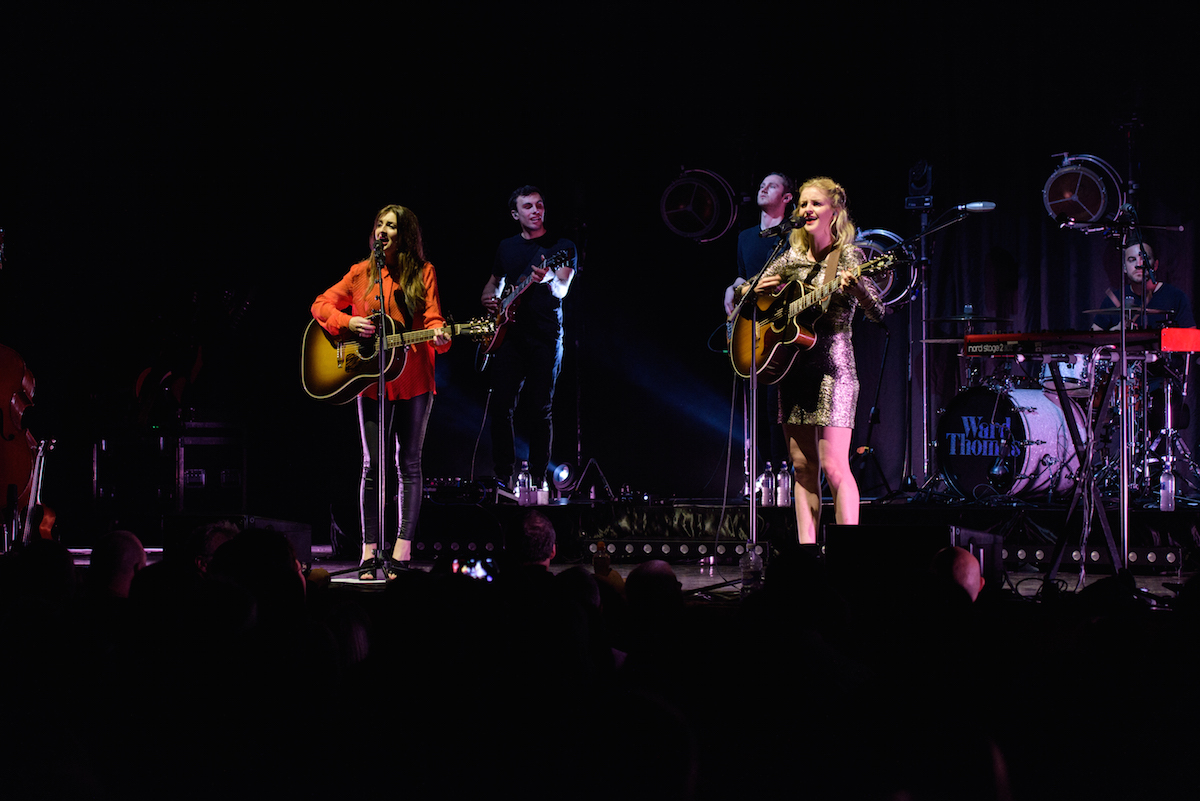 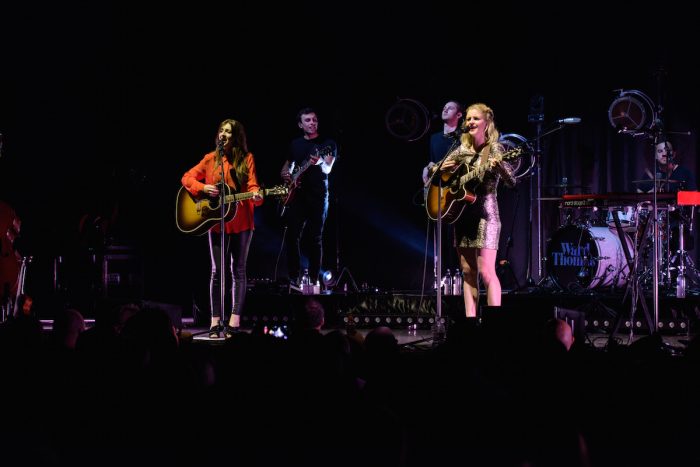 A sparkling set from one of the fastest up and coming acts around, Ward Thomas truly shine tonight with their exceptional tracks.

Having already broken a U.K. Chart record by being the first British country artists to top the album charts with their album Cartwheels. In a world all too fickle and a throwaway musical culture, Ward Thomas provide a break in the monotony whilst being branded as country their sound airs towards the pop music side in my cases. Cartwheels being the perfect exponent of this, tonight also marks another milestone for the band with their biggest headline show to date in the fabulous surroundings of the main hall at the Sage Gateshead.

Opening up on this occasion is Rosa who in comparison to Ward Thomas appears to lack the power to ignite the fire in the audience tonight. Her songs are delicate and personal and have some passion deep within them, but her sound is lost in this large venue. The monotony is also quick to set in without any real excitement or enthusiasm each song blends into the next, whilst the songs are well crafted her set falls flat this evening.

As Ward Thomas take to the stage it is immediately a different story as the twin sisters kick things off with an energetic rendition of Dirt and Gold. This fervency continues throughout the early part of the bands set, their infectious country pop anthems are impossible to ignore though with the likes of Boomerang being a particular crowd favourite early on. The pair appear to feed off the crowds affection as their set continues to go from strength to strength.

Even when the pair tone the mood down for acoustic renditions of Good On You and new track Breathe In, there is an unrivalled respect afforded to them by this packed house. As far as new tracks go the two which are included tonight are met with the same passion that all of the others are greeted with. Particularly I Believe In You which tonight already feels like an older song with its instantaneous chorus and excited beat that has everyone clapping and singing along.

Whilst tracks from Cartwheels make up the majority of tonight’s set, Town Called UGLEY and Push For The Stride garner the largest crowd reactions. These older tracks have a more evident country influence, which seems to enthuse the crowd. Overall though the pair put on an almost flawless performance with songs both new and old shining through, the pair effortlessly switching between a full band and acoustic setting at will. It really isn’t going to be long before Ward Thomas hit the big time, this size show will soon be a thing of the distant past!