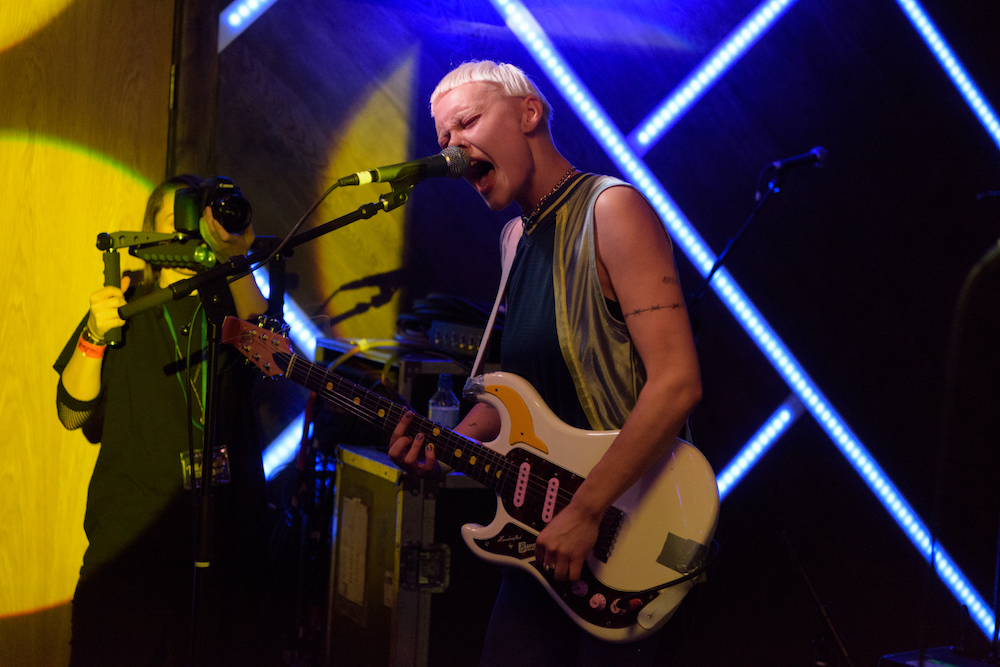 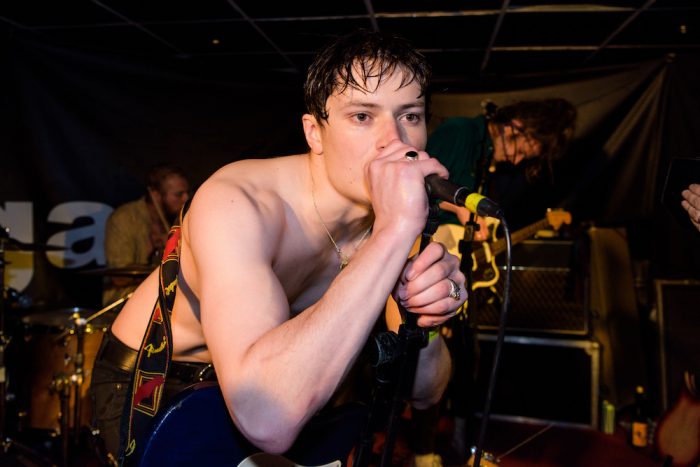 Another truly successful year at Middlesbrough’s Twisterella festival as they once again put on a cracking festival with a wonderful selection of bands.

It’s three in the afternoon and Middlesbrough is awash with music fans, many of whom are in search of their new favourite band. Twisterella is certainly the place to achieve such a goal, with forty of the finest local, national and international bands and artists showcasing their finest tracks it’s an aural feast for the senses. We’re here deliberately early to catch London’s Desperate Journalist, who are on at the rather cosy setting of the Westgarth Social Clubs smaller room.

With the room in near darkness they set about thrilling this expectant crowd with a slew of tracks from their latest LP Grow Up, they provide us with a particularly rowdy start to the day with the likes of Be Kind and Why Are You So Boring? being early favourites. There’s a real angst and authority to their tracks, they’ve long been favourites of ours and today continues to prove why they are, even if this small room is already reaching obscene temperatures early on. 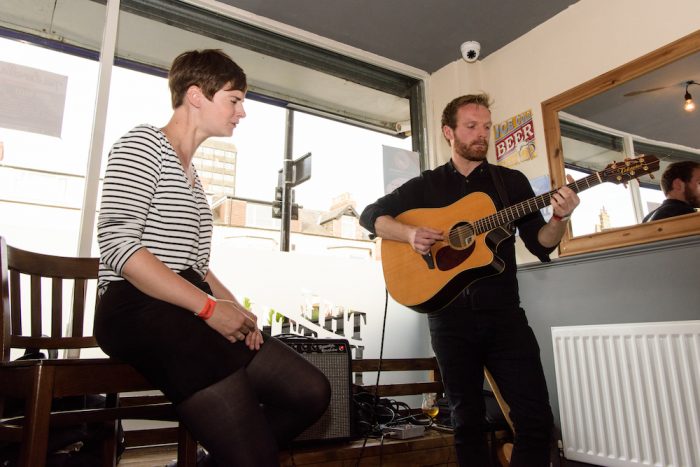 We follow them up with one of Twisterella’s popup sessions, Noemie Wolfs has spent the week writing with Joe Hammill of Cattle & Cane and what better circumstances for her to play her first ever UK show. The Bottled Note is packed to the rafters as they debut three brand new tracks, all of which are particularly delicate. Her style is similar to that of Lana Del Rey, the tracks are bleak yet honest and delivered with real passion. The only problem with this set is that it is far too short, so we’re hopeful there is a lot more to come from Noemie.

At the opposite end of the spectrum are Glasgow’s The Ninth Wave whose distinctly individual brand of indie rock piques our interest. Packed with the swagger and the attitude needed to succeed in an otherwise over crowded scene and equipped with tracks like Liars and Reformation it’s easy to see why they’re currently causing such a stir. It’s an exceptional set that really does pack a punch it’ll not be long before The Ninth Wave are the band on everyone’s lips. 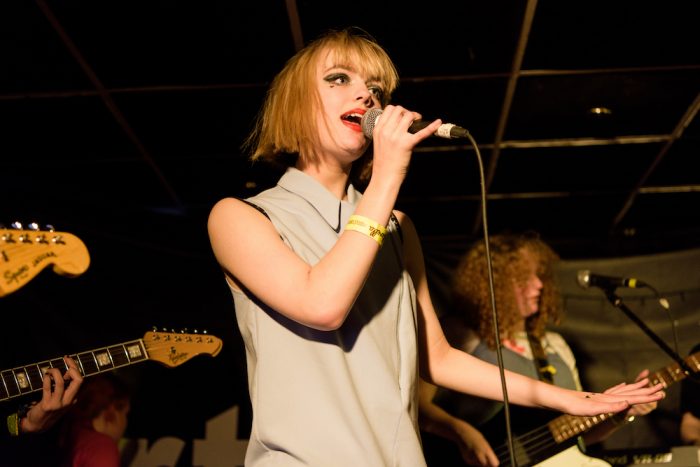 Unfortunately The Seamonsters suffered with some technical gremlins early on in their set, which puts a slight dampener on an otherwise fun set. They ooze 60s pop with lead singer Naomi strutting around the stage as she delivers these upbeat and vibrant tracks. As their set draws to a close the earlier gremlins come back to haunt them as they’re forced to cut their set short but they close on their latest single Wonderland which possesses a particular swagger and excitement there is something really refreshing about The Seamonsters, there’s definitely a lot more to come from them!

Newcastle’s purveyors if fine garage rock Eat Fast, are quick to set about tearing the roof off the Westgarth Social Club. Their individual brand of fuzzy guitar noise has been something we’ve admired for a long time, and tonight they’re in particularly fine form as they bound through an ecstatic set featuring the likes of Byker Lime Slicer and Immortal Kombat they appear to barely stop for breath and every track feels like it’s being played at double time. They once again prove why they’re one of the North East’s finest bands. 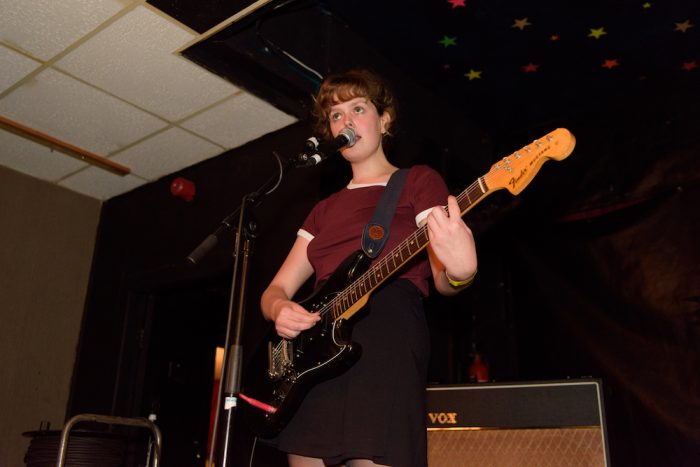 However, Dutch singer songwriter Pip Blom takes us by surprise, whilst on record her sound is stripped back and her harsh lyrics are allowed to shine. Live she fosters a similar sound to Courtney Barnett, with a beefed up band it’s a rather impressive set. Her current single Babies Are A Lie is arguably one of the highlights of the day. There’s a real passion within the misery that oozes from every track with her band conveying equal emotion to Pip herself, it’s a particularly intense set but a truly enjoyable one from an artist with a very bright future ahead of her.

The first of the headliners that we catch today are Hulls LIFE who truly blew us away earlier this year at both Hit The North and Live At Leeds. These four are particularly passionate about the country and aren’t afraid to wear their hearts on their sleeves when describing the state of it. Tonight they’re in rather visceral form with lead singer Mez stalking the crowd from the off, he bounces around the room unleashing tirades of powerful lyrics. They improve every time we see them, their angst and power continually impressing us. Tonight the likes of Euromillions and Popular Music are the stars of the show alongside the rallying cries of In Your Hands. It is almost impossible to fault LIFE tonight as they once again blow us away. 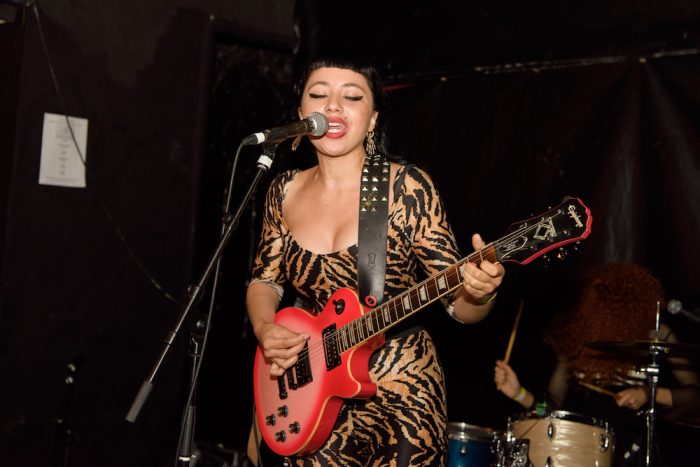 Skinny Girl Diet are next up though and with their own brand of rock and roll they really pique our interest. The war cries of this duo are as urgent as we’ve heard all day, the thunderous drums pitted against the huge riffs setting the place alight. Where many have described the duo as style over substance anyone seeing this set tonight will quickly understand that, that is complete rubbish as the duo are truly on fire with this rousing set.

They’re quickly followed by a riotous set by Avalanche Party who really are the kings of Twisterella. Having played every year they always go one bigger, this year the crowd is spilling out of the building before they’ve even taken to the stage. With the temperature in the room soaring lead singer Jordan douses the crowd in cheap lager in a bid to cool them down. Stalking the stage he screams through the first track at a crowd who need no warming up as they respond in typically frenetic fashion.

Every time we see them we’re left with this eternal quandary as to how they’re not the biggest band in the world. Their intensity, showmanship and power is unrelenting and infectious and tonight once again that they deserve this title as people fling themselves from the stage (perhaps in a bid to find somewhere a bit cooler). They’re are always a highlight no matter where they play and tonight once again Avalanche Party make Twisterella their own. 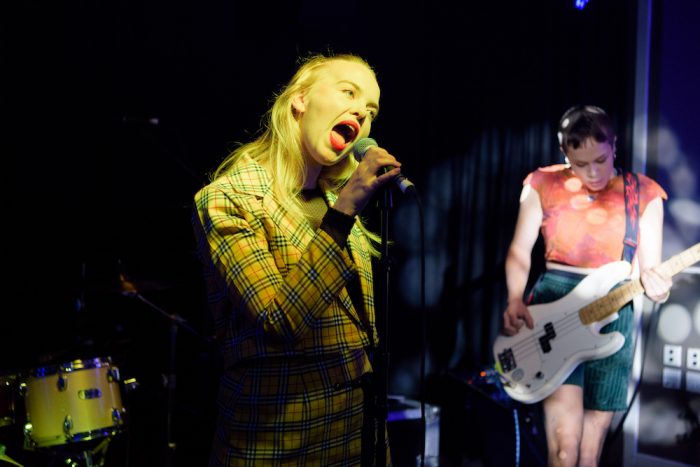 As the night draws in Dream Wife take to Twisterellas main stage with their own style of punk. They once again blow us away with their power, they rival Avalanche Party with their stage presence and sheer excitement it’s an awesome set that features the likes of Somebody and Fire Dream Wife are consistently on the up and tonight this feels like one of the last times we will see them in a small venue. There is no doubt they’re going to be huge in the not so distant future as they’re still yet to release their debut album.

Once again Twisterella has delivered on every level, we saw many bands who were previously our favourites and many potential new favourites. We must also thank the guys who run this brilliant festival, from what we saw everything ran perfectly on time and without a hitch, we really cannot wait to come back and do it all again next year!

Check out Twisterellas website for more information about next years festival!