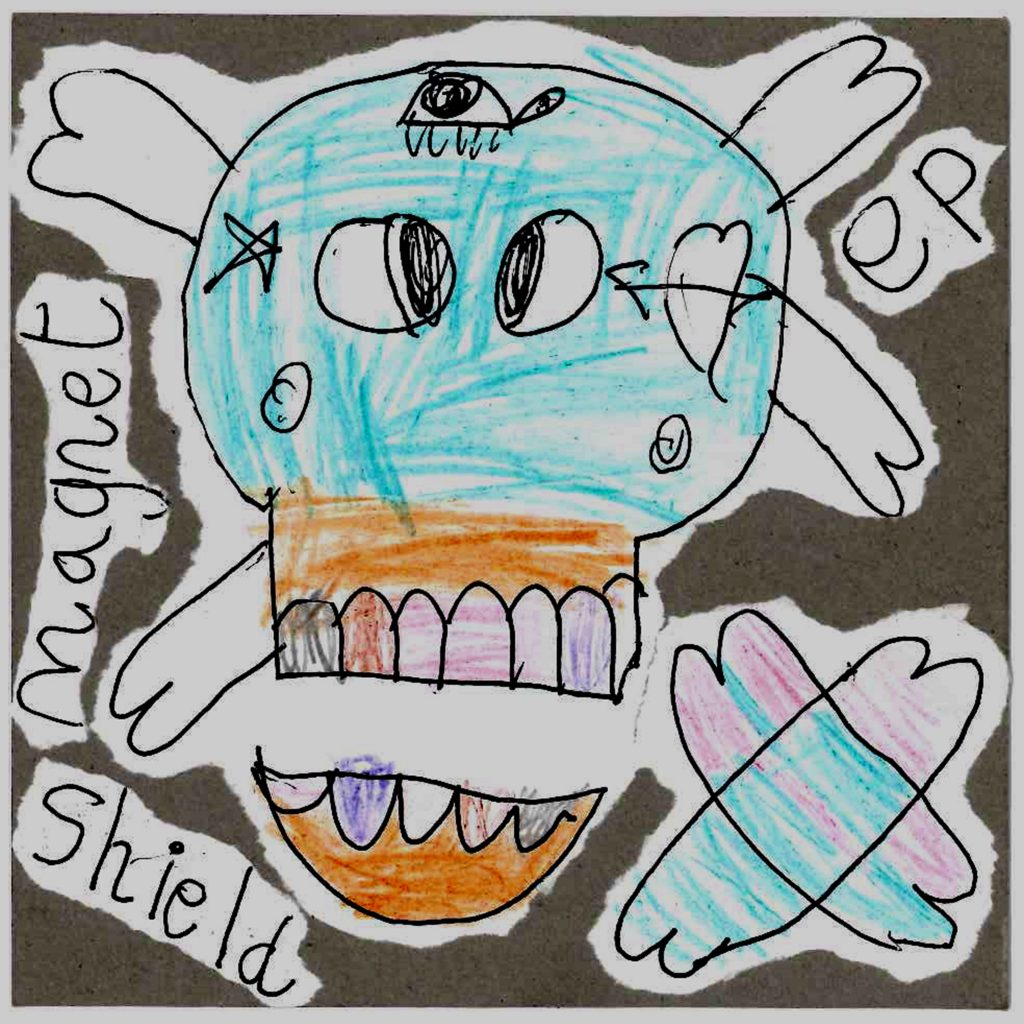 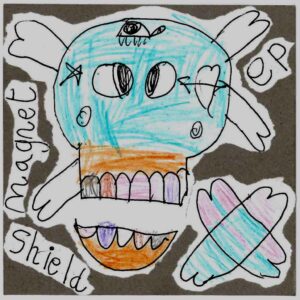 By the time this 5-track EP was pressed Tom Vamos, and his supporting cast of Villy Raze (Sheepy, Dead Class, & WanWeird), Ollie Fontaine (Sheepy), and Alex McDowall (Dead Class, The Sputnik Two) had already become Vamos & The Vents and announced a series of dates in mainland Europe, the Republic of Ireland, and Iceland; Tom works at a blistering pace – this rather splendid 5trk EP is further evidence of the fact; each track recorded in a single take over a snatched weekend back in early spring 2017.

Its dripping raw, it’s got the buzz of a stolen demo session recording complete with a naivety that belies the talents of those involved…opener ‘Into A Kiss’ has a retro vibe that points to the early efforts of a certain Black Francis continuing through to the title track ‘Magnetic Shield’ with its exploding chorus.

‘Vibrate’ is similarly effervescent with a mosh-pit friendly beat which leads you into the EP’s standout track, the joyous head rush of ‘Forty’ – a 180 second blast of perfect dirty pop; crashing drums, solid bass, a simple repeated guitar riff with breathless vocals hollered over it all; ‘Forty’ perfectly captures everything you ever loved about The Ramones, the Undertones, and reminded me of The Lemonheads when they covered the likes of Kirsty McColl’s ‘He’s On The Beach’ –

The accompanying video is exclusively revealed by LTW to celebrate Tom’s 40th birthday!

‘Magnetic Shield’ effortlessly punches its way into your heart; its great stuff, and one of my releases of the year so far!