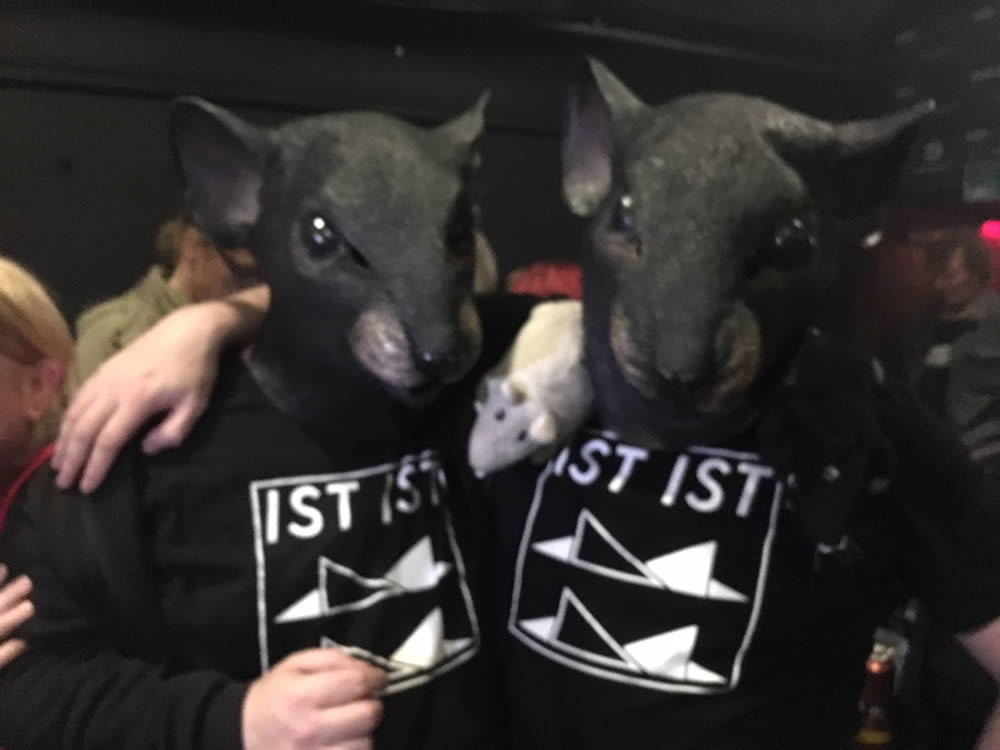 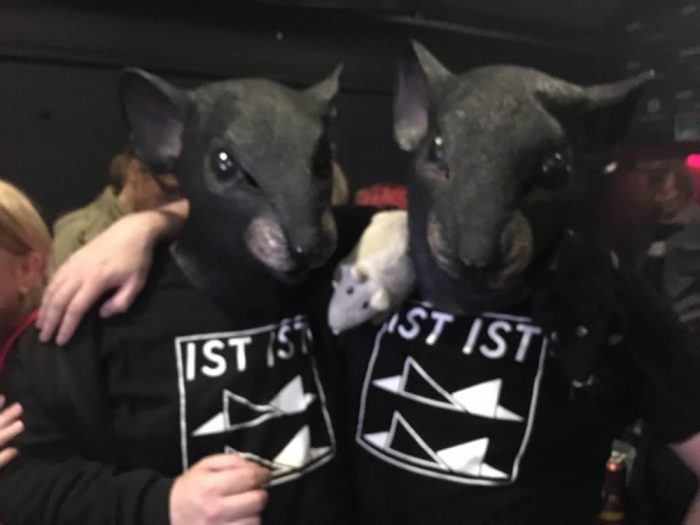 Ist Ist play a career busting best at Gorilla, Manchester. Is there any place on earth that Louder than War’s Nigel Carr would rather be?

What’s your perfect gig? Think back through all the shows you’ve been to, the highs, the lows, that sublime guitar solo, the tediously self indulgent instrumental, the overly long drum solo, the  dying for a piss moment when full of beer you just had to leave the moshpit for fear of losing it over the person in front of you. What’s your memorable moment? For me there is nothing that can top being immersed in an Ist Ist gig, at the front, dancing to Rats.  The strobe, the volume, the deep visceral bass and Adam Houghton’s utterly deranged delivery screaming over the top. Nothing can top that for pure excitement, scintillating, throbbing music at its very best, music that cuts deep into the soul. 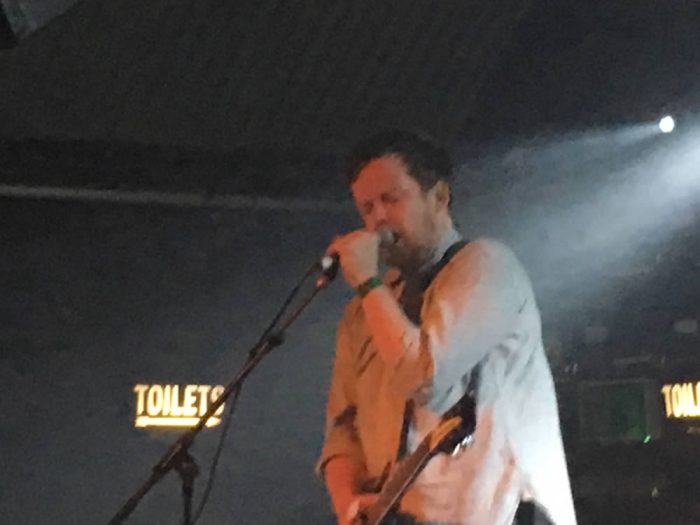 It’s dropped in mid-set. We’ve already been juiced up with opener Silence and seduced by the wonderful Emily. Then in it drops like a bomb; two minutes of pure Manc mayhem. The crowd, rat heads and all, explode in a sea of raised arms and writhing bodies. It doesn’t end there, Rats sits as the centrepiece to forty five minutes of pure Ist Ist magic. All the singles are here from the stonkingly beautiful White Swan to the dare I say? more commercially tinged Right Before Your Eyes which is released today.

Things Will Never Be The Same thunders along with Adam’s increasingly careering, unhinged, baritone vocal propelling it forward. Andy Keating’s bass threatens to eviscerate you from ten yards and Joel Kay’s animal drumming underpins the whole affair as the song breaks. It’s those moments, the build and then the drop, sparking a life-threatening frenzy that just moves your body.

Ist Ist is leading the way, this wave, becoming a tsunami of incredible talent bursting from our soggy city. A city still revelling in its tedious Madchester past like a worn sock that you can’t shake off. This new wave featuring this band, The Blinders, Strange Bones, Proletariat and Cabbage is what the kids are getting in to. It’s vital, it’s fresh and it’s coming to a venue near you very soon.

The band has just announced a major show on December 14 at The O2 Ritz, Manchester!

All words by Nigel Carr© More writing by Nigel on Louder Than War can be found at his Author’s archive. You can find Nigel on Twitter and Facebook and his own Website