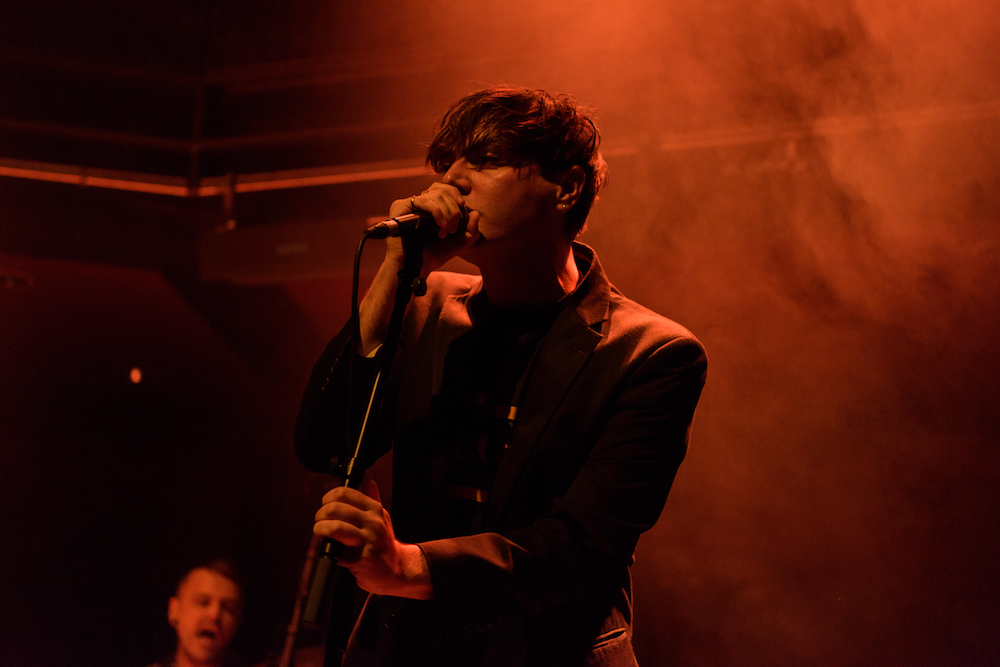 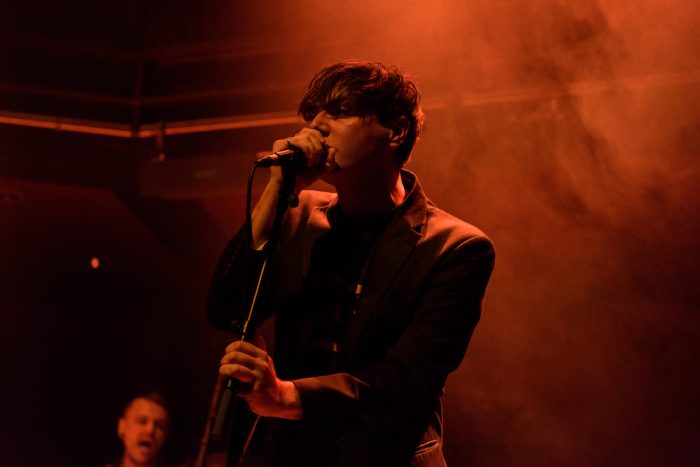 A roaring start to LIFE’s Autumn tour, the band once again proving why they’re a force to be reckoned with as they blow us away!

The current political and economic state of the country was always going to foster an environment for politically charged and passionate bands and artists to make real headway. Tonight sees two such acts embark on what is sure to be a riotous jaunt across the country, particularly for LIFE, the Hull quartet have always impressed us and are not afraid to shout, scream and yell about what they believe in.

On the face of it it should be the perfect show for them supporting the equally left leaning Nadine Shah whose new album Holiday Destination is particularly damming of the current state of affairs. As the quartet take to the stage they tear into Excite Me before announcing themselves to the now bewildered crowd. The Sage Gateshead is often a reserved venue, for example tonight it also plays host to Belinda Carlisle. Whilst LIFE initially seem out of place, they power on with their usual boundless enthusiasm.

Their passion is insatiable tonight, Mez denounces the band as the kings of Yorkshire, whilst self-proclaimed, who are we to argue. The bands political persuasions are never far from the forefront of any of their tracks, but being youth workers in a particular deprived part of the country can electrify that angst. LIFE really aren’t your typical punk band, the music industry now is so consumed within itself, with only very few rising to the top. However, LIFE buck this trend as they’re rightfully gaining the recognition they deserve but it’s through hard work rather than being picked up as the next big thing.

Tonight In Your Hands once again sticks as the highlight of their set, it’s simple sentiment is completely true. Only the people can get us out of the mess that they got themselves into. They take on Donald Trump in Euromillions, this swaggering track filled with anger and hate for the current leader of the free world and his views on gun control. Tonight doesn’t appear to have the same effect on everyone in the room, there is a particularly stark contrast between LIFE and Nadine Shah but they share similar morals.

As Mez joins the crowd for closing song Popular Music, it appears they’ve won over a number of fans regardless of their differing sound. LIFE are truly infectious and they’re doing this for the right reasons, they’re speaking for a pissed off, angry and miserable generation who are being ruled by the rich and being forced to suffer because of it.