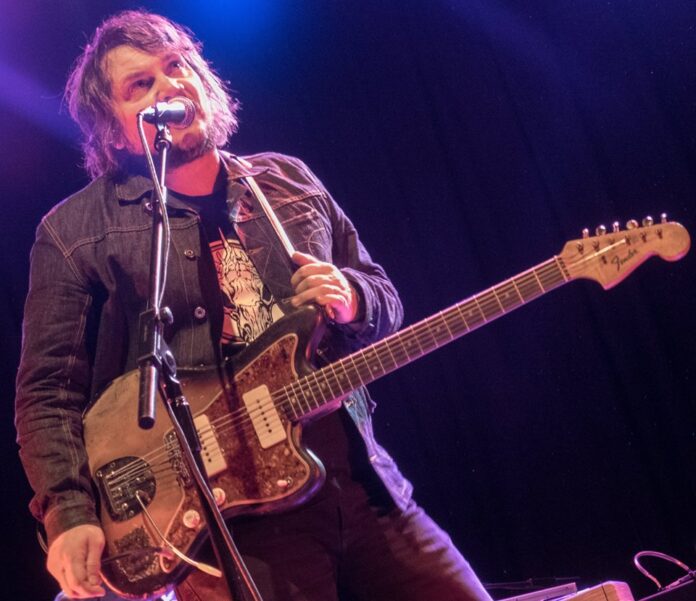 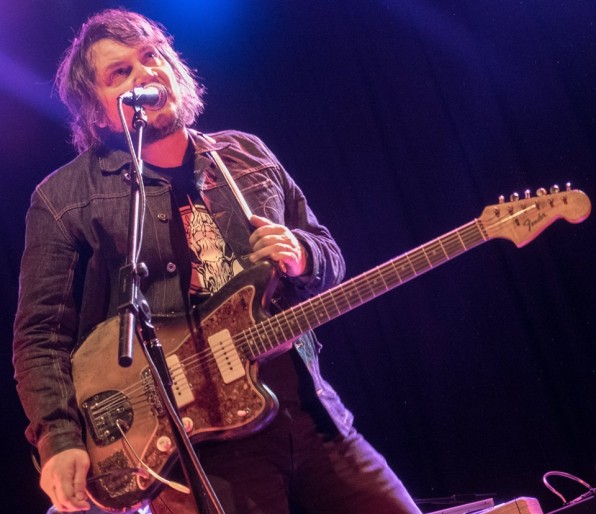 Wilco’s Jeff Tweedy was in Manchester to promote new album Sukierae, and delivered a goose-bumping solo slot. Steve Swift was there to smile.

As opening couplets go it takes some beating and as the song morphs into a dream-like quest for home, the “bold, but depressing” lyrics come from a place a million miles from where Jeff Tweedy is tonight. Via Chicago is the first of nine solo songs that separate full band sets by Tweedy in support of their album from last year, Sukierae. Wilco followers will recognise the significance of the song. In their shows, it’s the cue for strobes and disorientation as the percussive turbulence that subsumes the sweet major chord melody threatens to derail the song’s structure, like a metaphor for Tweedy’s own journey. Tonight those sequences are replaced by a delicate harmonica line and the song is rendered country-like, the lyrics perfectly audible in all their nightmarishness.

I can’t be alone in coming to the show for this quarter of it. Since 1995’s tentative country rock of AM, Wilco have provided all I need from a rock band. Tweedy’s vision has been to keep them moving ahead, each album up to 2004’s A Ghost Is Born an experiment in how to expand the confines of their music. Influences as diverse as Woody Guthrie and Jim O’Rourke have taken them further along the open-minded template with Tweedy’s own settling of demons leading to Sky Blue Sky  (2007) and a run of albums that has cemented their place in the major league alongside the likes of Big Star and REM.

In Manchester tonight, the solo Tweedy also  pulls out New Madrid from his days with Uncle Tupelo:

“All my daydreams are disasters
She’s the one I think I love
Rivers burn and then run backwards
For her, that’s enough’

Written as a young man, Uncle Tupelo owed as much to The Minutemen as Hank Williams and helped spawn the genre that now sprawls as alternative country. Tonight, I’m mindful that it’s taken Tweedy to step outside the Wilco behemoth to re-visit the material that lies at the very core of his inspiration. It gives me goosebumps hearing a song I thought had long passed me by.

Sukirae was largely made with his son Spencer and many of the songs on it are about his wife’s successful battle with cancer. Spencer is on drums tonight and very good he is too. The 13 songs from the album range from simply arranged, personal reflections (New Moon, Wait For Love) to the more experimental (World Away) in which Tweedy’s love of CAN is evident. As always, the introspection is rendered universal  and oblique and although his velvet voice sugar coats the lyrical  pain, he is smiling from the start. There is some great pop music on Sukierae and Low Key closes out the first hour, a song that could easily have sat on Wilco’s poppiest album to date, The Whole Love (2011). 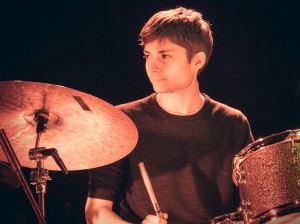 The Ritz is far from sold out but the Manchester crowd is on great form and the whole gig is a joy from start to finish. Wilco shows are known for their intensity and Tweedy has been prickly in the past. This is a far more relaxed affair, though, with plenty of extended banter. As a nod to northern England he introduces Spencer as “my lad” and he’s genuinely nonplussed when reminded about previous bad behaviour in the city. “But I’ve not had  a drink in 23 years, you sure that was me…?”

After the pin-drop silence that soaked up the solo spot, his band return for a five song finale including Mavis Staples, Neil Young and Doug Sahm covers. The two hours ends with a rousing California Stars – Woody Guthrie’s dustbowl lyrics set to maybe Tweedy’s most unashamedly commercial tune.

I’ve seen Wilco a fair few times and although they’ve consistently raised the bar in experimentation, virtuosity and chutzpah, I think this may be the environment that suits Jeff Tweedy best. It’s been a family affair, maybe that’s the secret. On tonight’s evidence, I doubt there are many more Via Chicago’s in the pipeline – and that feels alright to me.