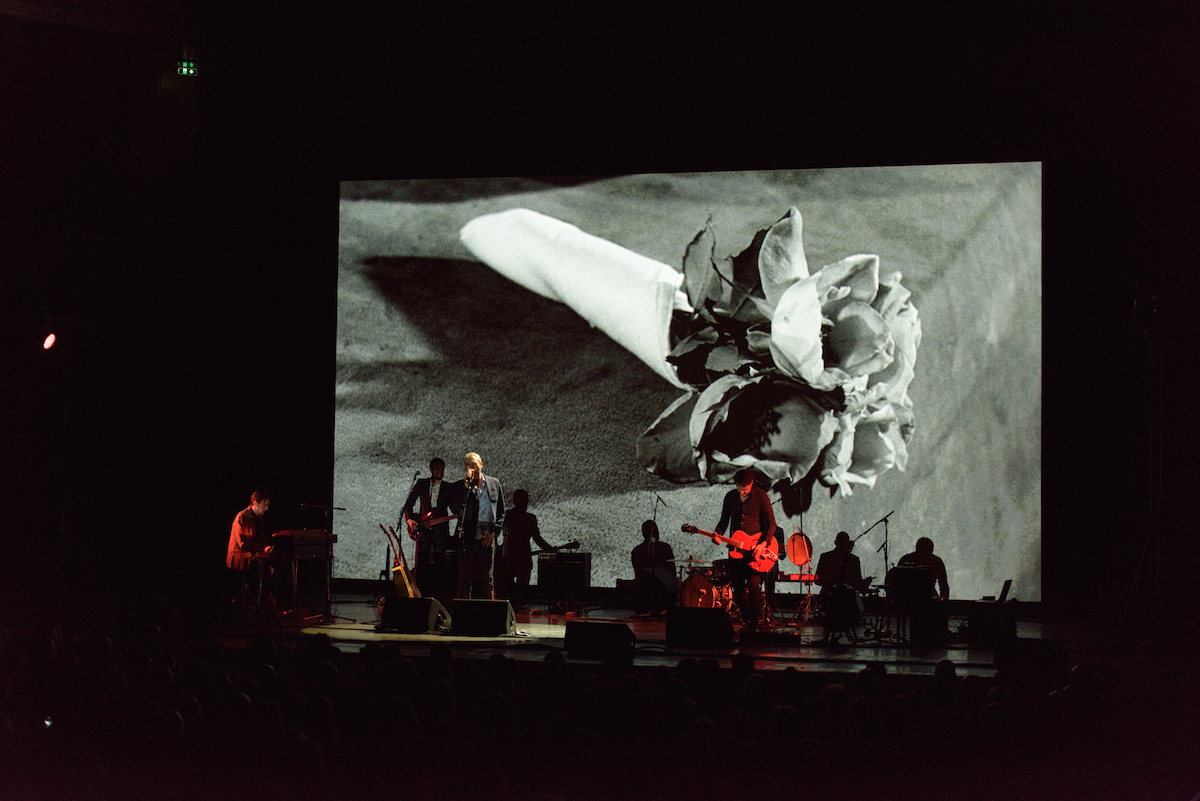 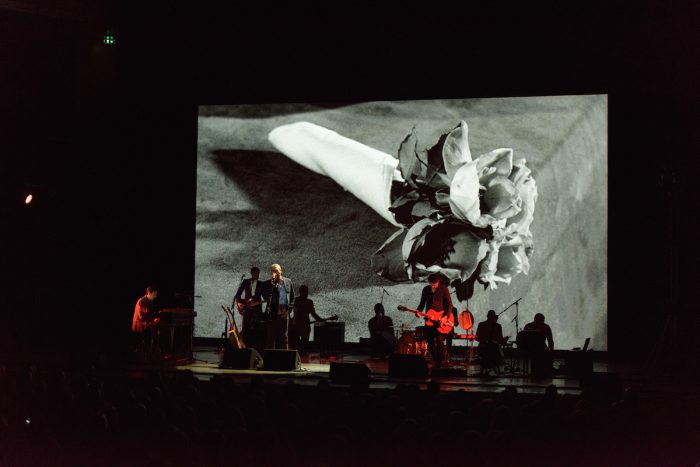 The purveyors of the finest misery Tindersticks, bring to life their latest album The Waiting Room in stunning fashion with a wonderful cine-concert.

Not one but two sets of epic tracks this evening from sombre legends Tindersticks, presenting their cine-concert in the second half they preface it with a plethora of older material. As they open this set with the astoundingly beautiful Johnny Guitar, Staple’s delicately picked cords backed by the muted tones of the band. However, this track sets the tone perfectly for this opening set.

The band merely reaching more than a canter, with these dour tracks that are heartfelt and passionate. Delivered with such exquisite ease, Boobar Come Back To Me sees the band at their most energetic in this first part of the evening. Yet it is one of the highlights as Staple’s delivery is compelling, he has the crowd in the palm of his hand whilst he delivers this exceptional track. 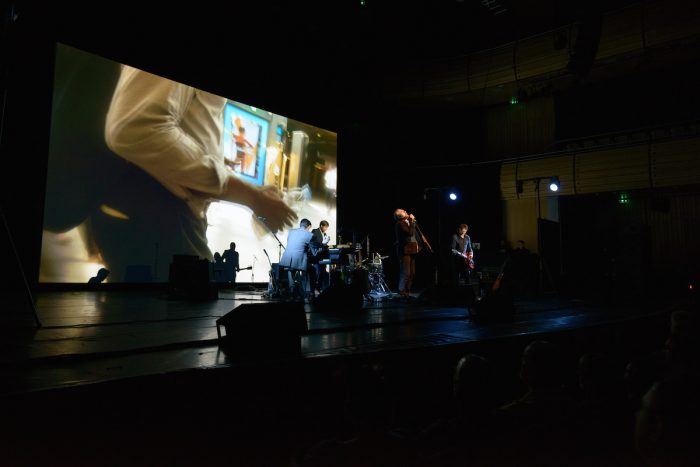 As they close out their set with a brilliant rendition of My Oblivion, they leave everyone with bated breath. After a short interval a huge video screen has been unveiled, as the soothing tones of Follow Me ring out the band re-take the stage. They set about playing their latest album The Waiting Room in full, and in order. These heavily textured tracks provide a density that perhaps lacked in the first half, yet this doesn’t diminish the power and the passion of the tracks.

Hey Lucinda quickly becomes an early favourite, but it is This Fear Of Emptiness that piques my interest most. This graceful instrumental is so sweet and elegant, truly captivating even in the absence of Staple’s sombre tones the track has the exquisite fragility to it. The same goes for the equally astounding Painting Holes, which feels more like a Segway between tracks but there is still this deftly elegant feel to the track. 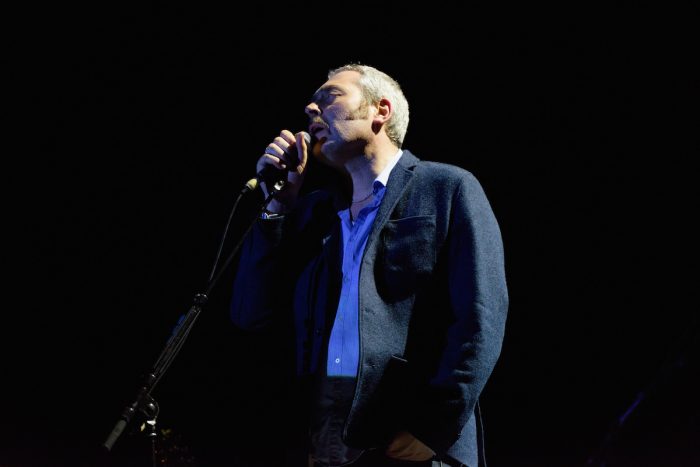 The accompaniment of the videos at times becomes something of a distraction, but for tracks like those above it fits perfectly. However, We Are Dreamers! Sees the whole crowd spellbound by the unravelling tale that is depicted behind the band, by far the most fascinating of the videos. That’s not to take anything away from the others as they all possess brilliant intricacies, that bring the songs to life.

They close out on Like Only Lovers Can, only to return for a final encore and as they finally close out on A Night So Still we’re left truly in awe. With songs from across their catalogue and the epic performance of their latest album, Tindersticks put on a beguiling show the crowd held firmly in the palms of their hands. A truly wonderful evening, from one of the finest bands around.

~
Tindersticks can be found online here tindersticks.co.uk. They’re also on Facebook and tweets as @TindersticksUK.