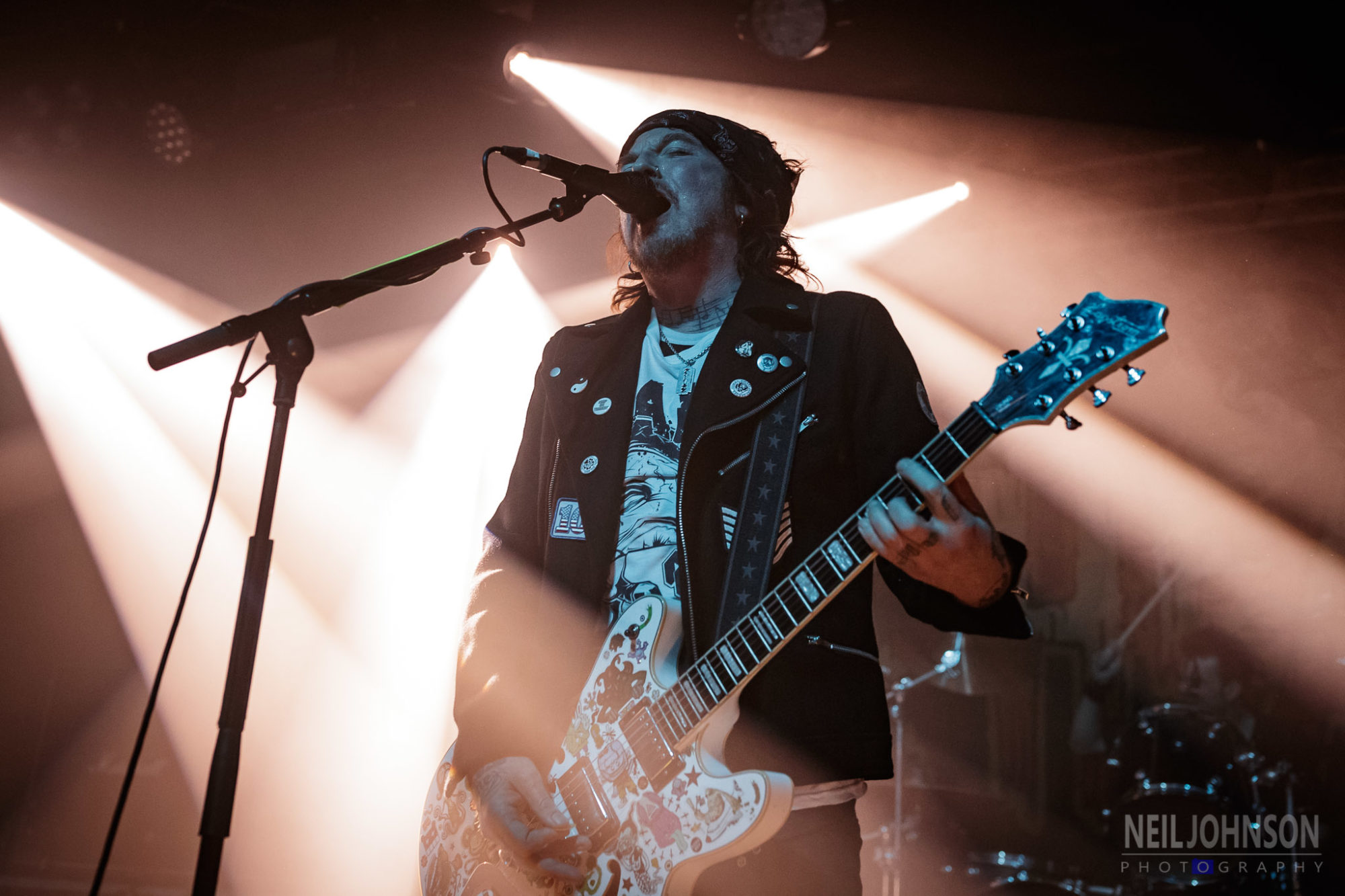 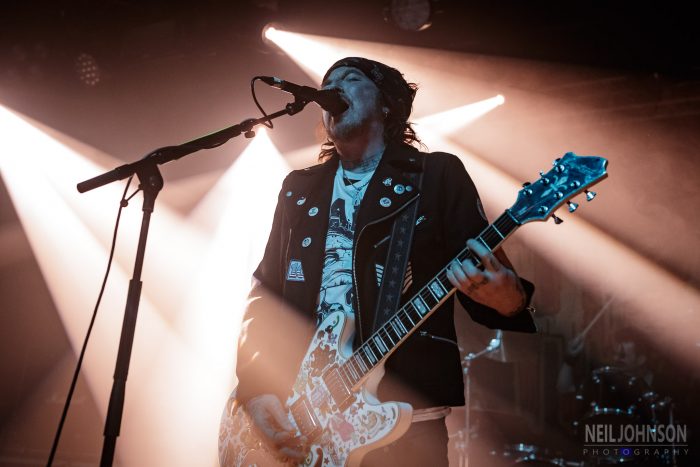 The Wildhearts bring the Fishing for Luckies tour to Nottingham, originally a fan-club-only release in 1994.  Neil Johnson was there to witness the love between Nottingham and the Wildhearts.

The Wildhearts were a big part of my youth, I still remember the summer’s day my mate handed me a C90 cassette with Earth Versus The Wildhearts that he had borrowed.   I listened for a few days then headed over to Martins record shop in Ashby to see if I could get some more of their stuff, I came out with a weighty plastic bag including P.H.U.Q and a hand written note explaining how to get hold of a super rare album called Fishing For Luckies that was only available via the band’s fan club.

There was something special about The Wildhearts, a perfect blend of radio friendly melodies and raucous rock. Ginger is a natural frontman for a rock band, in his early years he was in the Quireboys and opened for Guns and Roses in 1987, before being asked to leave because he drank too much and sounded too heavy.  Shortly afterwards he founded The Wildhearts, a name he dreamt up when he was 14.  The band has seen immense turmoil with labels and internal problems with drugs and mental health.  Standing at Rock City waiting for the show, it occurs to me that it’s actually a minor miracle that the band are still here and that their old label hasn’t tried to prevent them from doing the show at all.

The band come out on stage to Inglorious, Ginger is beaming from ear to ear, clearly enjoying the reception from the Rock City front row!  Half way through Sick Of Drugs, the band are in top form, grinning at each other and settling into the show.  The crowd are just as happy, singing along to Ginger’s lyrics.  They are as tight and energetic, 25 years of practice and passion effortlessly inject the show with energy.

The setlist for the show is basically the tracklisting from the UK CD pressing of Fishing for Luckies, plus a few tracks that I don’t think have ever been played at the live show before.  The encore included some crowd pleasers, like Suckerpunch and Geordie in Wonderland.

As usual, I have put the setlist in a Spotify playlist, only missing Duck Song, but you can find that on youtube if you do a bit of searching.

Highlights from the show for me were Sick Of Drugs, Geordie In Wonderland, which is guaranteed to blow the roof off, and I Wanna Go Where The People Go.

Rock City might not have been sold out, which was a shame, but those that were there experienced the Wildhearts doing what they do and as well as I have ever seen them do it before.