Home Dance Goldie To Return With New Album This June 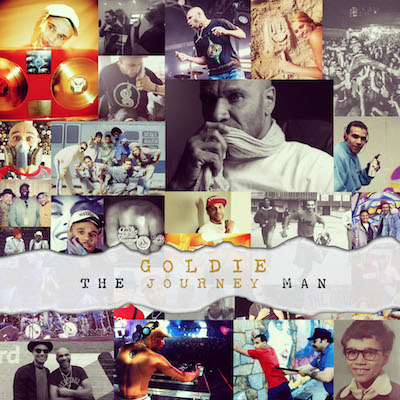 Exciting times ahead as it has been announced that iconic DJ/Producer/Artist Goldie is to release his first full length album since 1998.

16 June 2017 sees the release of the brand new triple album, entitled The Journey Man, by acclaimed artist Goldie. This will be his first full length release since 1998’s envelope pushing Saturnz Return.

Talking about his approach to music making the man himself states; “I often look at music not so much as a producer but like a director. You’re drawing together engineers, performers and arrangers to create something special, something magical. It’s like alchemy. The notes, the music, the lyrics, they’re all in my head and each element has to be communicated and brought to life to create the finished track. I’m always inspired by great movie directors – people like Stanley Kubrick and PT Anderson – and, if you think about it, it’s quite a similar approach. They start off with a vision and then they use that vision to deploy the actors and the cameramen and the editors in order to create the finished film.”

The Journey Man is sixteen tracks in total and features a host of collaborators including vocalist and songwriter Natalie Duncan, who was discovered when chosen in the three-part BBC series Goldie’s Band By Royal Appointment and later provided the vocals for Goldie’s 2012 single Freedom. Other featured vocalists on the album include Terri Walker, Tyler Lee Daly, Natalie Williams, José James, Naomi Pryor as well as Goldie’s wife, Mika Wassenaar Price.

The first song to be released from the album sees Goldie working with Ulterior Motive. You can listen to I Adore You below.

The Journey Man will be released via Cooking Vinyl and Goldie’s own Metalheadz label.

Full Track listing is as follows:

The Journey Man is available for pre-order now at:  https://goldie.lnk.to/TYM