Home featured, blogs, The Velvet Hands: Back on a Winner – single review 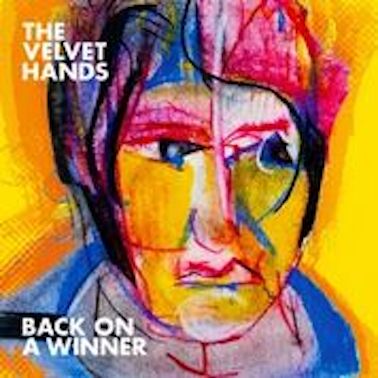 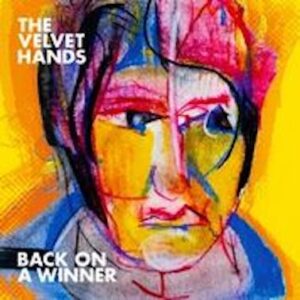 Back on a Winner

Who wouldn’t want a new single from the Velvet Hands? If you don’t already know their music, the band feels at once totally original while bringing together sonic elements of the past, from the sounds of T. Rex and the Ramones in the 1970s to the Strokes and the Libertines in the early 2000s.

The band wouldn’t be what it is without those earlier influences, yet the members of The Velvet Hands continue charging a path forward for themselves with hit single after hit single. Back on a Winner is another track you’ll be playing on repeat. Following their #SaveOurVenues single When This is Over, the band’s new release is a double one: there’s an A-side electric version, and a B-side acoustic version. That accompanying acoustic version features Cornwall singer-songwriter Jazz Urell in what proves to be a haunting and lo-fi reimagining of the band’s enticingly retro sound.

On the A-side, relentless guitars drive the raging lyrics. Those words are marked by bemusement with the “one percent” who, despite financially having it all, are just so uncool. Like the band says, Back on a Winner “sums up the universal feeling of wanting to eat the rich, preferably served on a bed of their gold leaf caviar.“ I’ll let you get a sense for yourself with a few of the verses:

He’s got a motorcar,

He’s got a real job,

He’s got fifty-thousand things I couldn’t dream of.

He’s got a haircut,

A real good one,

Maybe he’ll just let me sweep it off the floor when he’s done,

He’s got a hedge fund,

A real big one,

Maybe he’ll just let me spend it when he’s done.

It’s not his fault,

I was laid off,

But he makes my life so fucking tough,

I got a Molotov,

These are the kind of things that dreams are made of!

The lyrics are cutting, and the vocals are everything you’d want to accompany them—like a glorious mélange of Marc Bolan, Joey Ramone, and Handsome Dick Manitoba. The single has a bridge that breaks the repetition unexpectedly, then builds frantically back to the catchy, yes-it-will-get-stuck-in-your-head chorus:

I’m back on a winner,

So get off my back!

I’m back on a winner,

So get off my back! 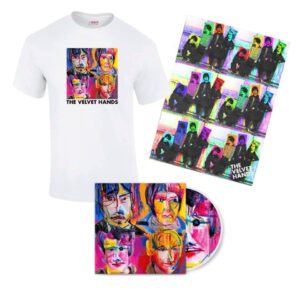 For the acoustic version, the band explained how they made plans to work on a future single with Jazz Urell, and it “turned out her thing was country-style acoustic,” which ended up meshing with their idea for the flip side of the pop-alt-punk original. With Urell, the Velvet Hands “messed around with it in the studio, found a tremolo pedal, cranked up the Gretsch, and gave it a go!”

Like me, I suspect you’ll be wishing for a vinyl release and a music video to match. In the meantime, you can buy limited edition merch for the single while you wait.

Listen to the new single here: