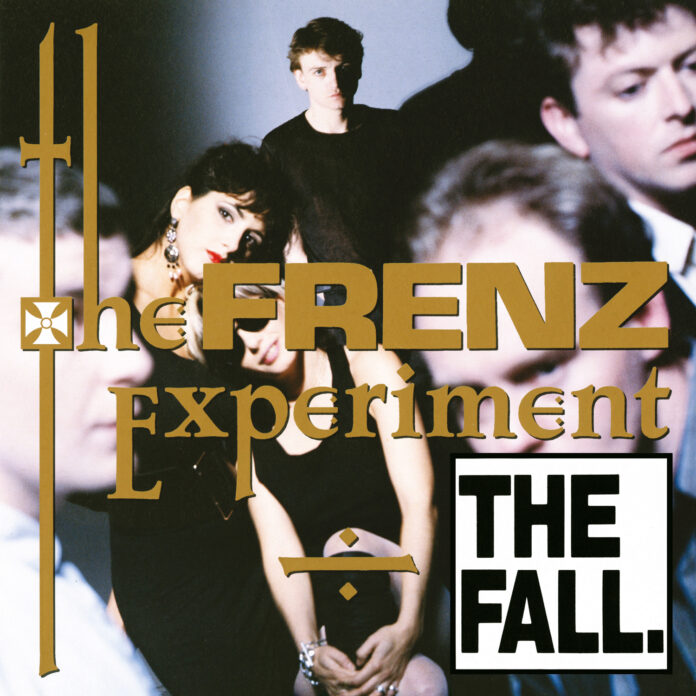 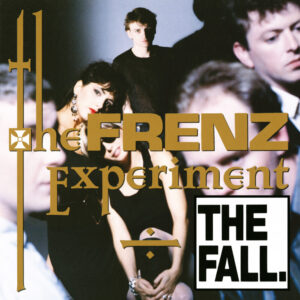 This week’s reissue of The Fall’s 1988 The Frenz Experiment album has slipped out practically without any fanfare, yet some releases, such as the imminent double vinyl and extended Imperial Wax Solvent are hugely anticipated, not least because it contains a previously unreleased mix of the album.

Since the passing of Mark E. Smith in January 2018 it seems hardly a month goes by without a previously unreleased live CD appearing, or a remastered and repackaged recording being released. The latter, from Cherry Red and Beggars Arkive especially are generally all well received.. As I’m sure the forthcoming releases by Demon will be. The care and attention that’s going into them is appreciated and clear to see.

Whilst ‘The Frenz Experiment’ was their most accessible album at the time, it now seems to be the most underrated and unloved. Not least by the band themselves, in some biographies it is practically written out!

Please indulge me as I feel the need to write in defence of this ‘black sheep’ released during one of the most productive peaks of The Fall’s history. I confess, this was the first ‘new’ album by the band which I bought on the day of release. I got into them via compilations, free singles given away by the Music Press, and the singles, There’s A Ghost In My House and Hit The North. The group seemed to be everywhere in 1987/88, on TV and in the Music Press.

With hindsight I can understand if there was some disappointment amongst fans, in their view the unprecedented run of high quality and celebrated releases, most recently the classics This Nations Saving Grace and Bend Sinister coming to an end. (That said it was only after the 2019 remaster of the latter that we got to hear how it should have sounded in the 80’s if Mark hadn’t insisted on the original release being mastered from a cassette).

Those who had been followed the band since Live At The Witch Trials and Dragnet were perhaps getting frustrated with the more polished and slightly commercial sound, as well as the apparent ‘selling out’ in the media. (If Twitter had been around at the time you would likely to have been seeing #notmyFall trending).

Looking at the package and listening now, there is an ’80’s sheen to it. There is certainly an effort to smooth out some of the rough edges, with a touch of glamour being added by Marcia and Brix. For the first time it appears that Mr Smith is ‘playing the game’, whether due to matrimonial or record company influence it certainly helped it sell. Following on from the previously mentioned ‘hit’ singles, it entered the Album Chart at 19, the bands first inside the Top 20.

At the time of release, when you compare it to what was happening, it was like a breath of fresh air. The Music Press were still reeling from The Smiths splitting, Bros and Grolsch bottle stoppers were ‘a thing’ and ‘hair metal’ thanks to the likes of Guns N’ Roses and Poison had been riding high. It’s worth noting that although the Indie Charts featured acts such as New Order, The Sugarcubes, Soup Dragons and The Primitives, that bastard Pete Waterman and his mates were starting to take hold with Kylie Minogue hitting the No 1 spot with I Should Be So Lucky in ‘proper chart’ as well as the Independents the week The Frenz Experiment came out.

Listening to the extended version of The Frenz Experiment album on vinyl I stand by love of the album. The double set covers all recordings made in 1987 (with the exception of the Day In The Life cover which appears on the extended CD along with a ‘previously unreleased’ session for Janice Long). 21 tracks in total, the original album plus the singles and b-sides released from the R Dean Taylor cover, the all conquering Hit The North and the Kinks cover, Victoria, which preceded Frenz by a few weeks.

Back in the day I was expecting something akin to the singles to kick it all off.. but that wasn’t to be. Fontaines DC have been open about their influences and I think this is most obvious on this track. I’ve read that Mark and the band may have been on autopilot during these sessions. There is certainly a looser feel to some tracks such as Carry Bag Man, Get A Hotel, and The Steak Place. This may have been a departure for many, but I put this down to Simon Rogers production. Not that that is a criticism in any way. After all, the front man was never scared to take things into a new direction, even if it meant losing some of the audience in the process.

This package does contain two of my firm favourites, the driving Bremen Nacht and superb Guest Informant. Although the late period Beggars-era has previously been collected a 5CD box I enjoyed listening to the b-sides again. I rememberer buying the 12” of There’s A Ghost In My House at the time and was a little confused and pissed off by tracks accompanying it… Sleep Debt Snatches,  Mark’ll Sink Us, and Haf Found Bormann. While not all essential listening it amuses me now how arguably their most commercial release is backed by such weirdness.

The liner notes (excellent as always from Daryl Easlea) suggest there was sense of it being a missed opportunity. I don’t disagree that there are other tracks which could have led to a stronger album, certainly Hit The North and Australians In Europe, but not all of the band’s best work was ever on albums. I’m grateful for the record we did get, and glad this re-release is showcasing it so that people can give it another chance.

Having collected The Fall since 1987 and being a disciple at the the alter of Mark E. Smith and the Fallen since, I like to think this is the sound of a band relaxing a little, letting loose and allowing themselves to have a good time during a creative peak. After all, within 6 months the band would be performing the acclaimed ballet with Michael Clarke, I Am Kurious Oranj, as well as releasing it as their second album of the year.

The legacy and tenure of the The Fall is such that every music lover worth their salt has a ‘first Fall album’… this is mine, and I wouldn’t have it any other way.