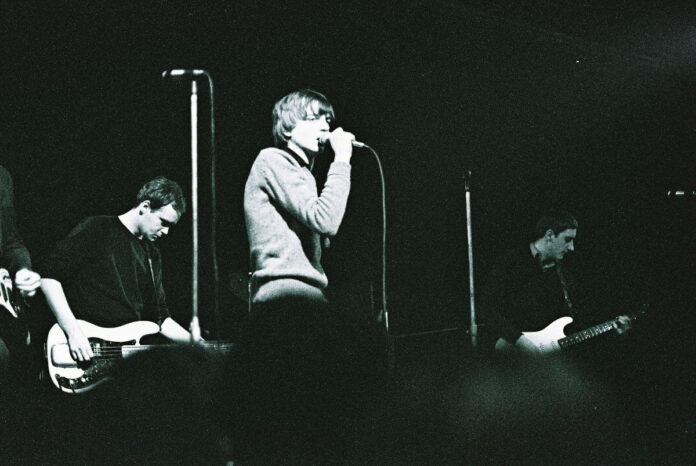 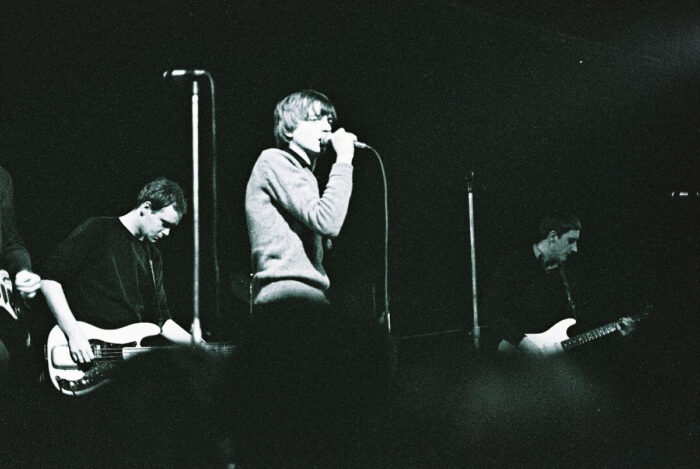 Castle Face Records have announced that they are to release a new live album from The Fall next week with 50% of profits going to Manchester homeless charity, Centrepoint.

On the LP, Marc Riley says: “I stumbled upon the link to the recording of the St Helens Technical College gig on Twitter. I started to listen and recognised it as one of the better sound-board recordings I’d ever heard. Knowing John (Dwyer – of Osees and Castleface Records) was into The Fall I sent him the link just for him to enjoy. He got back and said it was one of the best live Fall sets he’d ever heard and asked if we were cool with him releasing it. So I contacted Steve and Paul Hanley, then Paul got in touch with Craig Scanlan – and within the space of a week, we’d given Castleface the ‘OK’ from four of the five Fall members on the recording. The fifth, of course, being Mark E Smith who is no longer with us. I believe (from a mate who is armed with a functioning memory and was there on the night) the gig was poorly attended. So much so that the Promoter attempted to pull our fee…which resulted in him being pushed to the floor by our manager Kay Carrol. Sounds about right.”

On the song, Riley says: “This was the first time Craig and I saw down to purposefully write a song for The Fall. He (and Steve) had just joined the band and I remember we were sat in the front room of my house going over riffs and stuff. I came up with a sequence that (in my mind) was akin to The Stooges Tight Pants/ Shake Appeal. Of course, it ended up nothing like it…but once we all got together in the rehearsal room it came together as a pretty ferocious beast. Particularly once MES started weaving his bitter magic and the pounding drums kicked in.”

When we spoke to him last year, John Dwyer told us that he had a few surprises in store from Castle Face for 2021. He says: “I’ve had the pleasure of being a Fall fan since I was a teen. I was lucky enough to have some guidance from my local record shop stoner-lords. They turned me on to many of my heroes, but once I heard my first slanted and barky Fall song, I was part of the army for life. The word prolific gets tossed around a lot. It almost seems like a slag-off in the press, as if they wish the artist would produce less so they wouldn’t have to do their self imposed job of judging releases for the rabble. The Fall is subjected to this lazy word often. Yet I can honestly say that I am SO thankful for any nugget of Fall that lands at my feet and in my brain. Live Fall performances are always a pleasure because they seem to take what already made the Fall great and push it even a bit more into the rough and bloody uncharted wasteland that is drug scorched proto-punk and heady political poetry.”

Castle Face will be donating 50% of the profits to Centrepoint, which helps the homeless in the Manchester area get back on their feet, so the local and deserving Fall fans get a little, and give a little back, too.

Live At St. Helen’s Technical College ’81 will be released on Castle Face Records, run by John Dwyer of Osees, on Friday the 19th of February and is available here on pre-order.