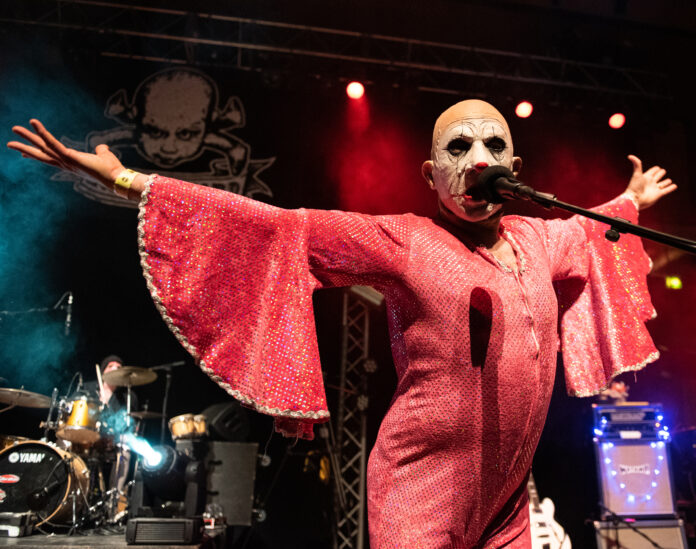 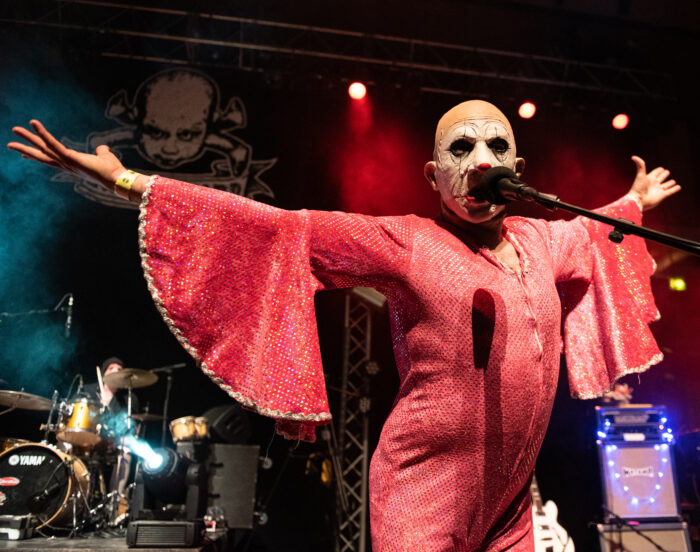 As if we didn’t have any suffering over the last year! Filthy Dirty, the infamous Abba loving theremin abusing mad bastard is back to unleash the misery with a new solo album The Rise And Fall Of Blasphemouth that’s gonna fuck us all up. It’s being released as a limited edition vinyl run on April Fools Day on Evil Blizzard’s own Cracked Ankles Records label. You can fool all your friends by pre ordering it to land on their doorsteps. Can you imagine the surprise on their little grubby faces when they open a parcel full of shite? Joking aside it’s a proper blast of Filthy’s own take on the Blizz sound. Sinister, eery, loud as fuck, full of dubbed up tunes and harsh metal sounds with a slice of Abba thrown in. To top this off there’s a song named All My Friends Are Cunts. Worth every penny and no refunds. Filthy explains the reasoning behind the project…

“OK: I’m always writing stuff, often for Blizzard, often for fun. I used to write TV themes and stuff so I’m used to thinking in terms of 30 seconds impact (weirdly the polar opposite of Blizzard!) so I have hours and hours of snippets. There was about 5 or 6 Blizzard songs we’d tried, played and not worked out and last year I was having a bad time. In hindsight I had a minor breakdown in Jan/Feb 2020 (life shit) and just when I was getting better along came Covid.”

“Lockdown was great for me at first but after a few months I needed to ‘do’ something. Couldn’t focus long enough to draw which is a love of mine so I went back to music, but without having my Blizzard mates around me to back me up. And we are mates, band or not, but the band is always a ‘live’ vibe writing wise. So to occupy myself I revisited these old songs to see if any might work when we got the chance to play together and realised they weren’t that good. But kept going as it distracted myself. I started as a drummer so enjoyed getting behind the (electric) kit, have always been interested in production so enjoyed the recording process and also got very, very drunk on a regular daily basis. So new tracks happened, old songs changed and I had fun.”

“I played it to the Blizzard lads and Stomper was really encouraging saying I should release it. So I did. It’s a mixed bag in terms of styles but that’s my tastes. I never listen to Sabbath or Hawkwind or whatever Blizzard get compared to so it was nice to have a bit of goth or soundtrack or dub without having to make it ‘feel like Blizzard’. But the whole thing was a break, a distraction. Blizzard will be back, I miss the lads musically but sadly not personally as most of them live within half a mile of me so we’re always chatting shit over hedgerows. We’re pals.”

Not really a single release as such, but an excuse for Filthy to show his video making skills which he quotes “Watch out Speilberg” Check it out below. A welcome return from the masters of theatre and noise, full of crunching bass and the sound of what we can expect from the next Evil Blizzard album. Excellent (or shit) as they say…